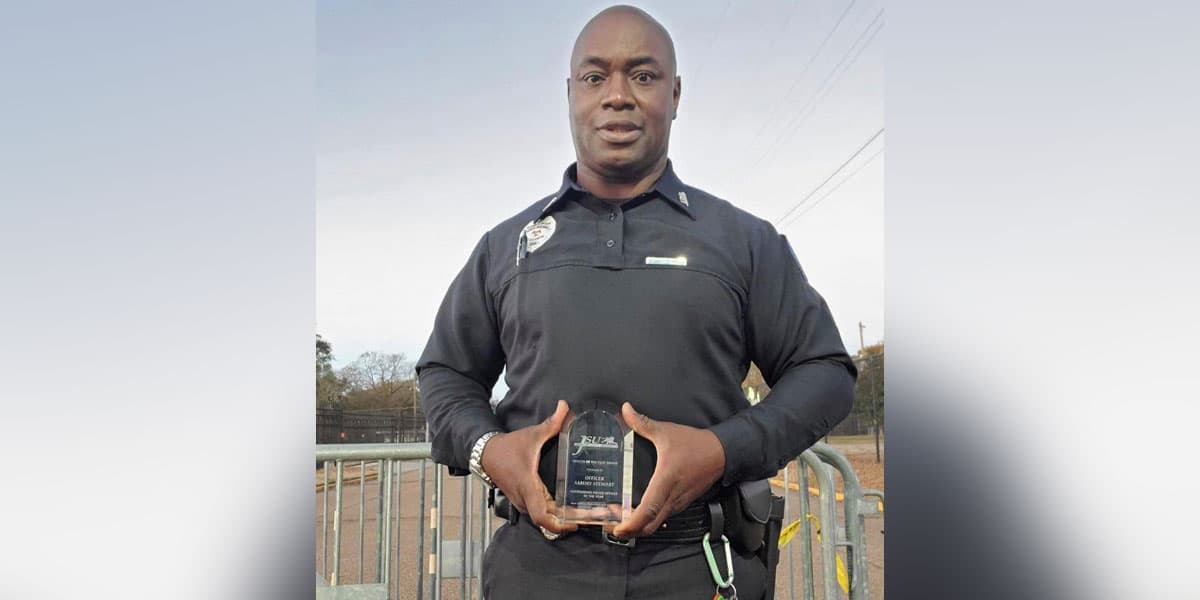 Vicksburg native Sammy Stewart was named the Jackson State Campus Police Officer of the Year this month for of his hard work and dedication to his job.

Stewart grew up in Vicksburg where he had a rocky past. His father died when Stewart was 13, which forced his older brother, Eddie, to step into that role. But Stewart hung around with the wrong crowd, which landed him in trouble.

In 1992, Stewart witnessed a man assaulting a woman, and he decided to intervene and help her.  Before he knew it, Stewart found himself fighting both the man and his brother, and he was stabbed with a 6-inch blade.

The incident made Stewart realize that he had a talent for protecting people. He eventually met local men like the Rev. Casey Fisher and Johnny Williams who helped him change his life for the better.

Stewart was eventually hired at the Warren County Juvenile Detention Center in 2014 by Kathy Holden. There, he was known for being an officer great at reaching out to help the troubled teenagers in the facility.

“I enjoyed being around the kids, and I thank Kathy for taking a chance on me,” Stewart said.

Although Stewart had a troubled past, people like Vicksburg police officers Bobby Jones and Eric Paymon never gave up on him, and he could always turn to them for help.

Stewart has been employed with Jackson State University since October 2019, and winning the officer of the year award is a huge accomplishment for him.

“It makes me shoot for more goals,” Stewart said.

Stewart credits his wife, family and faith for his success.

“My family is the supportive people that I have,” he said, “and I thank them all for sticking with me through every step of the way.”