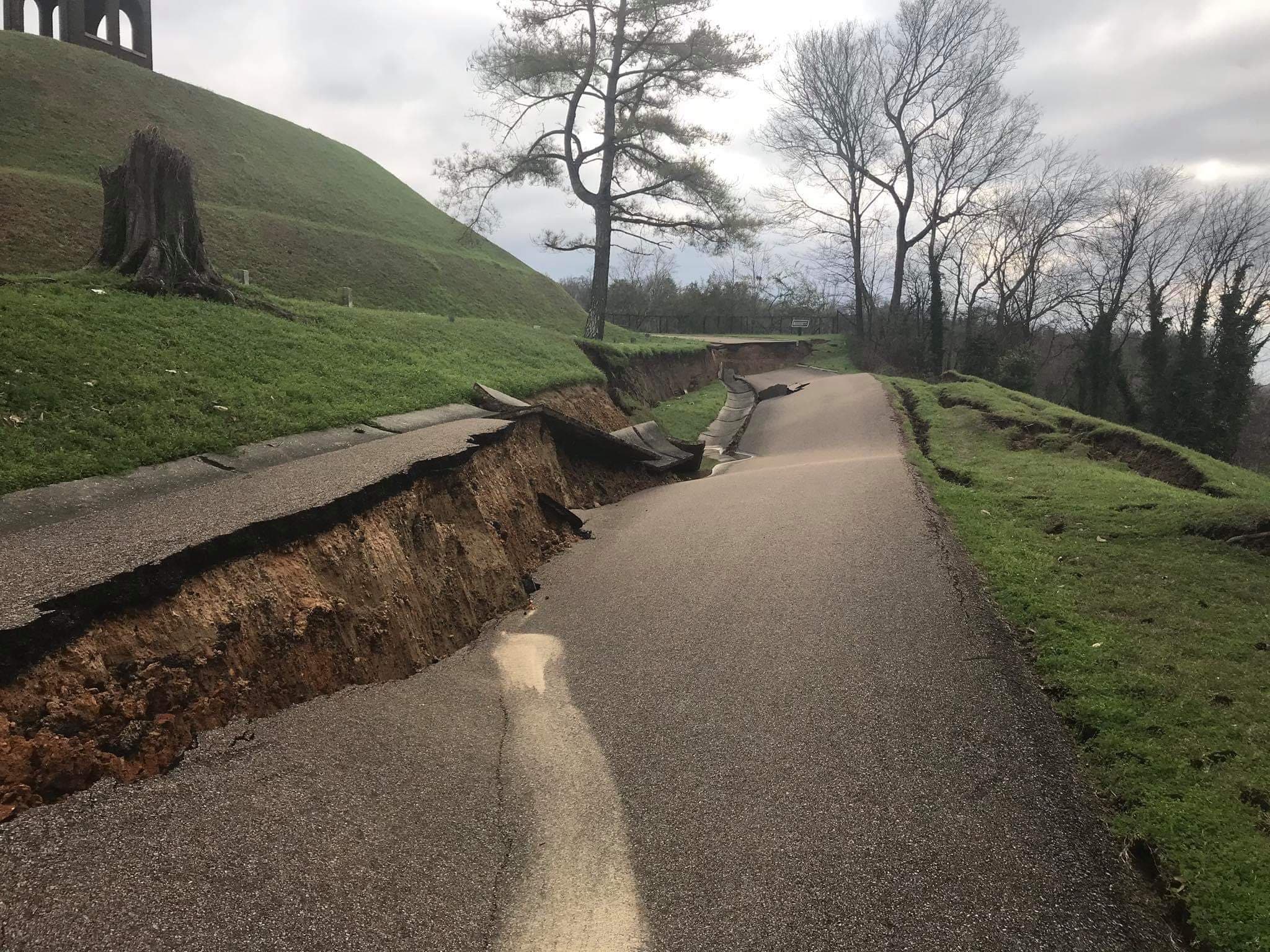 A major slide near the old entrance to the park on Cemetery Road (the loop around the Vicksburg National Cemetery in the northwest near the U.S.S. Cairo Museum) caused the road to buckle and collapse.

This video shows the damage from below off Washington Street.

The area around the Mint Springs Bridge on the connector road from Fort Hill Drive to Union Avenue (the only road open to the U.S.S. Cairo Museum) is showing serious erosion.

Erosion near Mint Springs Bridge. Note the large drop-off on the left.

The park closed North Union and Grant avenues on the northern edge of the park to vehicles and pedestrians because of road erosion on Feb. 12.

A bit further to the south, Old Jackson Road, which crosses under Confederate and Union avenues in the park and runs  from Culkin Road east of the park to Martin Luther King Drive on the west side, closed again Thursday due to mudslides.

Mudslides on Old Jackson Road closed it down again on Thursday. 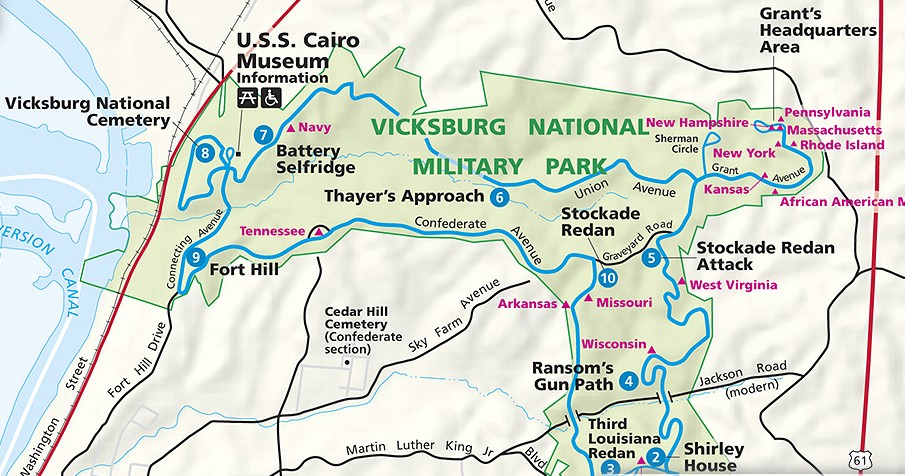 This section of the park map is where the damage and road closures are referenced in this story.

Single-vehicle accident on I-20 brings traffic to a standstill

Bond set for suspect in shooting of four Alcorn students