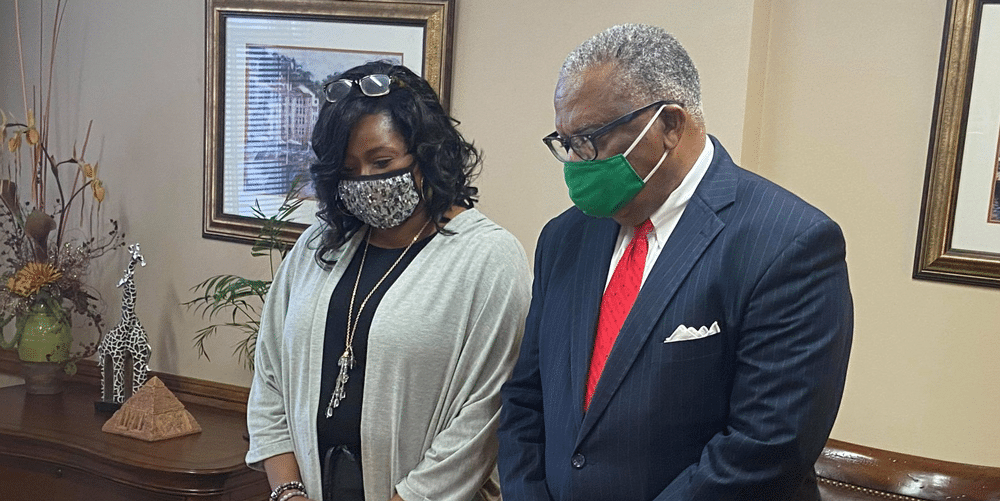 “I’m just looking forward to the challenges ahead, and I think I’ve done everything I’ve set out to do,” Flaggs said, “and I now want to continue to continue the progress to put this city in a better position than I found it, and I want to thank the voters for allowing me to serve this far, and I hope they continue to let me serve.”

Flaggs first became mayor of Vicksburg in 2013 after spending 25 in the Mississippi House of Representatives. He spent most of his political career as a Democrat but switched to being an independent in 2018. At one point he considered running for lieutenant governor.

Since being elected eight years ago, Flaggs has led the city during some tough times including the COVID-19 pandemic and the Vicksburg water crisis in 2017 that left  29,000 individuals without water.

Flaggs is known for having big connections on the state and national level as he has been frequently seen with big-name politicians including former Gov. Phil Bryant, Gov. Tate Reeves and former president Donald Trump.

Flaggs has had many supporters over the years. He will soon hit the campaign trail to show the citizens of Vicksburg that he wants to remain their leader.

At this point, no other candidates have qualified or announced their bids to unseat Vicksburg Mayor George Flaggs.

Feb. 5 is the deadline for candidates to qualify for municipal offices. Elections are scheduled for June 8.