Vicksburg Mayor George Flaggs Jr. named as one of the 25 Most Influential African Americans in 2019 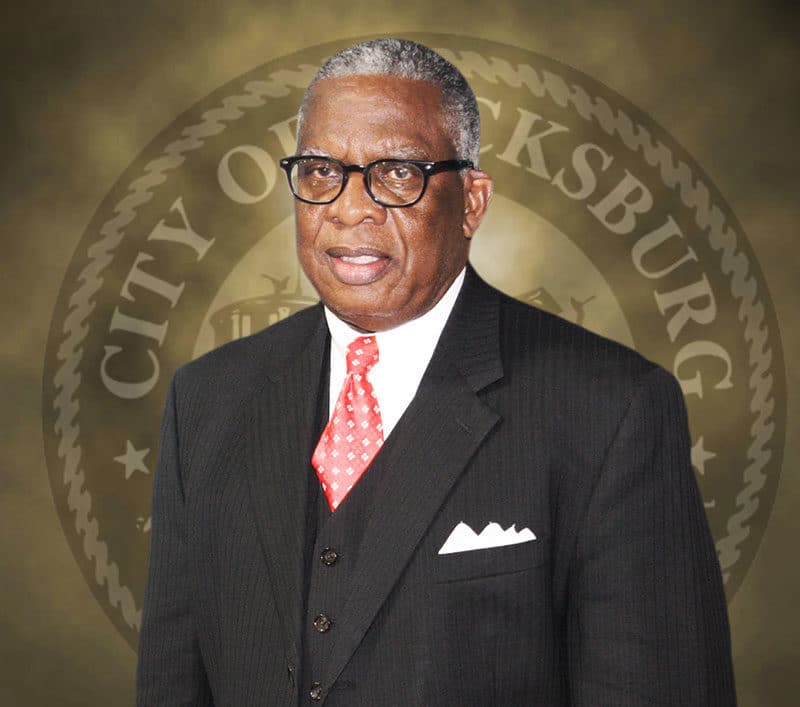 Our Mississippi Magazine has named Vicksburg Mayor George Flaggs Jr. as one of the Most Influential African Americans of 2019.

“The individuals were selected by an independent panel of state-wide business and community leaders from nominations received from the public,” the magazine’s publisher Wesley Wells said in a press release. Wells said dozens of individuals were nominated in categories that included business, education, politics, religion, media and servant leadership.

“This is one of the highest honors I’ve gotten,” Flaggs said.

“As a matter of fact, anytime you can be honored while you serve, it is a special high honor. I could not have achieved this without the people of the City of Vicksburg.”

Flaggs, 66, is a lifelong resident of Vicksburg. He grew up in a segregated Mississippi and says of his upbringing and parents:

“My daddy … never wanted welfare or any government subsidy, so he worked three or four jobs. He cut grass. He parked cars … He couldn’t read or write, but he was one of the smarted men I’ve ever known.

“My mama had a 6th-grade education. She didn’t go to work until my youngest brother went to school. She became a cafeteria worker, a cook, because she was a dynamic cook. She could cook anything.

“But more importantly, what they gave all of us, all seven of us, is the opportunity to get an education. They told us about the value of an education.

“My daddy always said ‘honesty and integrity should be a part of who you are.’ And there’s one thing I can tell you about a Flaggs. We was tested. My mama used to leave a quarter on the dresser. That quarter stayed there until my mama picked it up. She always told us, ‘Don’t touch any money that doesn’t belong to you. It is more honored to work than to steal.'” 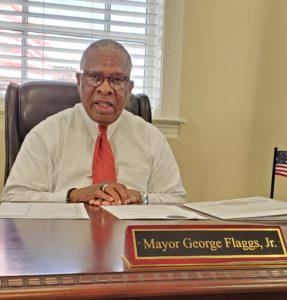 Flaggs also credits his father for instilling into him his reputation as someone who can work with anyone.

“A lot of that comes from my daddy,” the mayor said. “He didn’t care what kind of job he did. He had a reputation with people. They didn’t see his color; they saw him as George Flaggs. And the fact is, when I ran for office in 1987 and told them I was George Flaggs son, the rest was history.”

Even as a young man growing up in Jim Crow Mississippi, Flaggs believed there were opportunities available for him.

“I didn’t have sense enough to understand it,” he said about that time. “I had a lot of fun when I was growing up. When I was coming up I didn’t take life seriously. I temporarily dropped out of school for a short time in the 8th grade, and I was hanging out under that tree [in Marcus Bottom].”

Flaggs says his life’s path changed when a concerned teacher got involved.

“Every campaign I’ve ever started, started under that tree in the Bottom. I have a great deal of admiration and respect for those guys I used to hang out with.” 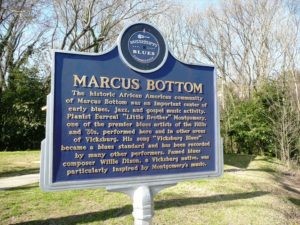 Flaggs served for 25 years in the Mississippi Legislature. In 2013 he pursued his life long dream—and challenge—to become mayor of the City of Vicksburg.

Election night was an emotional one for Flaggs. He recalled the challenges of being a young black man in Mississippi during the civil rights struggle.

“You will never hear me talk about racism. You will never hear me worry about racism,” he said. “Racism motivates me. What you say about me is not who I am. Who I am is what I want to be and what I do to make a difference. I tell kids to not get caught up in no emotional thing. The racial elements of society, all it does is deteriorate you or deter you and emotionally drains you. If I had gone by some of the things people called me when I was coming up, I would have never walked out of the door.

Flaggs went on to say the way to change those hearts and minds is to, “show them you are a leader and lead by example.

“I get a lot of respect. Black and white people vote for me. Republican, Democrat, I get criticism from everybody, but I just, I do what I do. And I think that is the reason I was recognized, because of my relationship with people.

Flaggs said that during his tenure as Mayor, one of the biggest challenges he has faced was in 2017 when the city’s main water supply line blew out an end cap and cut off water to the city. The end cap was under 15 feet of floodwater, and initial estimates were that it would take two weeks to repair. 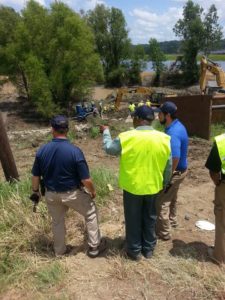 Mayor Flaggs with MEMA staff during the water outage in 2017.

The monumental challenge was to construct a levee around the leak to hold back the floodwaters. Then workers had to pump out the hundreds of thousands of gallons of floodwater inside the levee area before they could get to the muddy bottom to dig down to the broken cap. The enormity of the task was overwhelming, Flaggs said.

“That got me, people without water. They told me it would take about a week or two to get it restored. I told them we’re going to get it in five days. I stayed up all night,” he said. “I’d do it again. It’s just that you have to lead by example. That impacted me more than anything. I just couldn’t see our city being without water.”

The job can be heartbreaking, too, like the day a friend and staunch Vicksburg ally was killed.

“I went and saw Miss Sharen Wilson at Kuhn Memorial Hospital, face down. And I had to tell her family that I identified her” Flaggs said with emotion. “That’s a part of being Mayor.”

The mayor begins his mornings early and in reflection.

“I start there because it’s all in your preparation. God gives us the power to empower. Not to front your power, and talk about power, and boast about power. But to do something for somebody else.

“What I want is for every employee who works for the city to be glad they work for the city and to better themselves. That’s why the minimum [wage increase] is important. [Anyone working for the city] is just as important to this city.

“If I lived a legacy that teaches kids that you can doubt, I’ve lived wrong. I firmly, unapologetically believe in God. I have faith. I have a focus that is unbelievable, and nobody is going to take that away from me.”

Just as he was challenged by his teacher Dena May, Mayor Flaggs challenges today’s youth.

“Stay in school, stay off drugs, stay off alcohol and become the best they can be,” he said. “And by all means, stay in Vicksburg, and make Vicksburg better.”

A gala and reception honoring Flaggs and the other recipients of the Most Influential African Americans for 2019 will be held this upcoming Friday, Aug. 23, in the Hilton Jackson (1001 East County Line Road, Jackson, Miss.).

For additional information on the 2019 honorees and to purchase tickets to the event, please visit the Our Mississippi Magazine website.