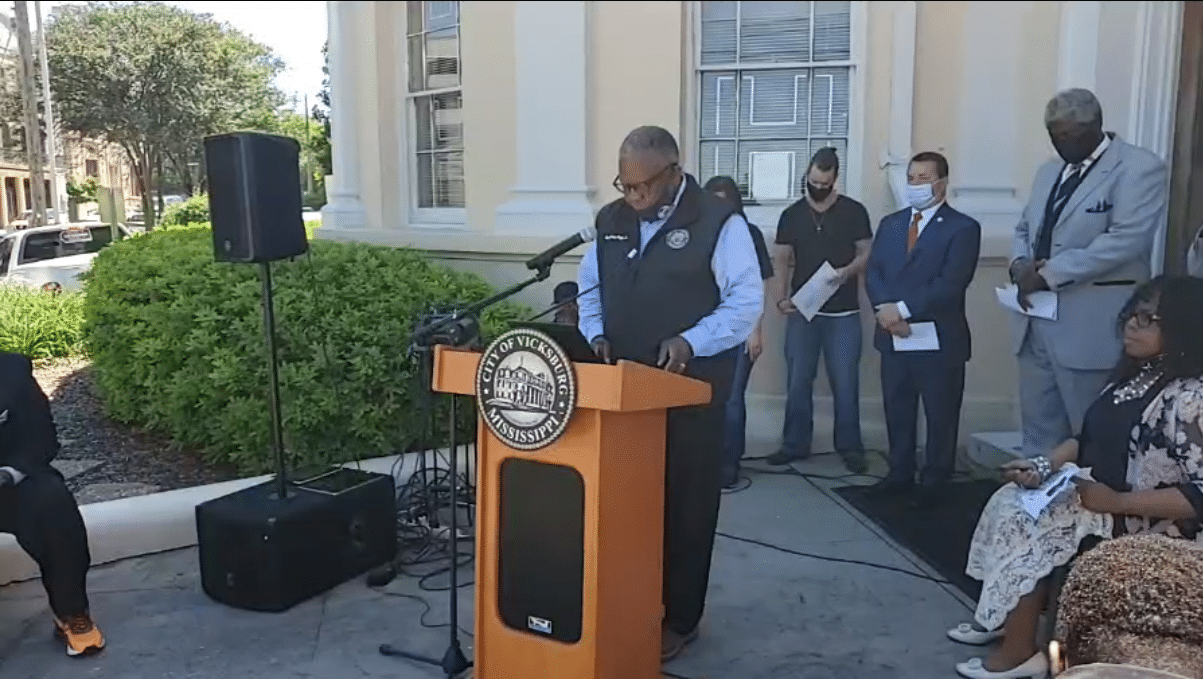 Mayor Flaggs took the podium Thursday to celebrate the National Day of Prayer.

Each president has since signed a proclamation each year designating the Day of Prayer.

In an opening to the annual event, Flaggs spoke of the recent storms that hit the area and how it was miraculous there were no deaths associated with the events. “In Vicksburg, prayers work,” Flaggs said. “If you believe, you are on my team.”

Flaggs was followed by South Ward Alderman Alex Monsour, who led the crowd in the nation’s Pledge of Allegiance.

From there, song and dance followed, which definitely got the crowd energized and segued into a string of prayers.

You can watch the event from VTV below: