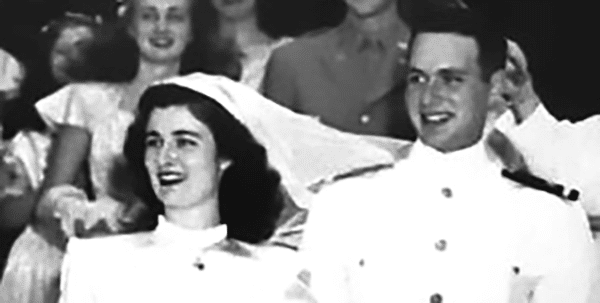 Born in Yazoo City, Mississippi, on Wednesday, March 16, during the Great Flood of 1927 on the top floor of her family home, young Betty spent her youth between the farming community in Yazoo and the political world in Washington, D.C. As a child, she stayed in the same D.C. boarding house that Woodrow Wilson had stayed in when he was a child. 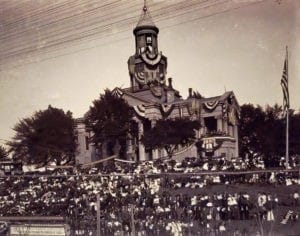 Betty Bullard’s close relative John Sharp Williams was a minority leader in the U.S. House of Representatives before becoming a U.S. senator from 1911 until 1923. On Oct. 21, 1907, Williams is the man who introduced President Theodore Roosevelt to the Vicksburg community on the steps of what is now the Old Court House Museum. Bunting, flags, and huge pictures of the president decorated the courthouse, and throngs lined the terraces to hear the president speak from a platform on Monroe Street. 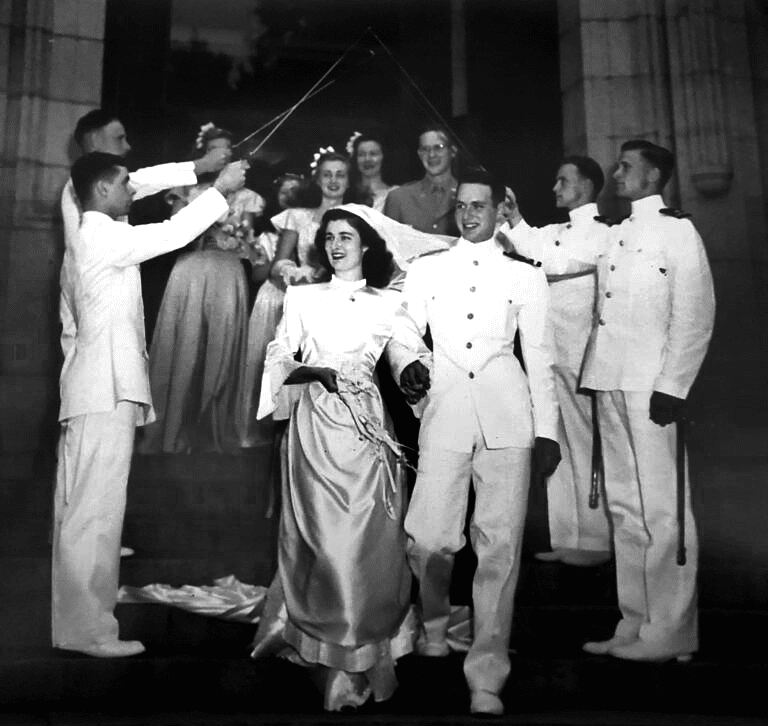 Betty and Nathaniel Bullard on their wedding day, June 7, 1947. Betty married Naval Academy graduate Nathaniel Bullard on June 7, 1947. In 1953 they and their three children moved to Vicksburg where they had five more children. Nat eventually set up shop as an attorney and involved himself in local politics culminating in his election as mayor. He served from 1973 to 1977.

While her husband was mayor, Betty started a real estate business to augment the family income by buying, renovating, and selling numerous properties around town. 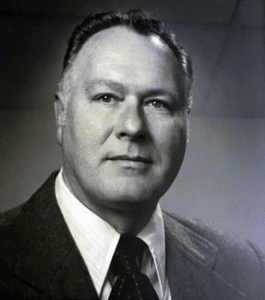 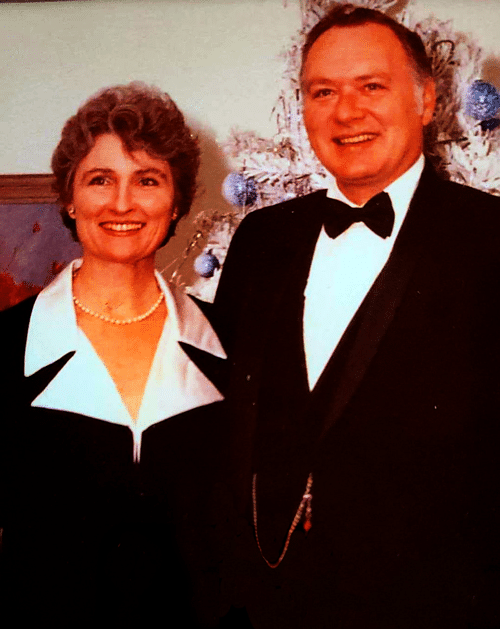 Betty and Nathaniel (courtesy of the Bullard family)

In 2005 Betty Bullard started the Main Street Market Café with her son-in-law, Chris Fink. The restaurant was reminiscent of the Tea Room she operated a few years before. Main Street Market is still in operation with Chris and his wife, Sally, Betty’s daughter, in charge.

Betty Bullard was involved in almost every aspect of Vicksburg’s life at one point or another, but her greatest joy was celebrating with her family on Dauphin Island. The annual trek involved as many family members as they could gather. It was a memory she cherished and ensured would continue. 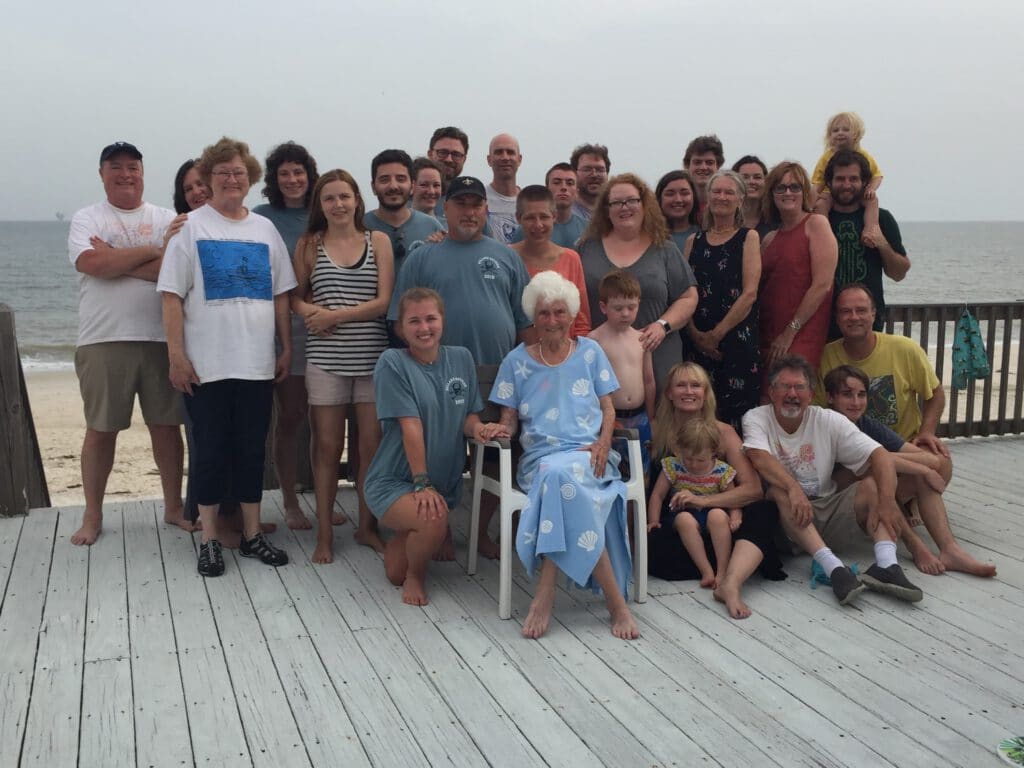 Betty Bullard surrounded by her children and grandchildren at Dauphin Island. (photo provided by family)

In 2009, Bullard was appointed to the board of the Vicksburg Convention and Visitors Bureau where she was able to express her passion for local tourism.

“I never saw her when she didn’t have a big smile,” said former VCVB Executive Director Bill Serrat. “She was an American princess who lived a charmed life. She had a great influence in the revitalization of this historic district. The Tea Room on Harrison — she’s always been out there improving the community and working the front lines of tourism.”

Her home, The George Washington Ball house was a part of the annual Vicksburg Pilgrimage. One of the first homes in Vicksburg, it was reportedly built in 1822, 3 years before Vicksburg became a town. Bullard purchased and restored the home in 2004 making it her residence. Along with Anchuca owner, and dear friend, Tom Pharr this led to a renovation of most of the homes in that area that was once called downtown. 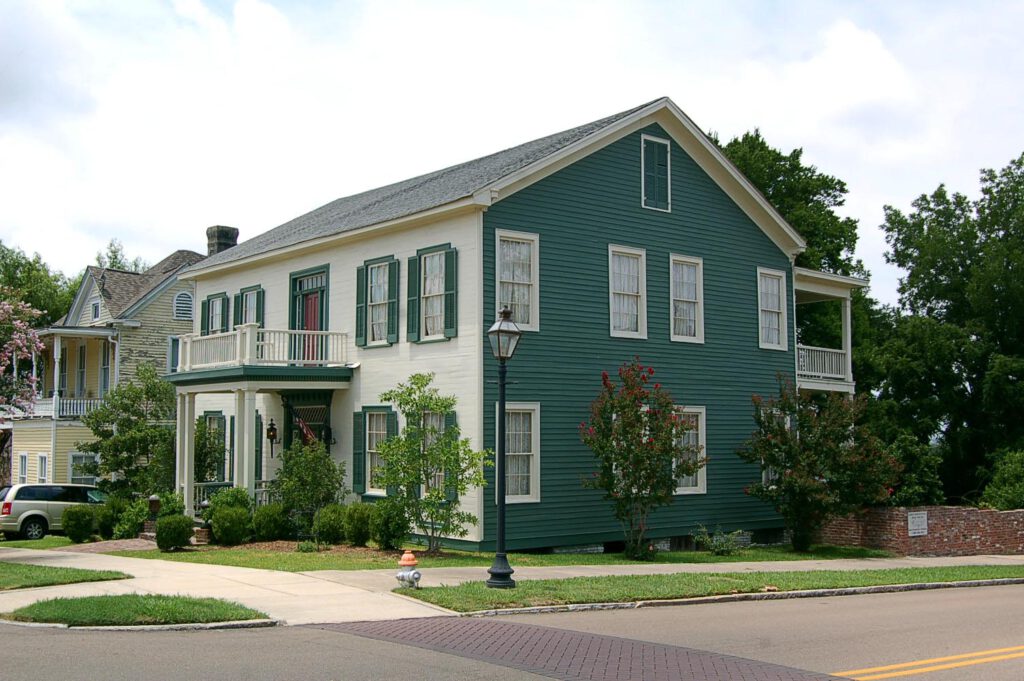 Mayor George Flaggs offered “It is with sadness that as Mayor of the City of Vicksburg I offer my condolences to the family of Mrs. Betty Bullard, her family, and friends on her passing. Mrs. Bullard and family have been true servants to our community for many, many years, and may her deeds be remembered forever in Vicksburg, Mississippi.”

The arrangements for Mrs. Bullard are pending.