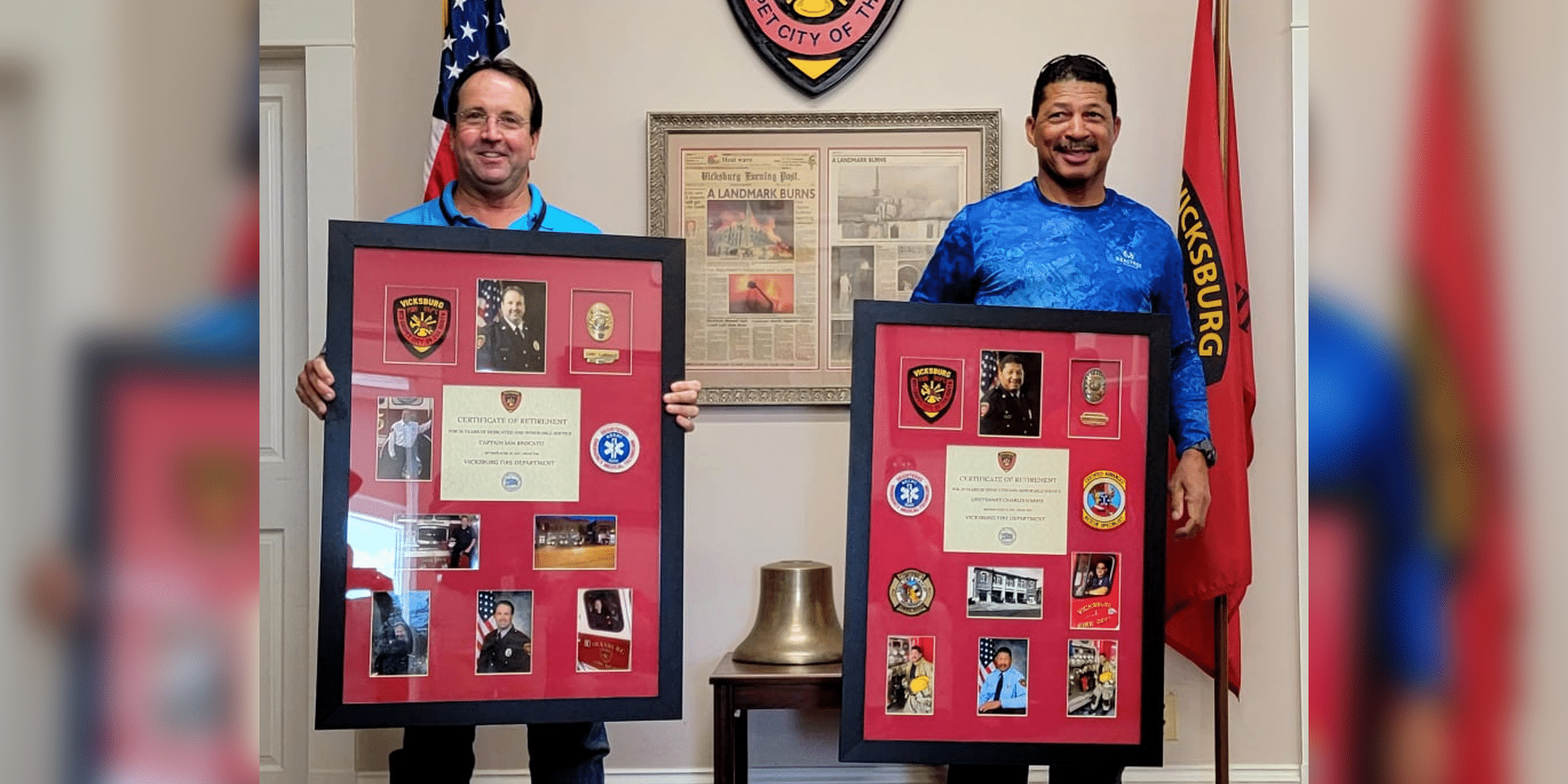 The Vicksburg Fire Department bid farewell to several dedicated members on Wednesday as they began to settle into retirement.

Lieutenant Charles Harris served with the department from March of 1992, devoting 29 years of service to the community.

“I’ve learned a lot of stuff working with a lot of these different guys,” stated Harris as he addressed the room. “I hope my presence here helps a lot of these guys coming on. Maybe they can pick up where I left off at.” 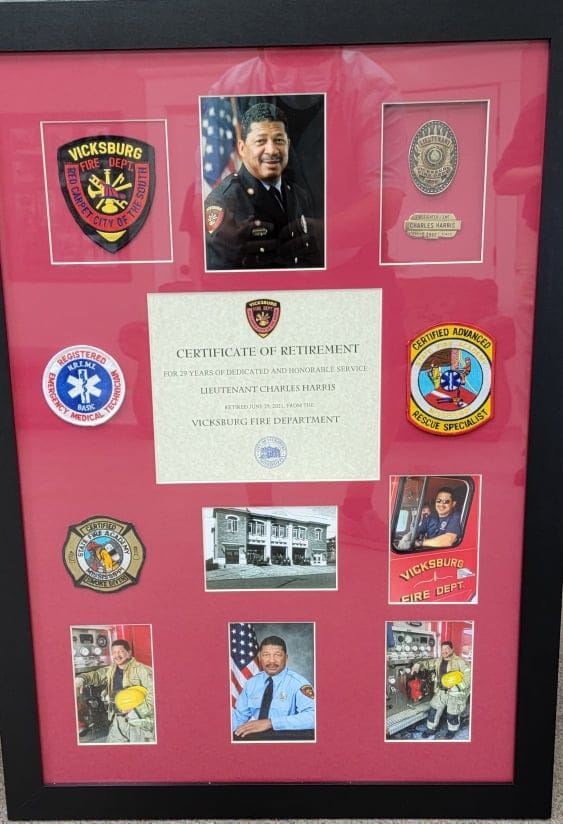 Captain Sammy Brocato retired after 26 years with the department. Brocato began serving Vicksburg in May of 1995.

“Doing what you love to do is a calling. It comes from your heart,” stated Brocato, addressing his former colleagues. 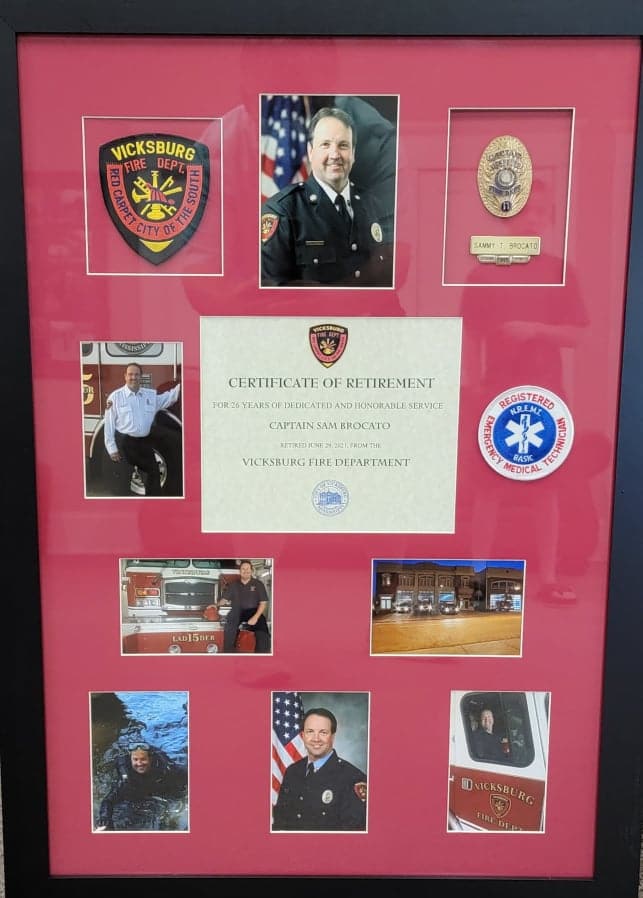 Captain Barry Cole served Vicksburg with honor since October of 1990. Cole has retired after serving over 30 years with the department. He chose not to attend the retirement celebration.

We wish to convey our many thanks to these heroes for their unwavering dedication to the community and for their vigilant efforts in keeping us safe. On behalf of the community, thank you for your service.