A series of events broke out across Vicksburg around 10 p.m. on Saturday. 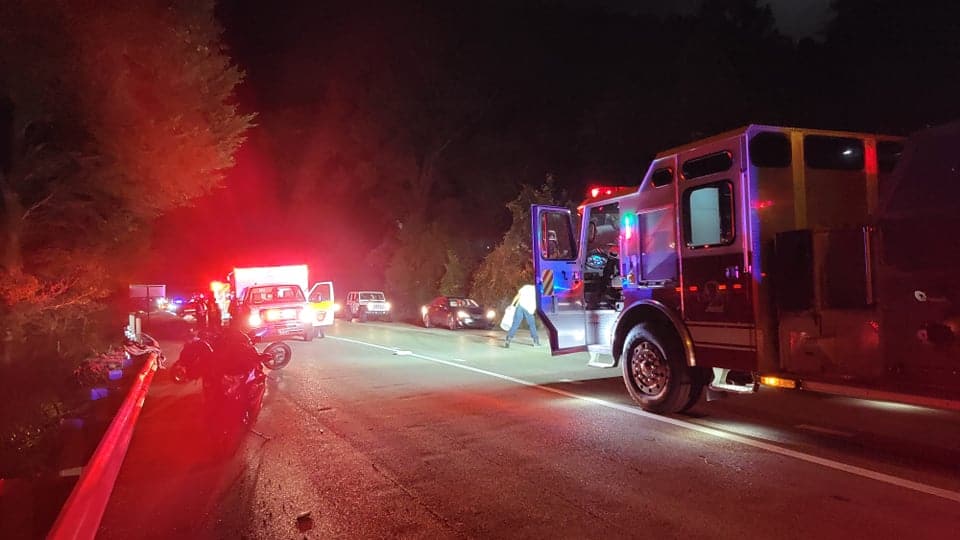 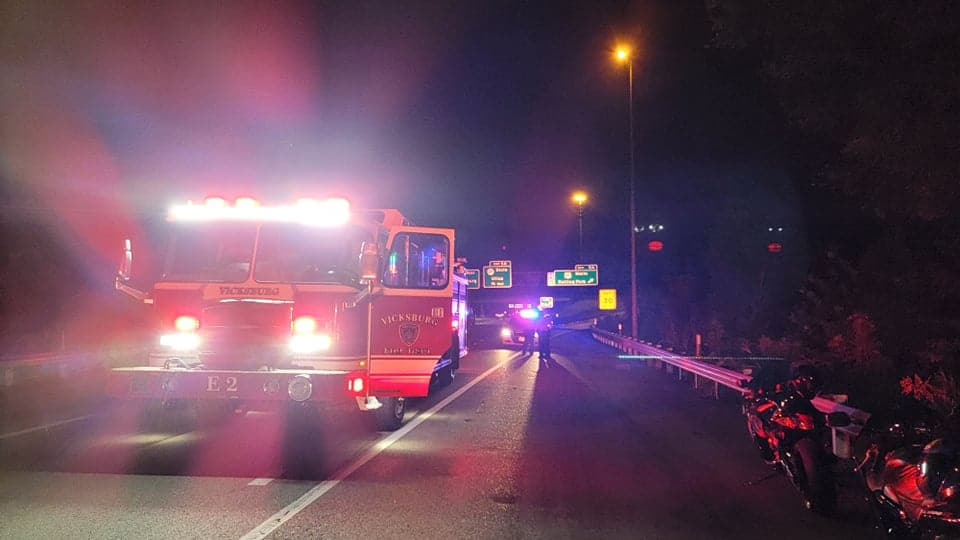 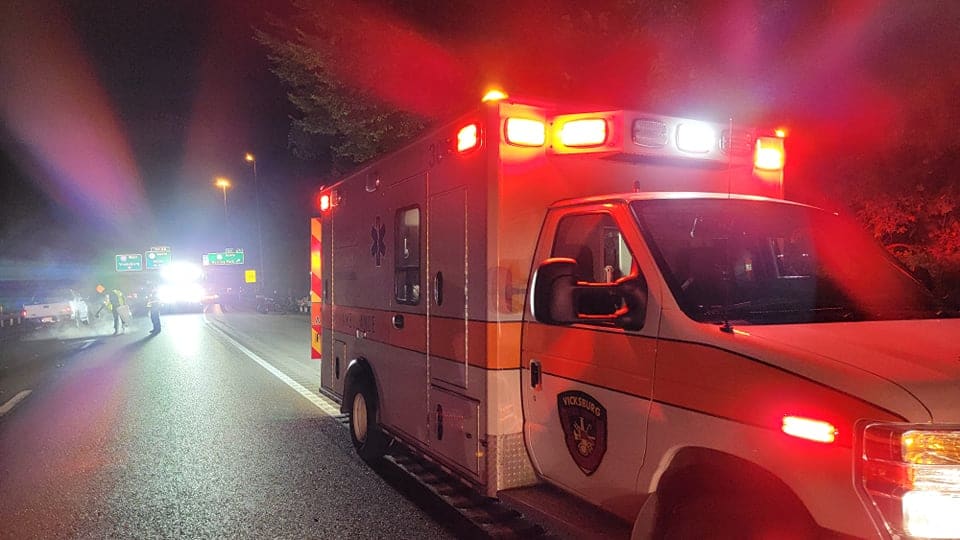 Reports are that all parties involved sustained injuries. One was taken for further treatment and the other two were able to walk away from the scene. 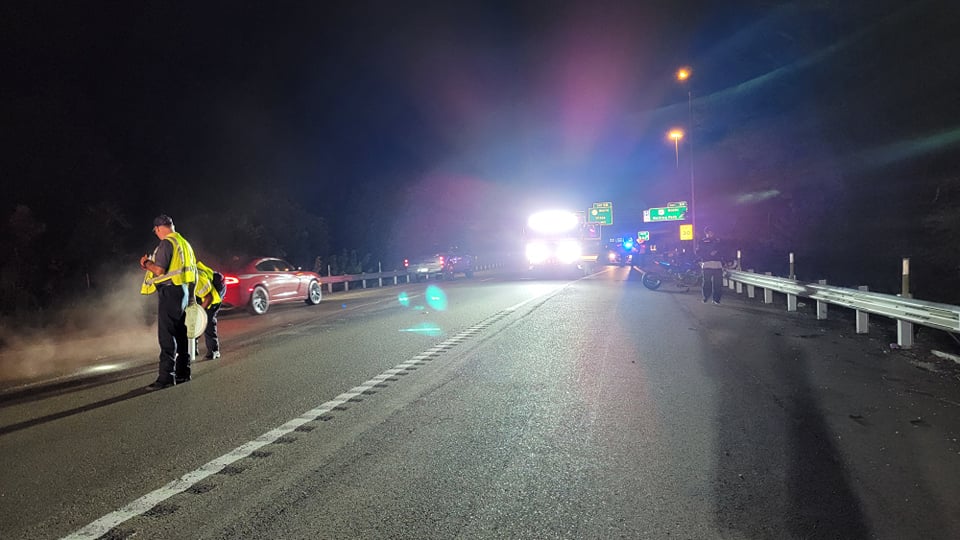 One rider was taken to Merit Health River Region with minor injuries. (Photo by David Day)

Another incident occurred on 3rd North Street. Reports indicate a home was shot into.

Vicksburg police are en route to investigate. No injuries have been reported.

A third incident on U.S. 61 South near Dana Road has police units searching the area around Crossway Church.

Numerous calls were received of two men chasing a woman down the highway in the southbound lane. She ran up toward Crossway Church. Shortly after someone called in a report of shots fired in the area.

A fourth incident occurred behind the Boston Market on Clay Street. A group of teenagers gathered in the area when an argument reportedly broke out. 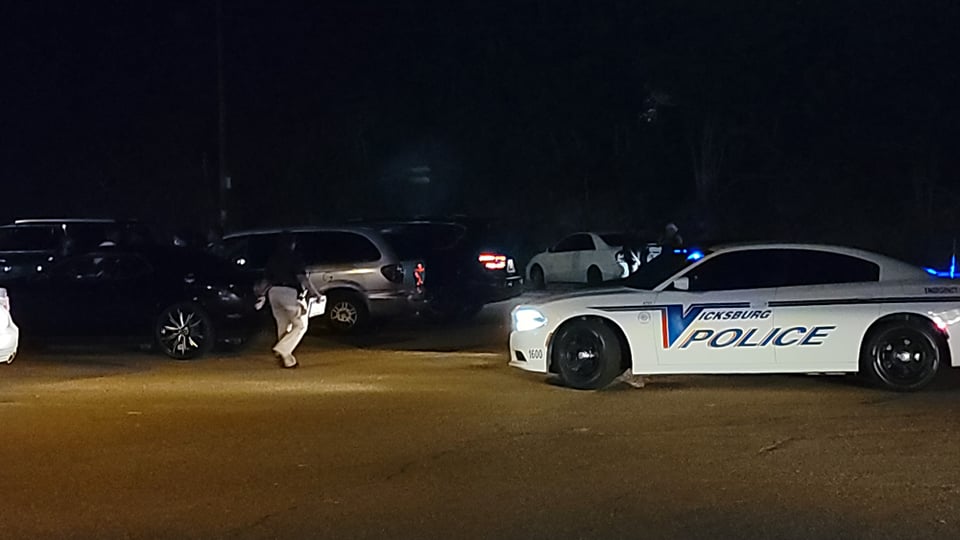 A green Tahoe was reported to have attempted to run over an individual in the crowd. (Photo by David Day)

A green Tahoe was attempting to run over a football player in the crowd. No one was reported to be injured. However, the Tahoe did strike another vehicle before leaving the scene.

Multiple units are on scene.

As part of a subsequent investigation of the scene, a 14-year-old was found in possession of a weapon. The teenager was taken into custody and is currently at the Vicksburg Police Department. 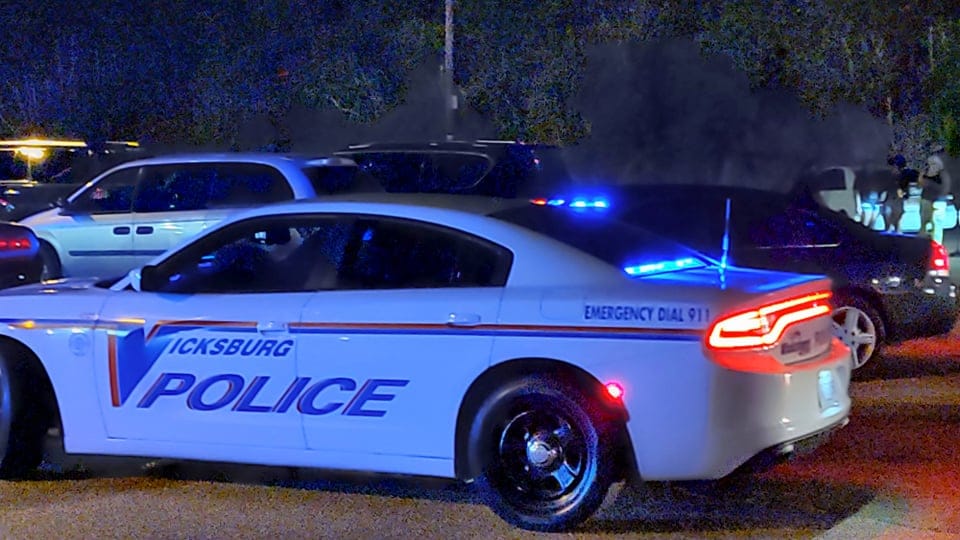 Multiple units, including Troy Kimble, responded to the scene. (Photo by David Day)

Multiple units responded to each event and were able to quickly secure their respective scenes. The only injury reported in all the events was a single motorcycle rider who was transported to Merit Health River Region with minor injuries.