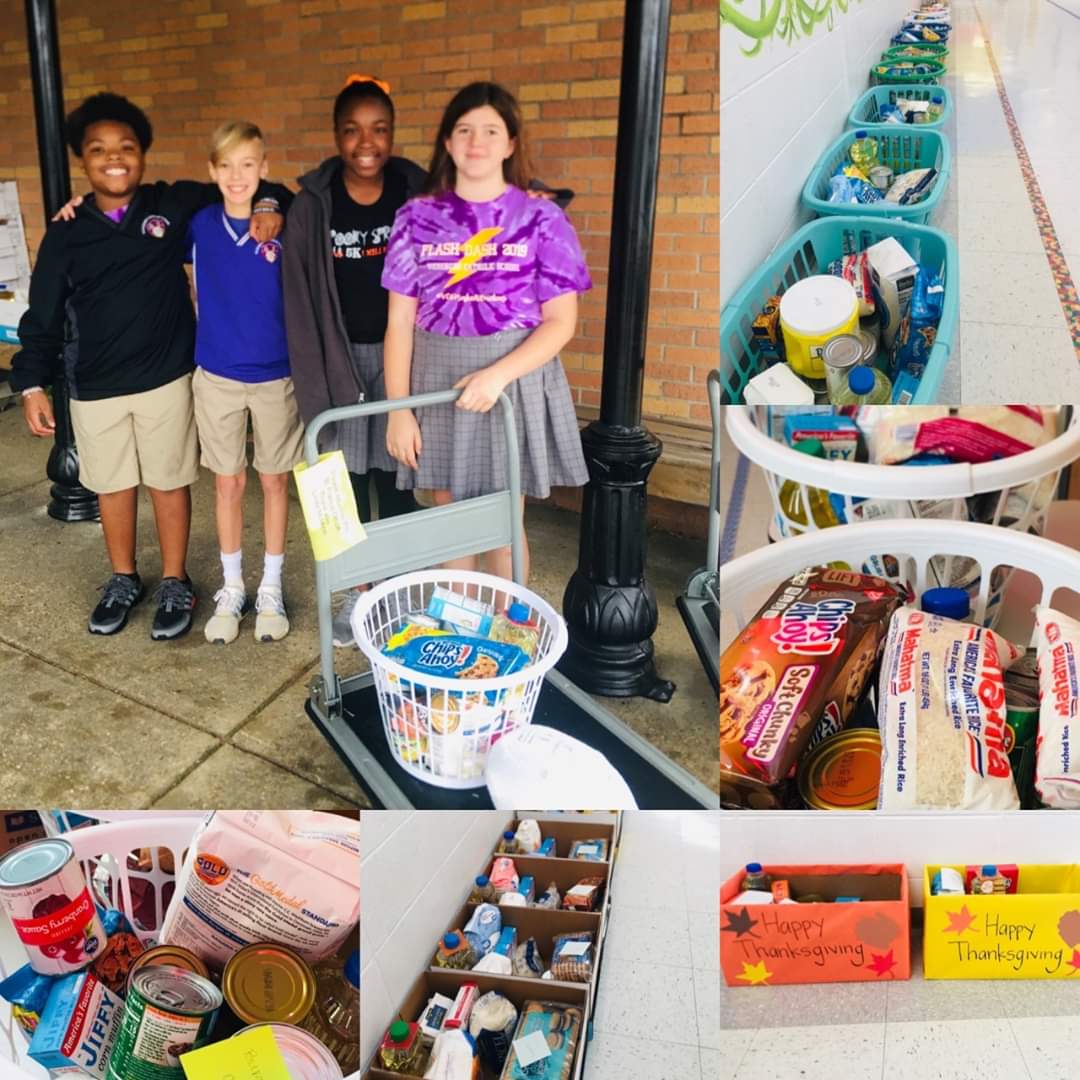 Each year the Vicksburg Catholic School system organizes a food-basket drive to give students an opportunity to give back to their communities and be grateful for the things that they do have, including turkey.

This year the schools were able to put together more than 80 food baskets for families in Vicksburg.

“Students bring in canned goods and a couple of dollars so that we can purchase turkeys,” said Mary Arledge, St. Francis principal. “A while ago we used to be able to give away 80 to 90 baskets, that’s when the school had more students. This year we were able to do 55 basket with turkeys and the rest were filled with canned goods.”

The food basket tradition began as the brainchild of a former Vicksburg Catholic school principal Thadimus Stark. After principal Arledge took over the school in 1998, the event continued to blossom. This year, the schools even received a donation from the community.

“This year we were given a donation of turkey from Merit Health,” she said. “So, since we had money, we were able to purchase turkeys for the 25 people who were on our waiting list.”

After spending a month gathering food and raising funds, students learned one simple lesson, to share.

Emmarie Flaggs: ‘Get up, get out and do something’

Do Better U. makes an impact on local athletes