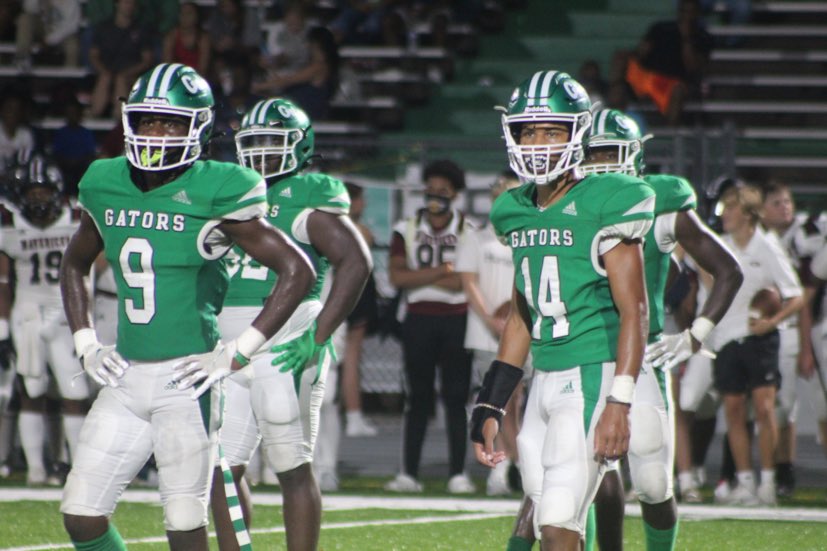 On Friday, just one week after losing 7-6 to crosstown rivals Warren Central, Vicksburg High School bounced back to blowout Canton 45-0 in their first district game.

“I’m extremely happy with the way we came out with the same high intensity as the last two weeks,” head coach Todd McDaniel said. “We balled out and overcame a lot of mistakes and now we’re looking forward to next week.

The score remained close in the first quarter with the Gators at a 6-0 lead before getting things moving.

VHS found their way in the end zone multiple times in the second quarter, including when Safety Eric Wesley recovered a fumble for a touchdown. The Gators were up 26-0 by halftime with their new kicker Trinity McGloster knocking down a few PATs.

Running behind the aggressive offensive line led by Greg Taylor and Jaquez Williams, the Gators were able to make it to the endzone several times. Otis James, Alex Jefferson, Collin Johnson, Johnny Smith and JaMichael Adams all scored rushing touchdowns, while taking the handoff from Ronnie Alexander.

VHS will host Forest Hill next Friday in another district game.