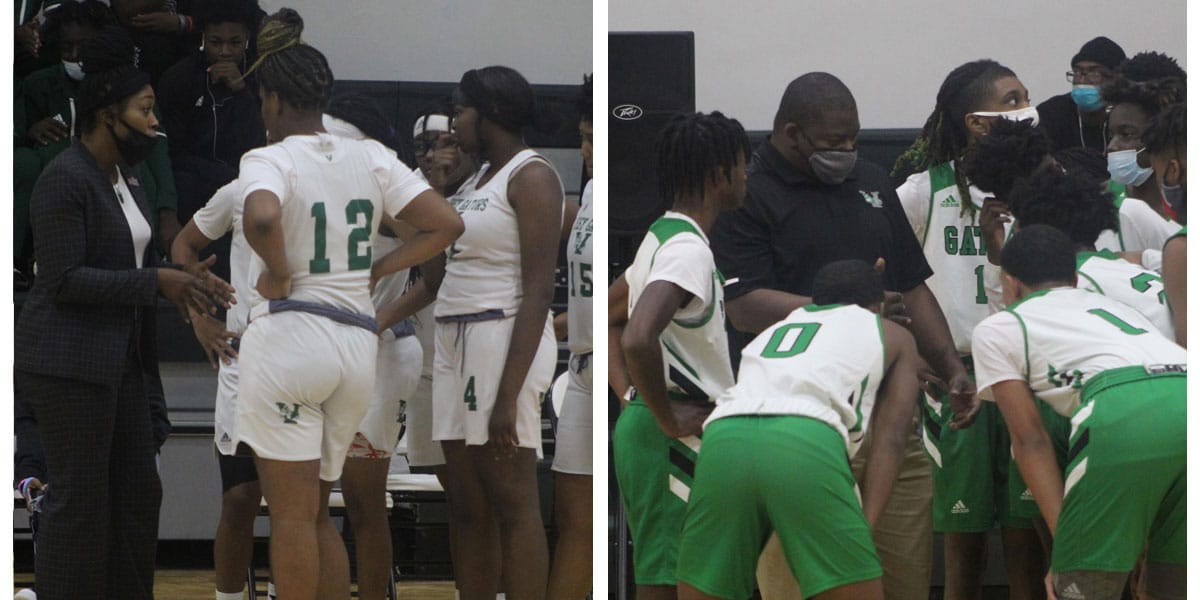 Kealon Bass led the way for the boy’s victory with 17 points on the night as he opened the game with a big three pointer. Davion Williams also stepped up big for the Gators and finished with 10 points. Chris Green added 8 points to help the Gators to a 7-0 record under head coach Julius Williams.

Vicksburg led the game early with 14 points in the first quarter before the Cougars got their first points on the board.

In the VHS freshman girls game, the Missy Gators suffered a tough 51-42 loss to the Cougars Thursday night as multiple fouls prevented them from winning.

Rodrianna Hall led the Gators with 15 points and continued to make big plays for the Gators. One of the team’s lead scorers, eighth grader Cynia Johnson, finished the game with 12 points before fouling out in the fourth quarter.

The game stayed close throughout the night. At halftime the two teams were tied at 21. The Gators took the lead again in the second half but the Cougars got away with the win after fouls benched some key Gators.

Griffin selected to play in Mississippi All Star Game