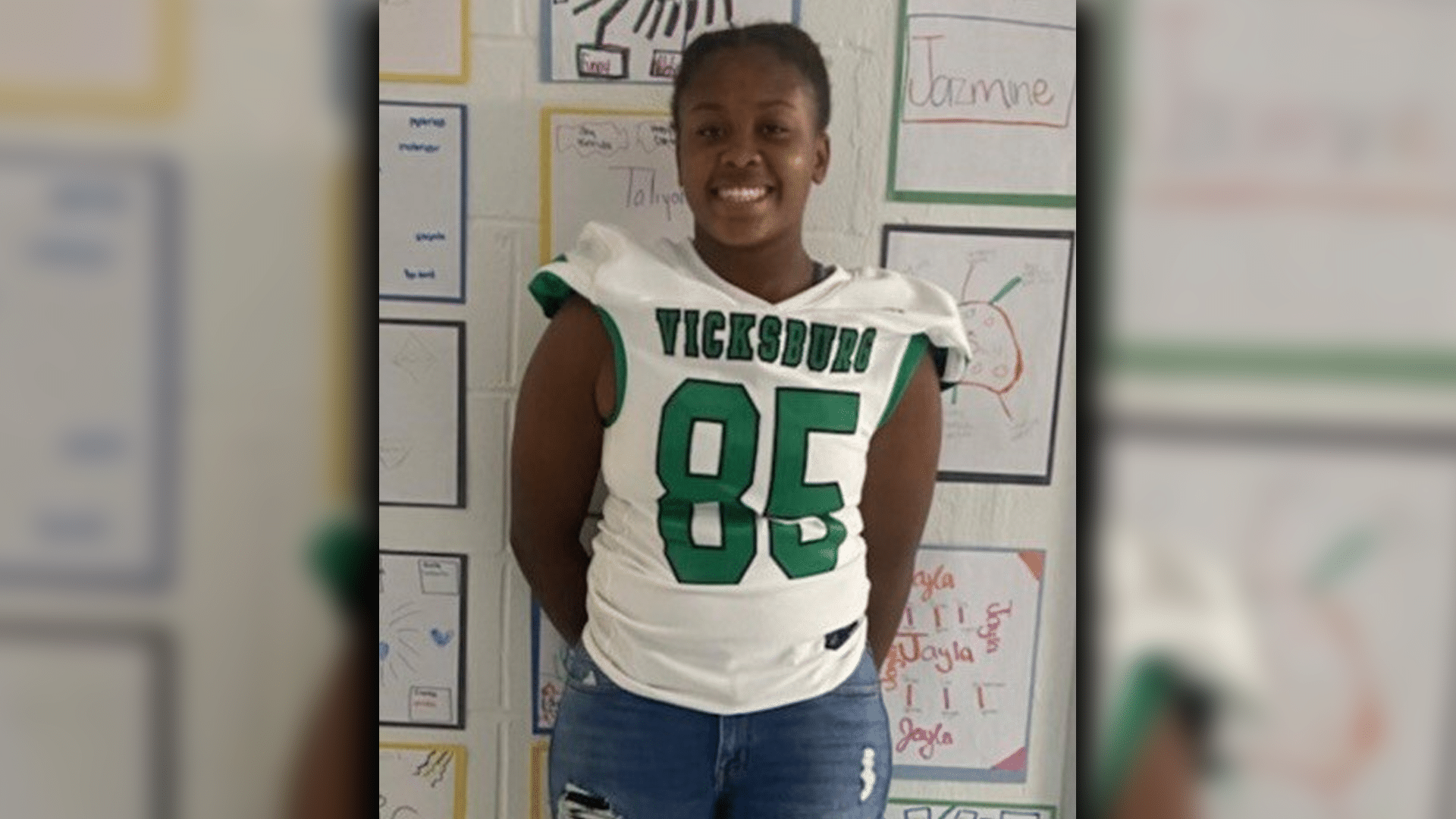 Trinity McGloster will make her debut as the Vicksburg High School’s kicker for the Gator football team Friday night against Canton in the team’s first district game.

It’s not everyday that a young lady decides to play the game of football, but the freshman soccer athlete is prepared to show that she has what it takes to shine against anyone.

“I’ve been playing soccer since I was four, so my coaches, parents, and teammates have been preparing for this moment and I thought it would be a great opportunity for me to try something new,” McGloster said. 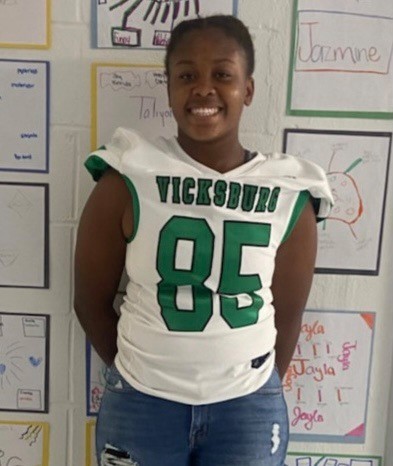 Instead of being nervous about playing an aggressive physical sport, McGloster seems to not be worried at all and is ready for anything to be thrown her way.

“I feel excited about kicking on a all-boys team and this way I can show people what I am capable of,” McGloster said. “The coaches and players welcomed me in with open arms and the whole school has shown support behind my decision,”

Tonight will not only be a big night for McGloster, but also for the Gators as they seek to grab their first victory of the season against Canton. McGloster will be action tonight by kicking for VHS in their district game.

“I’m beyond excited to be kicking in my first football game tonight,” said McGloster.