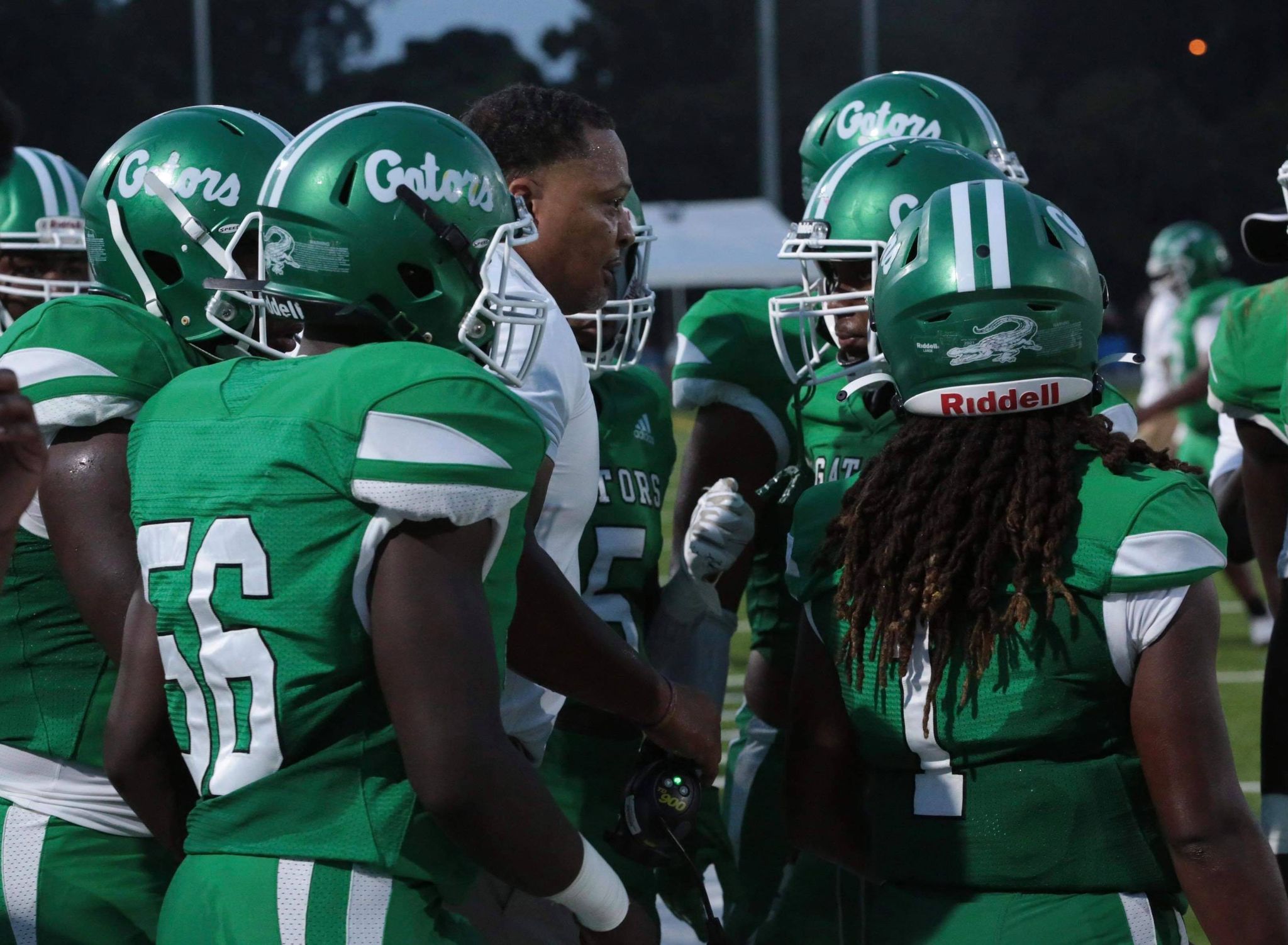 The Gators secured their sixth win in a row after defeating Ridgeland on Friday. (Photo by Marcus James)

The Vicksburg High School football team continued their winning streak with a 36-14 win over Ridgeland on Friday night.

“I’m very happy and pleased to come out with this victory,” head coach Todd McDaniel said. “The guys were able to hold their own and we are very excited to be located in a position to be fighting for a district championship.”

The Gators controlled the game on the ground. Otis James, Malik Montgomery and Ronnie Alexander all rushed for a touchdown. Johnny Smith brought in two rushing scores along with Tyler Henderson making a two point conversion. James also led the team with 112 rushing yards.

Defensively, VHS came up with some major plays, including sacks, which eventually put the Titans quarterback out of the game. Jaleel Fleming also made a big statement for the Gators by catching two interceptions.

The Gators are now on a six-game winning streak. They stand at 6-2 and will host a playoff game in a few weeks but will fight for a district championship next week when they face undefeated Neshoba Central.