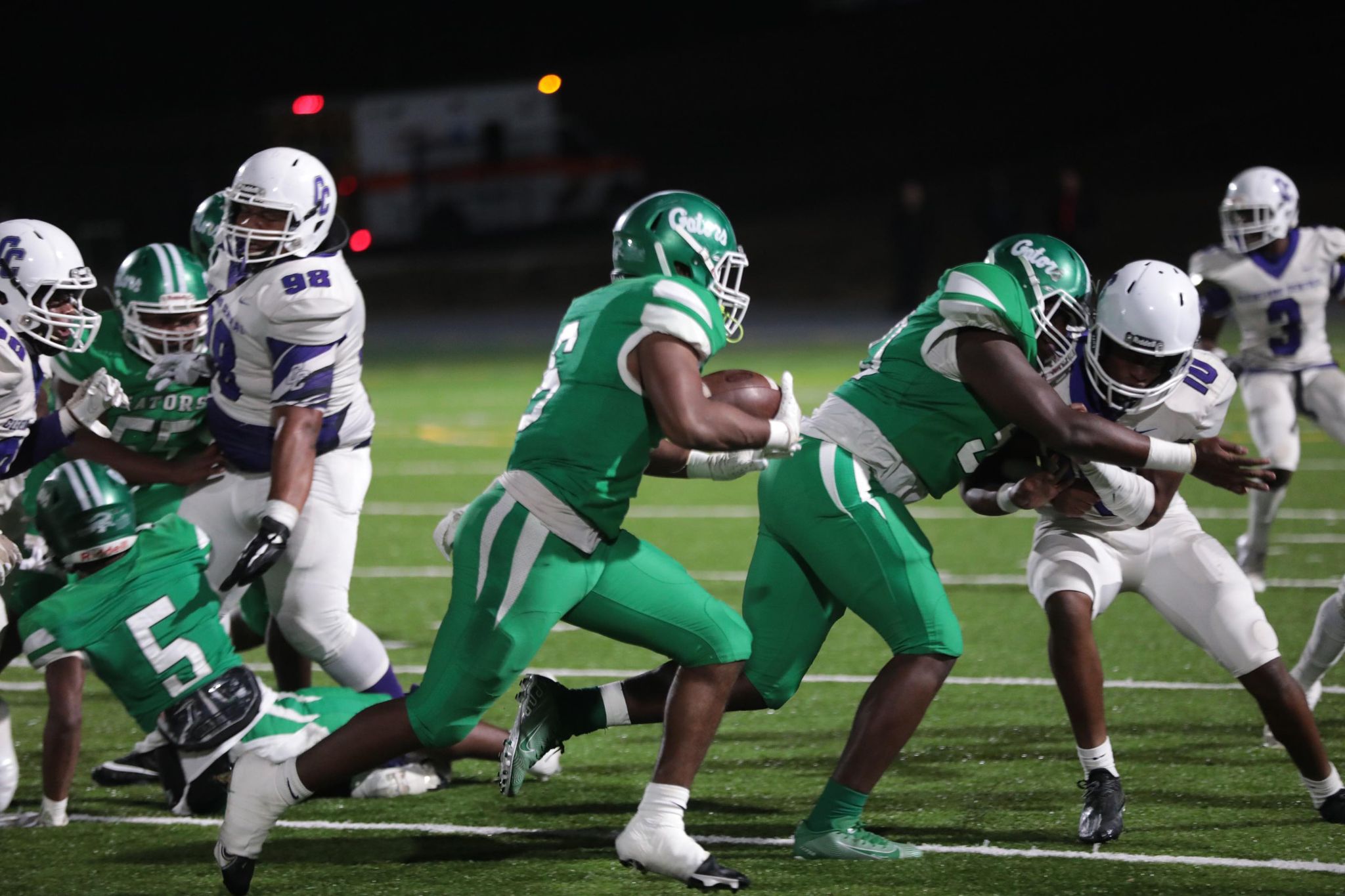 VHS Gators advance to the second round of the playoffs. (Photo by Marcus James)

The Vicksburg High School football team, under head coach Todd McDaniel, advanced to the second round of the playoffs for the first time since 2008 after a 25-3 victory over Cleveland Central.

“I’m so glad to see the guys develop as young men and they got this win for all their supporters who stuck by them all season,” head coach Todd McDaniel said.

CC got on the board first with a short field goal after marching the ball down the field on offense. It didn’t take long for the Gators to respond. Soon after the Gators got on offense, Johnny Smith broke out over 30 yards for a touchdown to give VHS a 6-3 lead.

Neither team was able to score again before halftime, but VHS made some big stops with huge hits from Caleb Bryant and Kellen Washington.

Coming out of halftime, VHS got two false start penalties. They were faced with a first and 20 when Otis James broke out for a 79 yard touchdown with a extra point by Trinity McGloster pushing the Gators to a 13-3 lead. 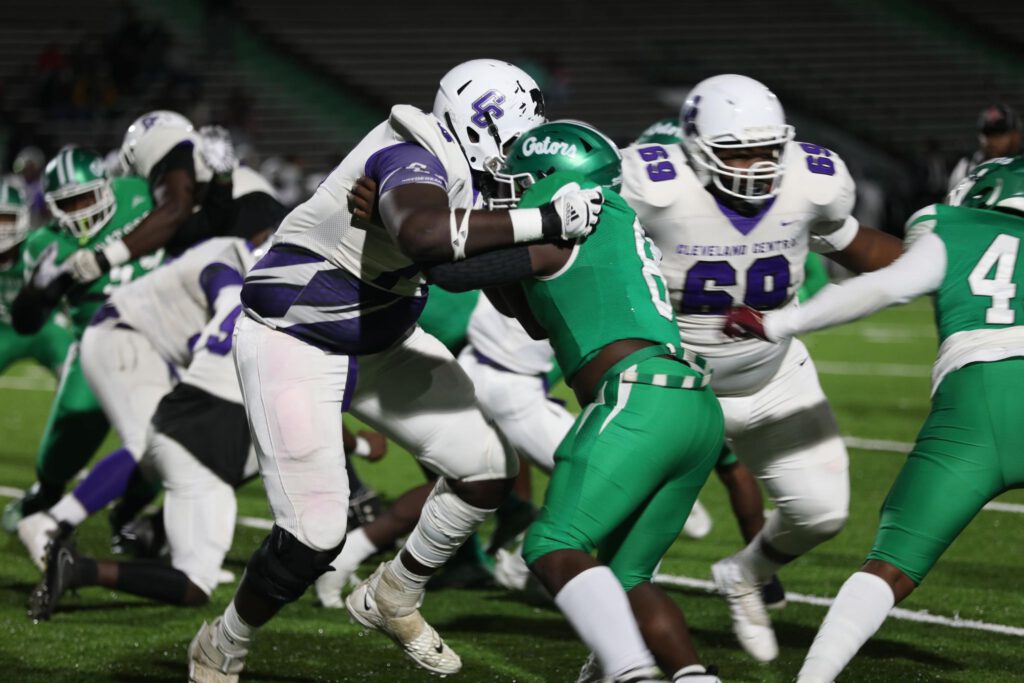 The Wolves got back on offense midway in the third and were able to pick up some yards. However, the Gators soon knocked them back for a big loss of eight yards. A bad snap on a punt gave VHS the ball back the 25 yard line.

A couple of handoffs to James and and Malik Montgomery set up a run by Ronnie Alexander who took the ball to the one yard line. The next play, James walks in for the one yard score and the Gators went up 19-3 with 33 seconds left in the third quarter. 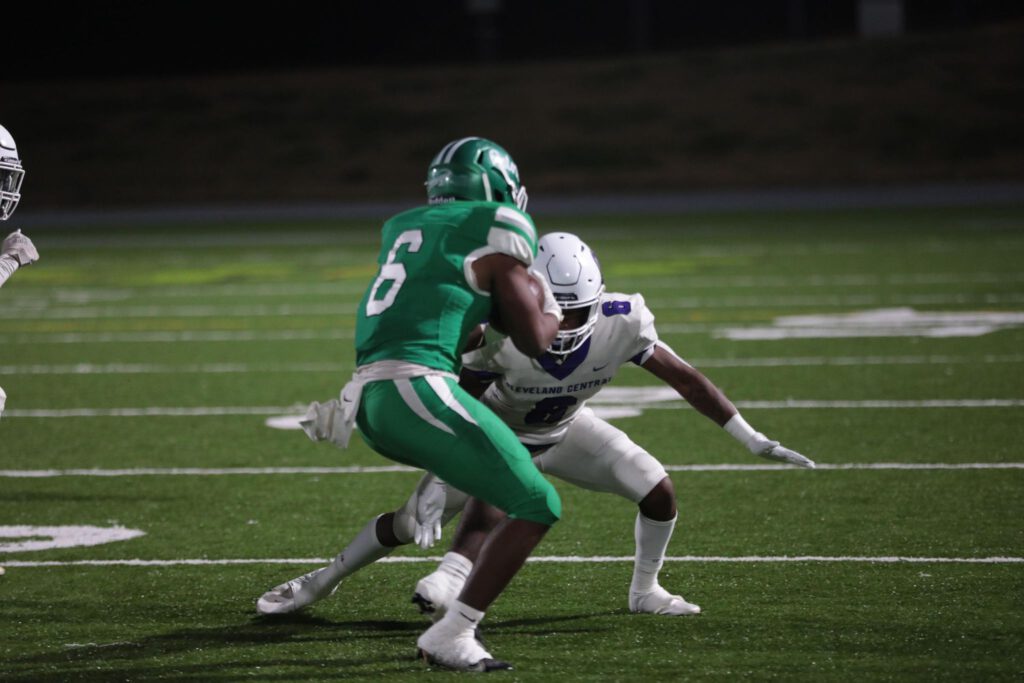 VHS continued to pound the Wolves in the fourth quarter and James picked up his third touchdown on the night on a 19 yard run.

As Cleveland Central got the ball back, the Gator defense did not let up and Demarcus Johnson was able to get to the quarterback for a aggressive sack.

VHS was able to run the clock out from that point and will be on the road next week in the second round of the playoffs.