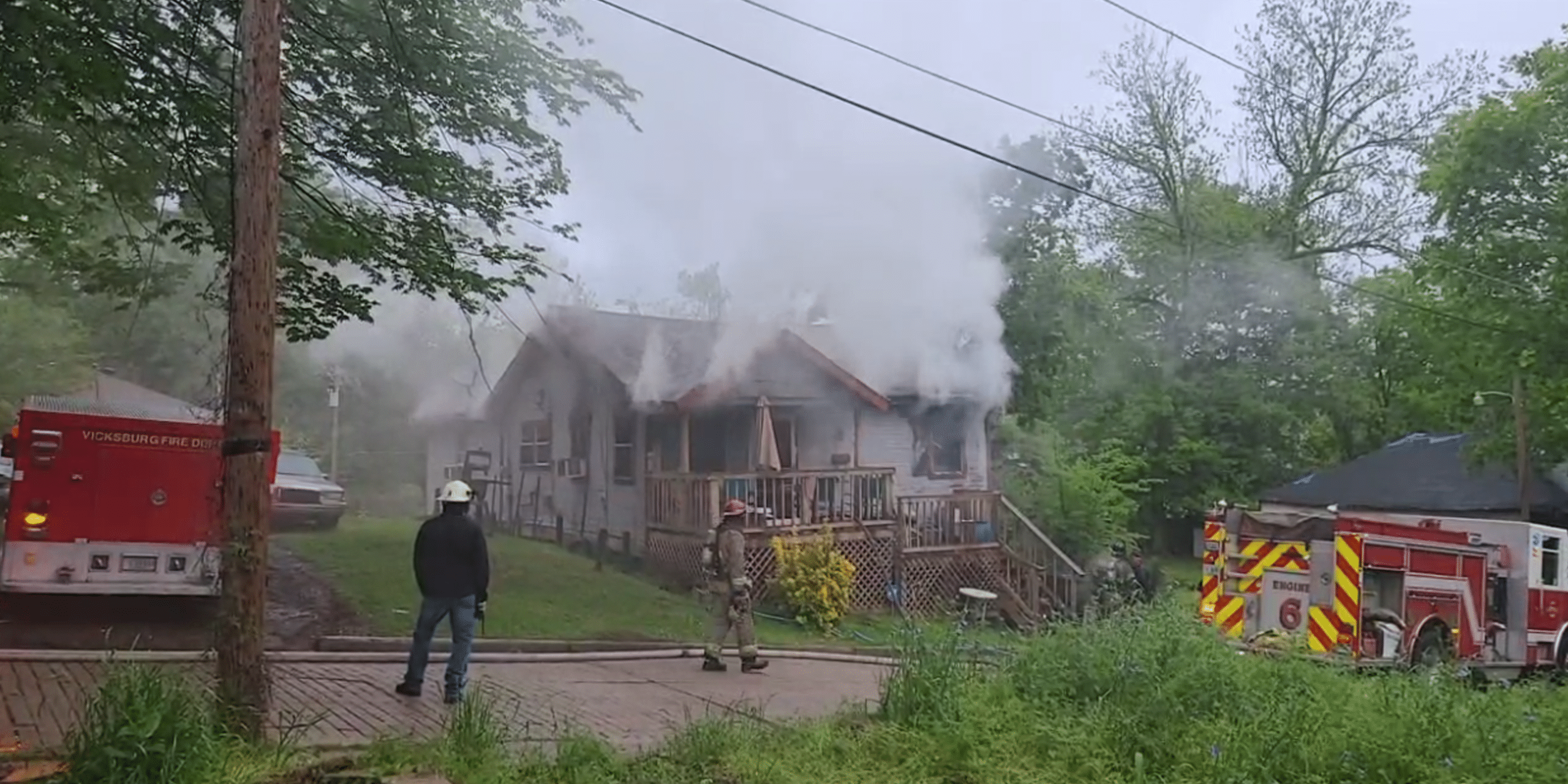 Smoke plumes out of a home on Grammar Street. (Photo via screengrab from live report by David Day)

Almost immediately after the initial dispatch, a secondary dispatch was sent to 1227 Grammar Street. 911 reported that according to their system, 1215 did not exist. 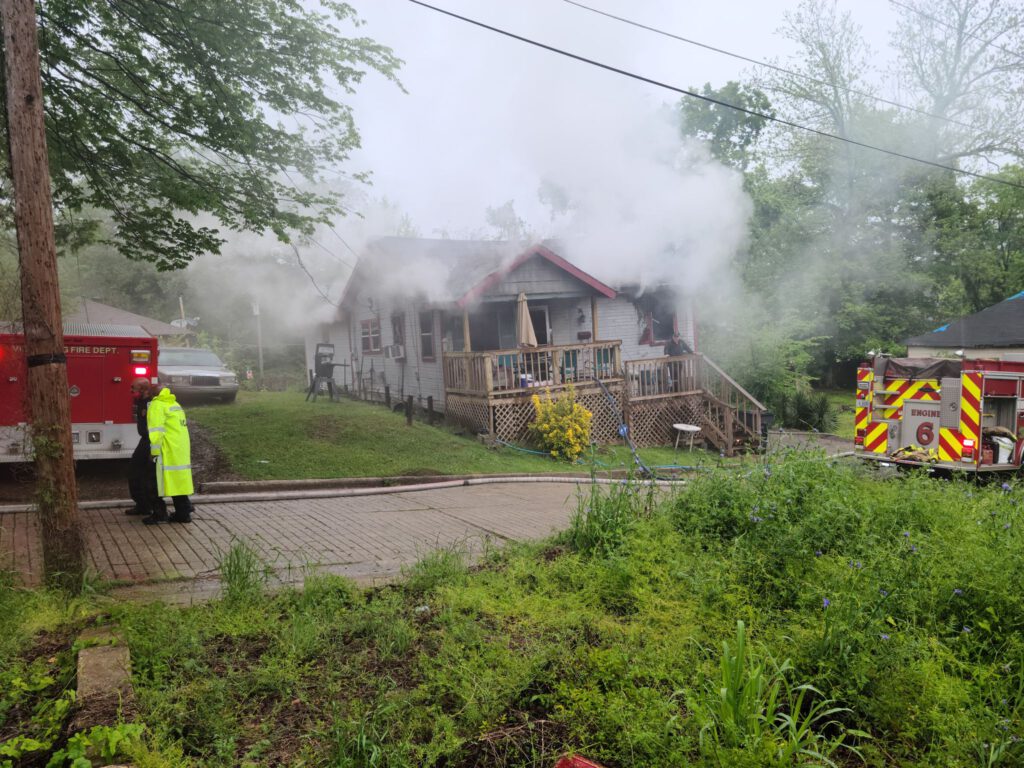 Smoke rolls out of the home that caught fire Friday. The occupants were evacuated. (Photo by David Day)

Early arriving Vicksburg police officers reported that everyone was out of the structure upon their arrival.

Battalion Chief Tim Love radioed that the house was approximately 25% involved and instructed Engine 7 to connect to a fire plug as they were arriving on scene.

The fire has been knocked down as of 5:15 p.m. and firefighters are working hot areas.