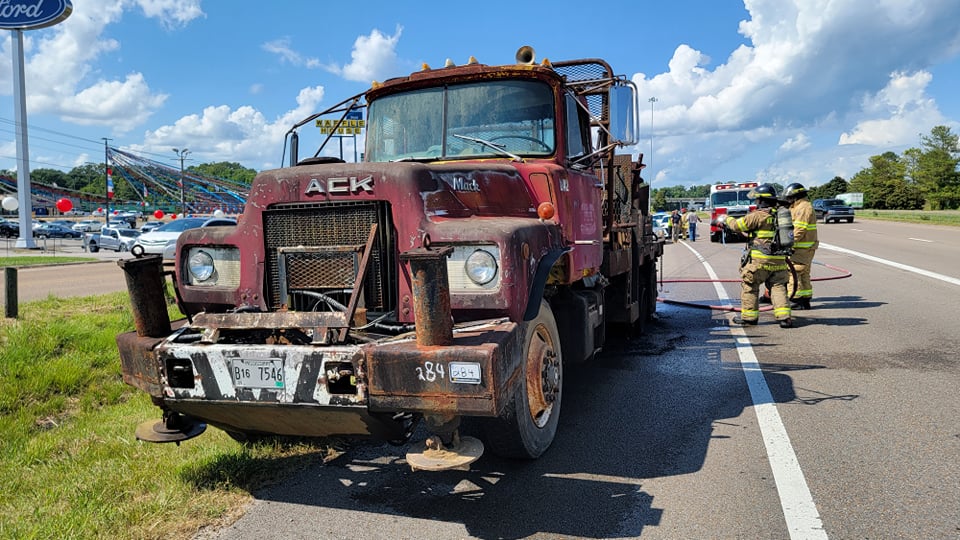 A vehicle fire has shut down westbound travel on U.S. Interstate-20 near the Indiana Avenue exit in Vicksburg Sunday afternoon. 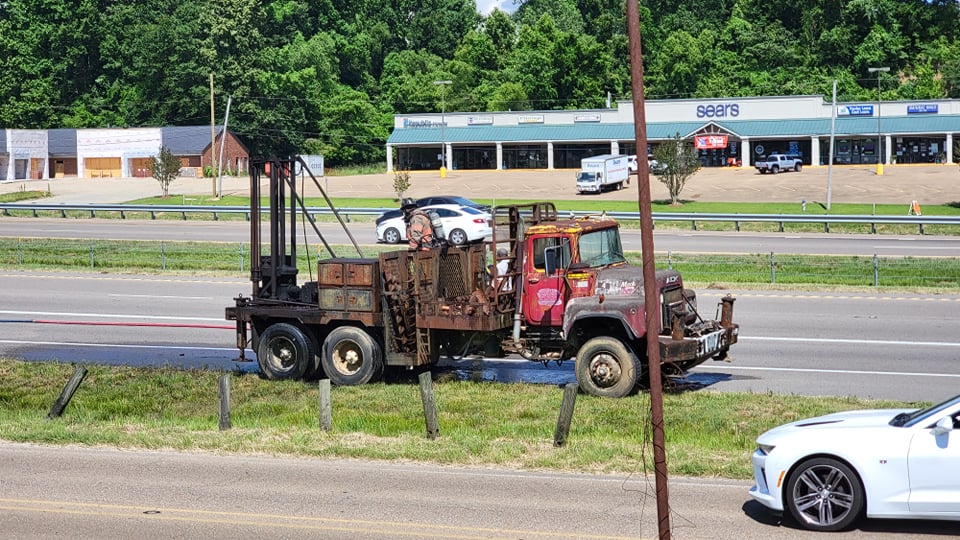 At 3:45 p.m., Vicksburg Daily News’ David Day was live on the scene of the blaze that engulfed a 1980 Mack truck as it headed west through Vicksburg.  At that time, fire fighters had already succeeding in extinguishing the flames from the vehicle, but billow of dark smoke could be seen in the distance where one of the truck’s tires was still burning. 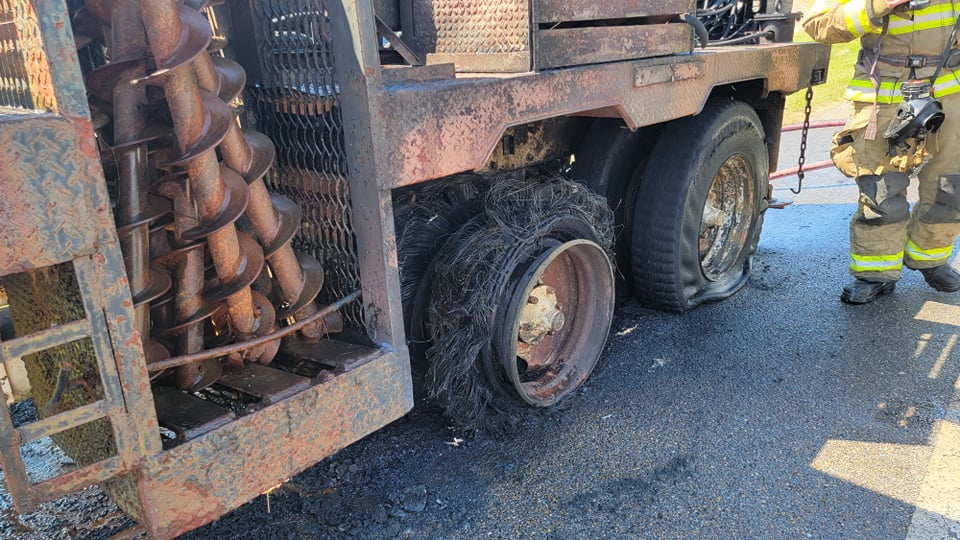 Initial reports indicate that no one was injured as a result of the fire.

Expect traffic in the area to be impacted until around 4:30 p.m. Sunday as officers and fire fighters work in the area.

Officer Dotson with the Vicksburg Police Department is investigating this incident.  Vicksburg Fire Department deployed Engine 2, Ladder 3, and Rescue to control the fire.