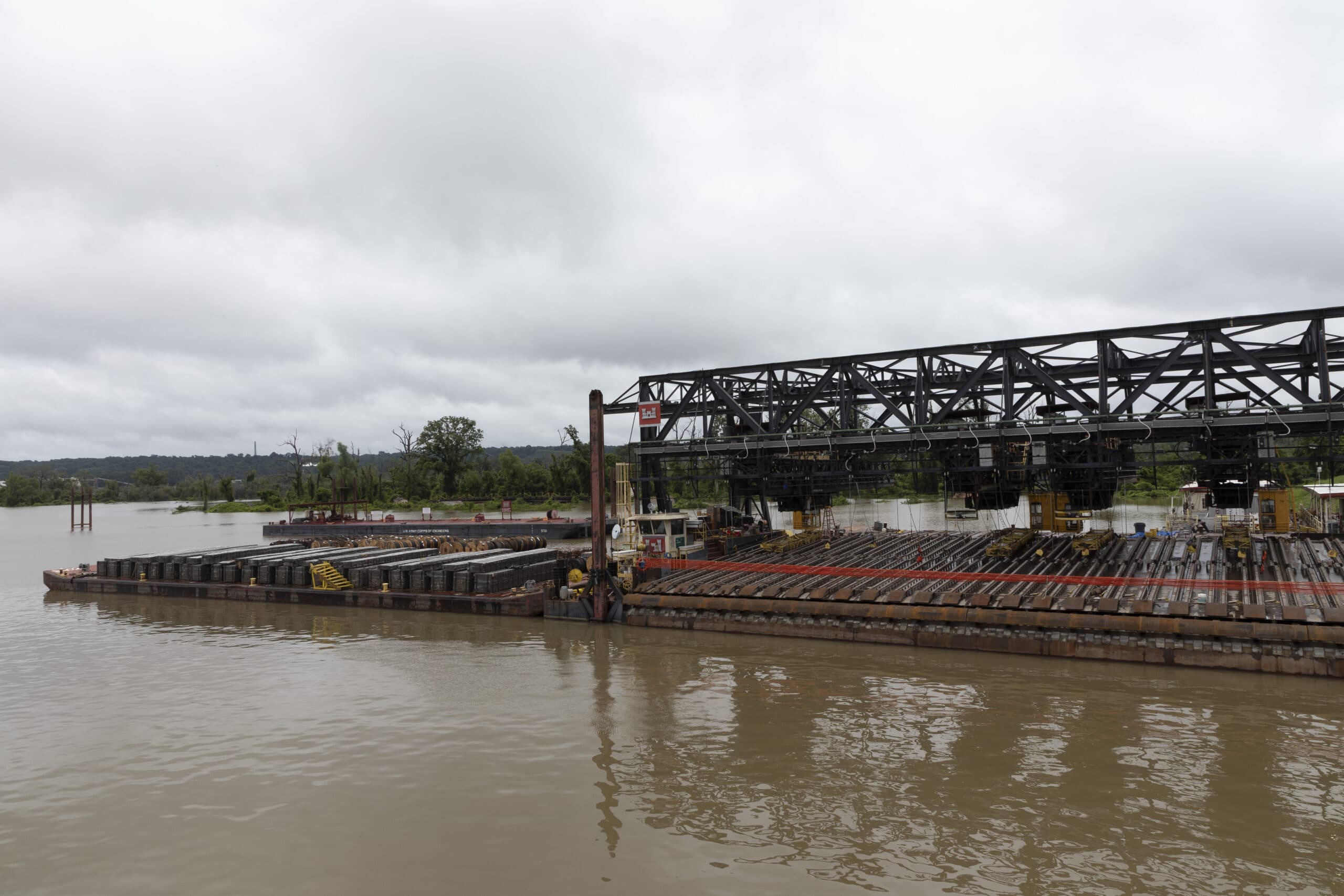 VICKSBURG, Miss. – The U.S. Army Corps of Engineers (USACE) Vicksburg District held a “Blessing of the Fleet” ceremony July 12 to commemorate the deployment of the district’s Mat Sinking Unit and the official start of revetment season. 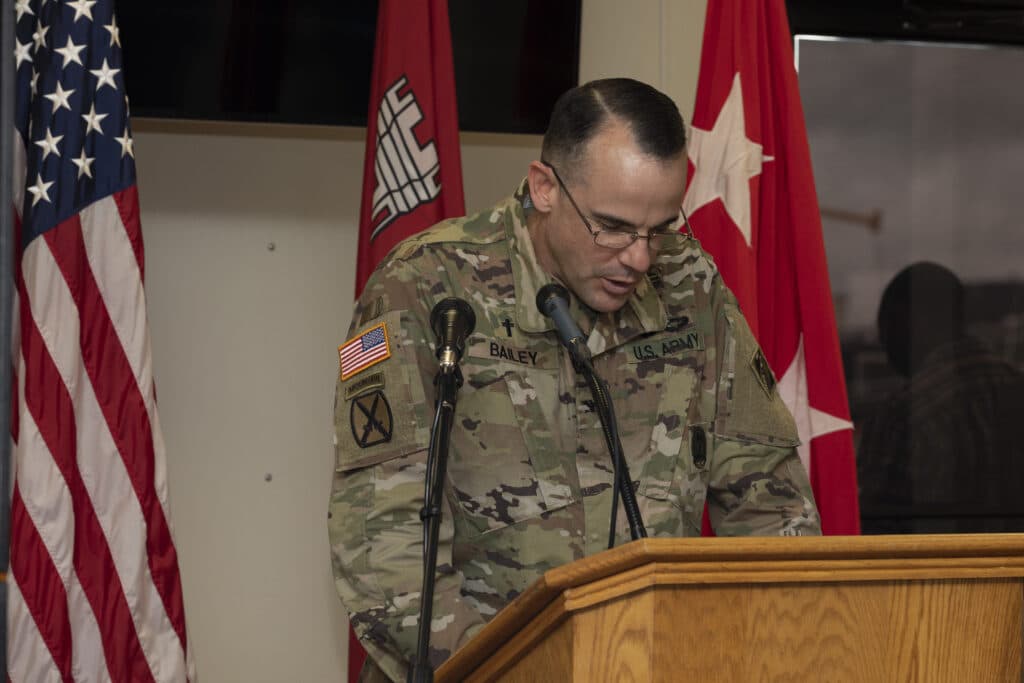 The unit has embarked on “yet another challenging yet vital season dedicated to delivering safe and reliable navigation up and down the Mighty Mississippi,” said Hilliard. “To the crew members departing today, we owe you our thanks and our gratitude, especially during  these challenging times. I wish you continued safety, good health, and a successful season.” 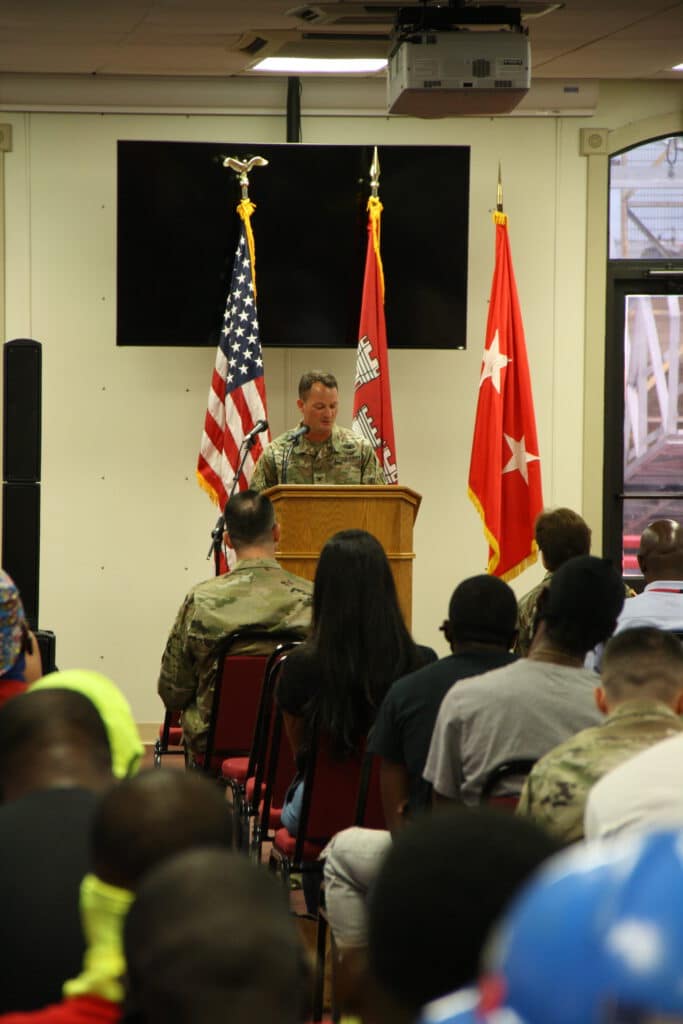 Unparalleled across the world, the Mat Sinking Unit is a feat of skilled labor and technological innovation. A mat sinking barge, a mat supply barge, quarter barges, spar barges, gantry cranes, bulldozers and motor vessels are among the equipment used by the unit to help maintain the Mississippi River’s stabilization and navigation. During revetment season, the unit acts as a floating city, providing lodging and dining for its nearly 300 crew members. This dedicated crew works 10-hour shifts and 12-consecutive-day work periods to execute the mission.

The Vicksburg District encompasses a 68,000-square-mile area across portions of Mississippi, Arkansas and Louisiana that holds nine major river basins and incorporates approximately 460 miles of mainline levees. The district is engaged in hundreds of projects and employs approximately 1,100 personnel.