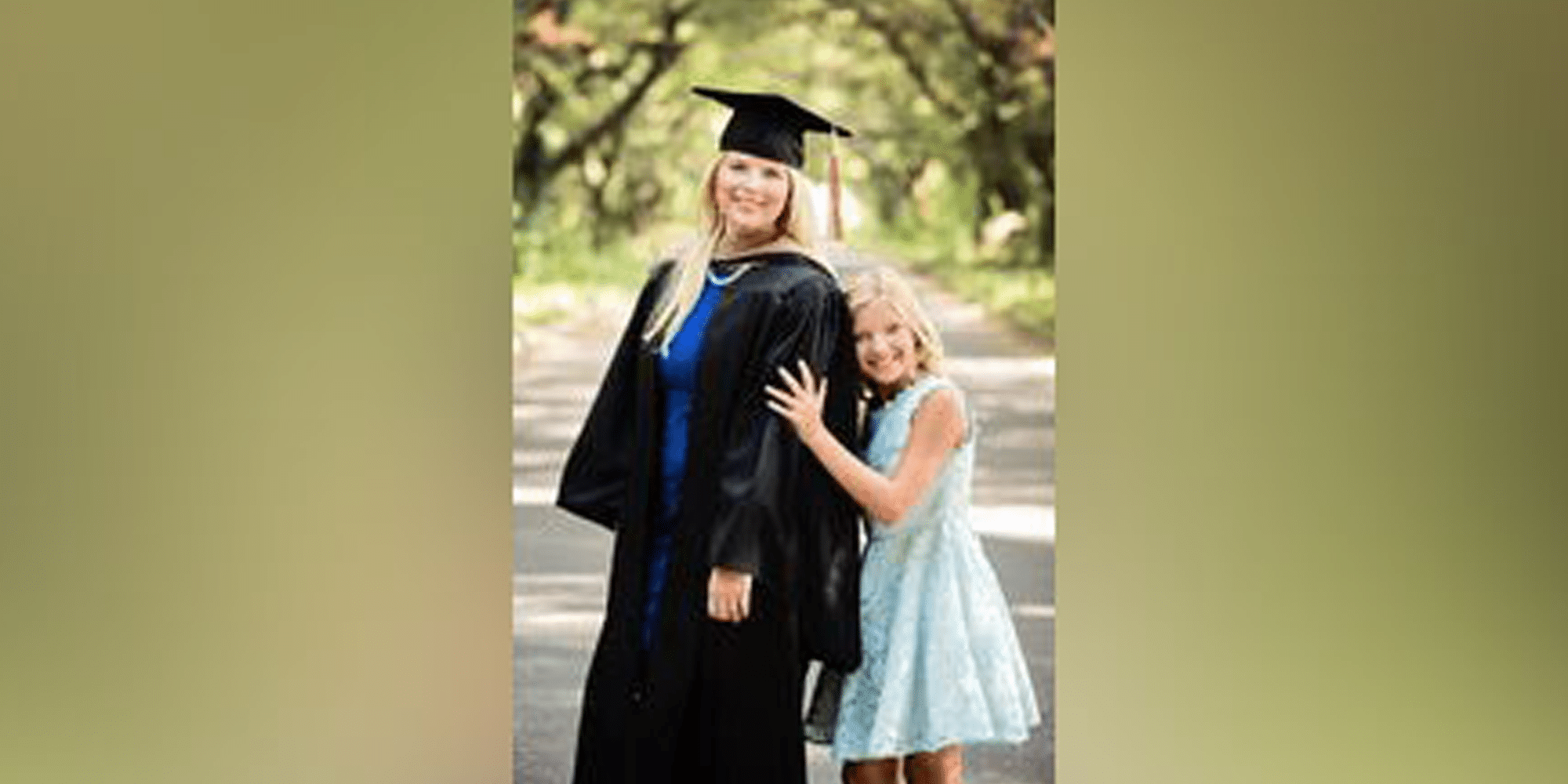 Cori Clay and her daughter Addie Grace when Clay earned her master's degree in 2020. (photo by Carrie Hoben/Southern Photography, used with permission)

Cori Keyes Clay, Addie’s mother, said her daughter was attempting to jump off the back of a golf cart around 11 a.m. when her foot got caught on something which resulted in her receiving a head injury. The cart was being driven by an adult when the accident occurred.

Clay said, “It wasn’t anyone’s fault. It was just a freak accident.”

Initially, Addie was intubated and sedated in the PICU at Batson.

Clay said, “Right now, she is stable. Vitals are stable. They have removed the vent and taken her off of sedation meds. She is not awake yet. She’s on seizure medications. She should wake up in a few hours when the sedation meds wear off. She does have a small bleed on the brain.”

Clay was also initially told her daughter had a broken elbow, but she was just recently told her elbow is fine.

Clay was complimentary of the people who have taken care of Addie.

She said, “We are in great hands at Batson! Them, the paramedics, River Region ER, and air flight medics have all been amazing!”

Clay wishes to thank everyone who has reached out to offer support and prayers.

We will be updating you as we learn more.