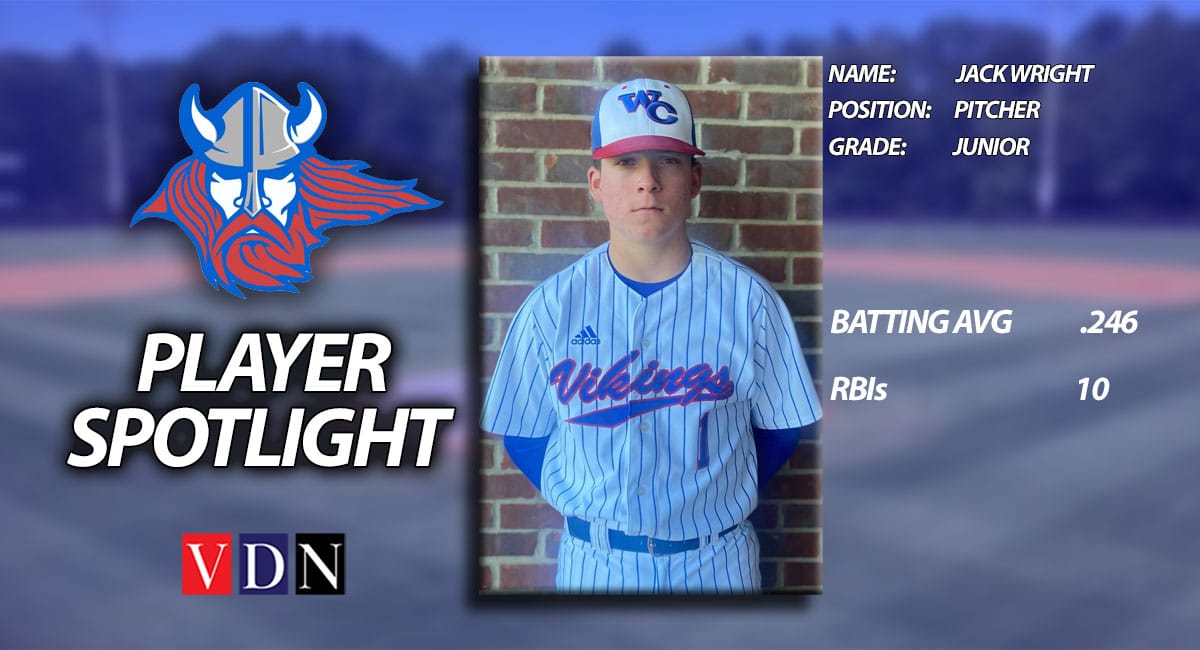 Wright had a .246 batting average as a sophomore as he helped the Vikings to the first round of the playoffs class 6A playoffs. He also racked up 10 RBIs on the season under head coach Randy Broome.

Besides being effective at the plate, Wright also pitch nearly 30 innings for WC this year. He threw for a total of 20 strikeouts before the end of the season.

Wright will be going into his junior season in the fall and is expected to have a big impact on the Vikings’ program.