The election commission prepares to certify ballots in the 2021 General Municipal Election (photo by David Day).

The unofficial results of Vicksburg’s municipal elections have been tallied and received.

June 8, 2021 proved to be an exciting race for the Vicksburg community. George Flaggs, Jr. became the first three-term mayor since 1968 when John Holland held the office. Alex Monsour got re-elected as the South Ward Alderman after a nail-biting victory that was initially too close to call. Michael Mayfield cruised into the winner’s circle from the start, having secured his bid for the North Ward during the primaries.

Vickie Bailey came out strong in the initial reporting, leading many to believe the South Ward would be lost by Monsour. However, as new precincts reported in, that lead got narrower in margin until Monsour overtook Bailey. By the end of our coverage, the race was too close to call. Monsour had the lead, however, absentee ballots were enough to swing the election in favor of Bailey.

After a long night of counting the ballots, Monsour was determined to be the victor.  Each candidate secured re-election this cycle, showing that the majority of those who voted preferred Vicksburg’s current leaders.

The unofficial ballots, which includes all the absentee ballots, were received by Vicksburg Daily News. The count will not be official until certified by the Municipal Election Commissioner on June 18. 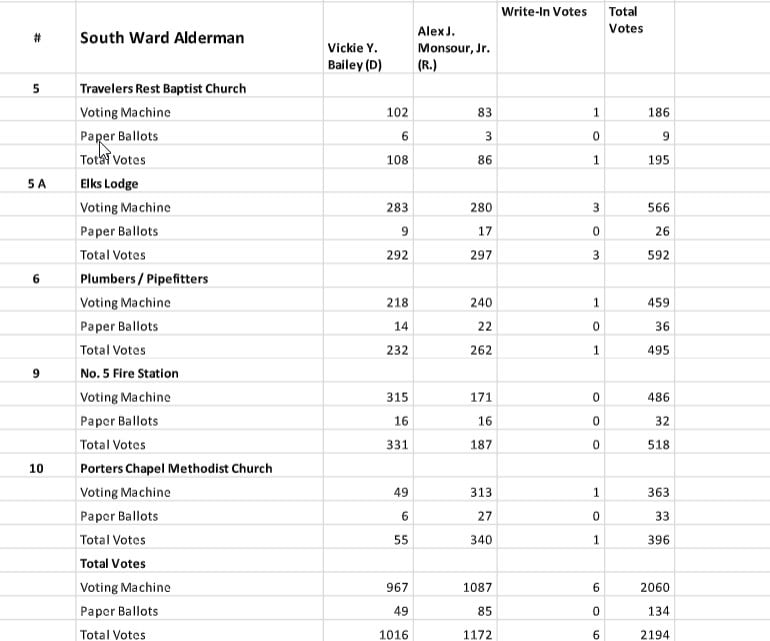 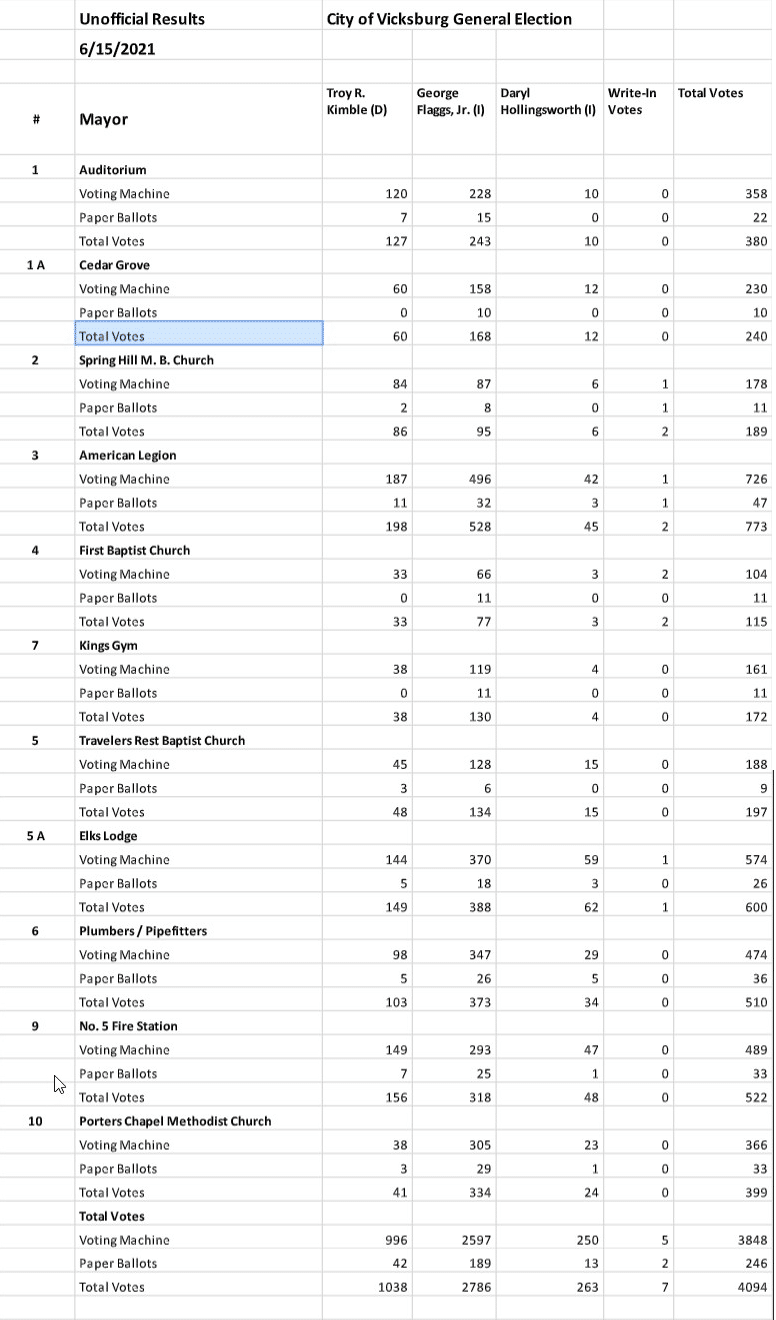 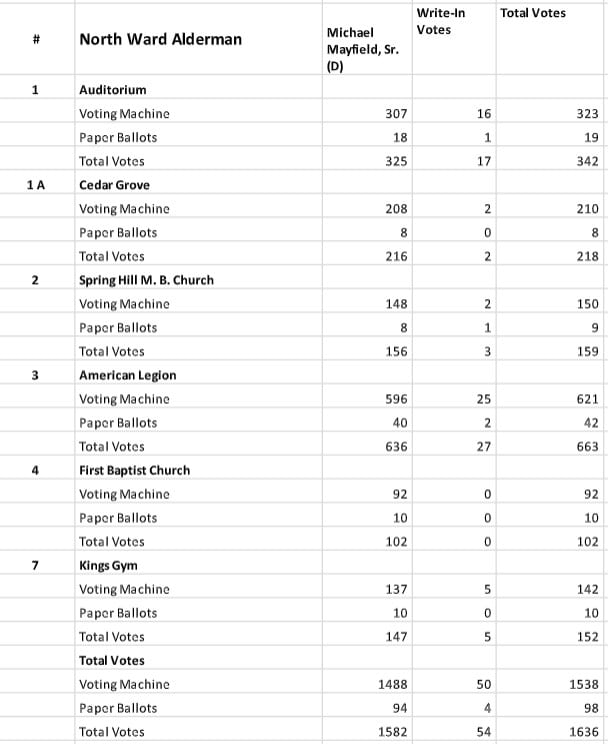