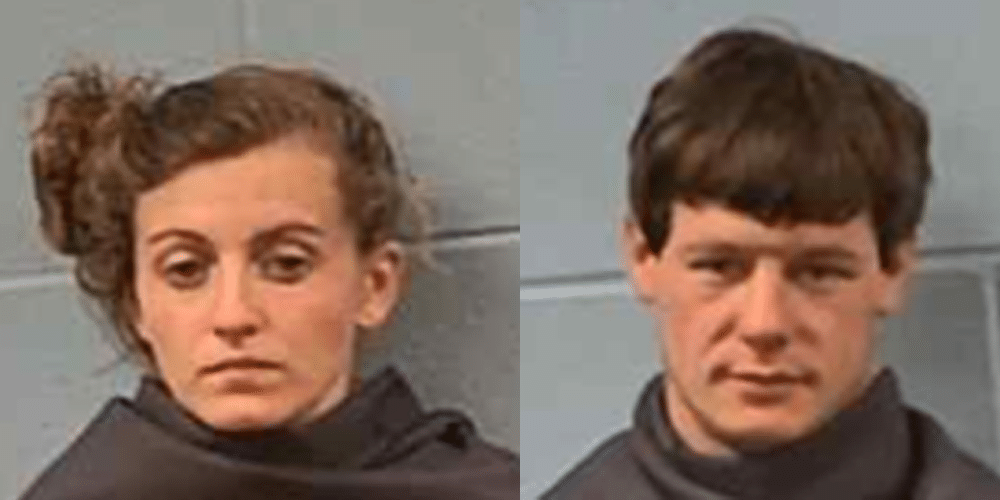 Summer Page (left) and Justin Ballard (right) were arrested on Tuesday after being found in possession of approximately five grams of methamphetamine. (Courtesy VPD)

A traffic stop on Warrenton Road on Tuesday led to the arrests of Summer Page of Tallulah and Justin Ballard of Vicksburg.

Page and Ballard appeared before Judge Angela Carpenter on Tuesday and were both charged with one count of possession of methamphetamine.  Both parties received a $15,000 bond and were bound over to the Warren County Grand Jury.