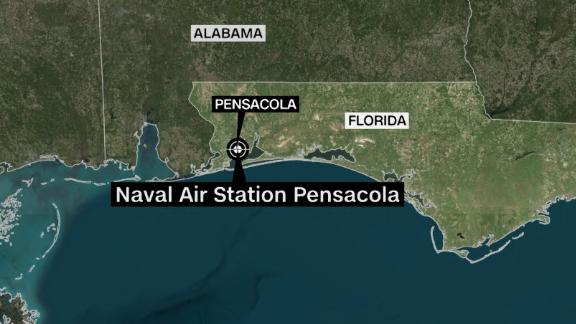 At a news conference this afternoon, Florida Gov. Ron DeSantis identified the shooter as a member of the Saudi military receiving aviation training at the NAS. He had previously been identified as a second lieutenant in the Saudi air force.

Saudi King Salman called Pres. Donald Trump, who said the king told him “the Saudi people are greatly angered by the barbaric actions of the shooter, and that this person in no way shape or form represents the feelings of the Saudi people who love the American people.”

No immediate connection to a terrorist threat has been made.

This is the second shooting at a U.S. Naval base this week. In Hawaii, a sailor shot three people on Wednesday, killing two before committing suicide.

Officials at NAS Pensacola and the Escambia County Sheriff’s Department have confirmed that four people have died, including the shooter. Eight people have been injured including two deputies, WEAR TV reports.

Two individuals are dead, and several are wounded after a shooting at the Naval Air Station in Pensacola, Fla., this morning.

Among the dead is the suspected shooter.

WEAR TV reports that multiple people were injured. At least seven people are in the care of an area Baptist Hospital. Other reports put the number injured at 11 or more.

The Vicksburg Daily News will update this story as details become clear.

Related Topics:Featuredmass shooting
Up Next