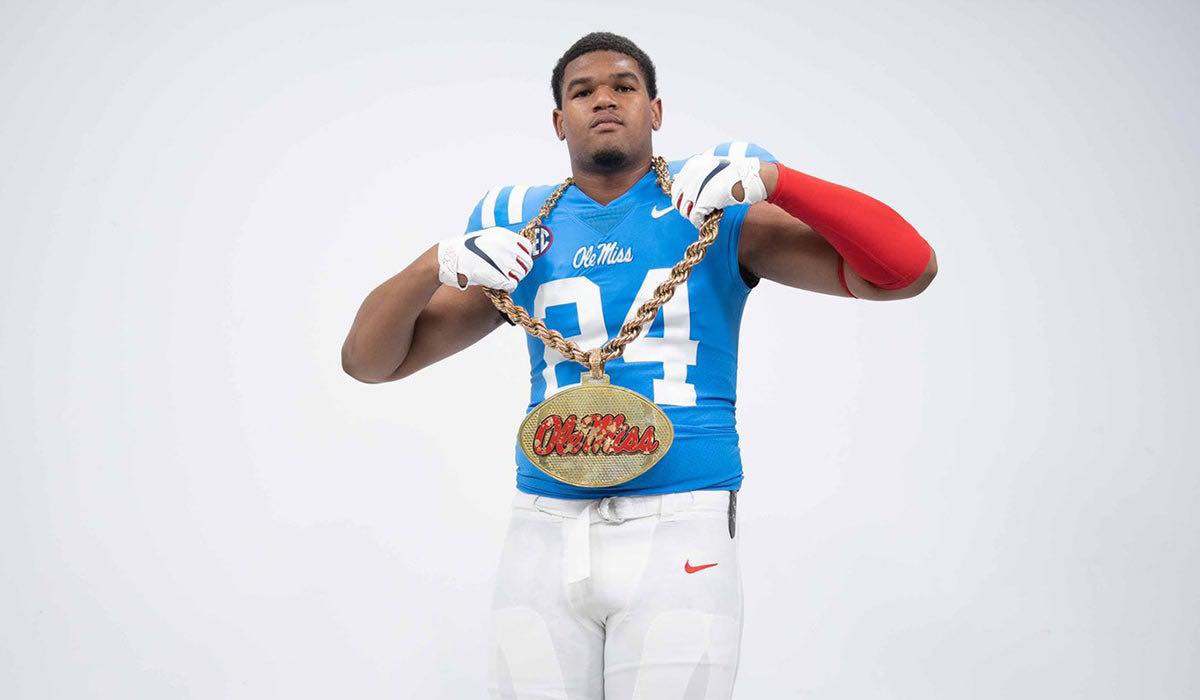 Jacarius Clayton, out of Tupelo High School, has committed to the University of Mississippi to play football in 2022.

Clayton put the announcement in a video on his Twitter page on Friday where it showed that he chose the Rebels as his future team.

It’s only right I put on for my state❗️🦈 pic.twitter.com/mIXy1NfuRE

Clayton is a 6 foot 6 inch, 275 pound defensive lineman who had 34 tackles and 3 sacks in seven games last season. He still has his upcoming senior year to shine for Tupelo before heading to play for the Rebels.