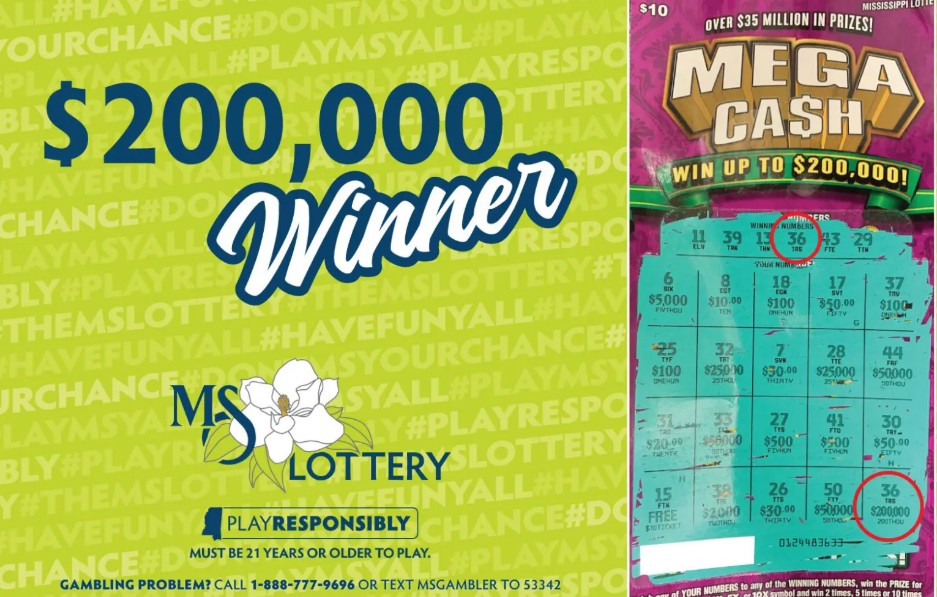 A loyal Mississippi Lottery player had no idea he was about to win a big jackpot when he purchased a Mega Ca$h scratch-off game last night during a regular stop at Tobacco Superstore in Tupelo.

To his surprise, the Tupelo man won $200,000, the biggest prize won yet from Mississippi Lottery games. He called his mother immediately to tell her the exciting news. She did not believe him and insisted he go to the store to verify his ticket.

He was still processing the win when he arrived at headquarters. With his winnings, he plans to move his mother back home.

More winners arrived Friday to claim prizes on Mega Ca$h, which was released in the third round of scratch-off games on Jan. 7, 2020. The top prize for Mega Ca$h is $200,000.