Elsa formed about 820 miles east-southeast of the Winward Islands early Thursday and is the fifth named storm in the Atlantic region this season. 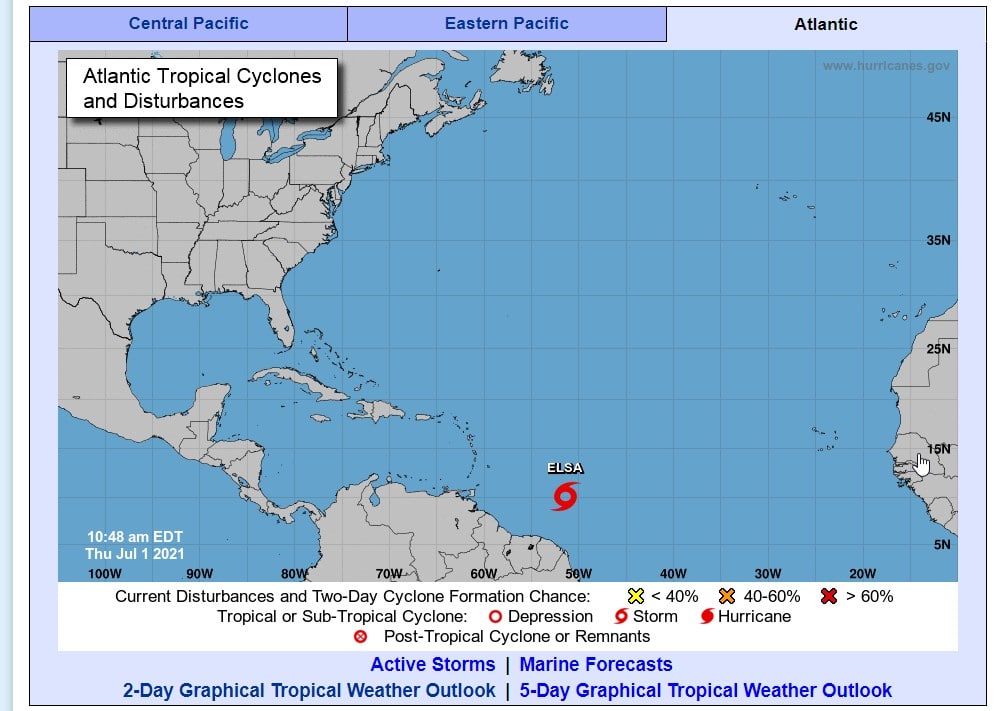 Barbados, St. Vincent and the Grenadines, St. Lucia and Martinique are under a tropical storm warning with a watch in effect for Guadeloupe and Grenada. Meteorologists say Elsa could develop quickly into hurricane status as it approaches the Winward Islands and may become the first hurricane of the 2021 Atlantic season.

The storm is expected to migrate into the eastern Caribbean Sea at some point late Friday and be near the coast of Hispaniola on Saturday.

Current models show the current path will bring it into the Gulf region as early as Tuesday morning, reaching the southern tip of Florida.

We will continue to monitor developments and update as needed.