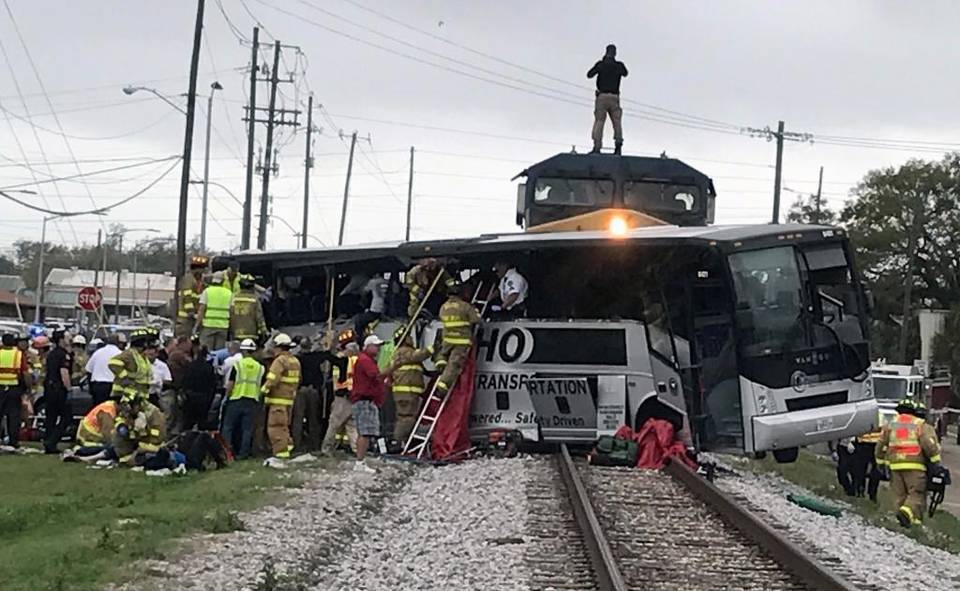 First responders at the scene. (Photo credit to John Fitzhugh of the Sun Herald)

Four people are dead and 35 injured in a train/bus collision in Biloxi.  At about 2:12 pm this afternoon the bus was struck as it crossed the tracks northbound on Main Street.   The train struck while heading east.

The tour bus is from Austin, Texas and the names of the deceased are being withheld pending notification of family members.   Three people died at the scene and the fourth expired at the hospital.  43 people were on the tourist bus.

(Photo credit to John Fitzhugh at the Sun Herald)

A witness to the crash said the bus appeared to be stuck on the tracks and unable to move for about 5 minutes as the CSX train approached.  Some passengers had gotten off the bus and were struck by the bus as the train hit.   A fully loaded train traveling at city speeds will still take several blocks to stop.  Anything in it’s path will be struck regardless of attempts at breaking the train.

The National Transportation and Safety Board said it is gathering information on the accident.