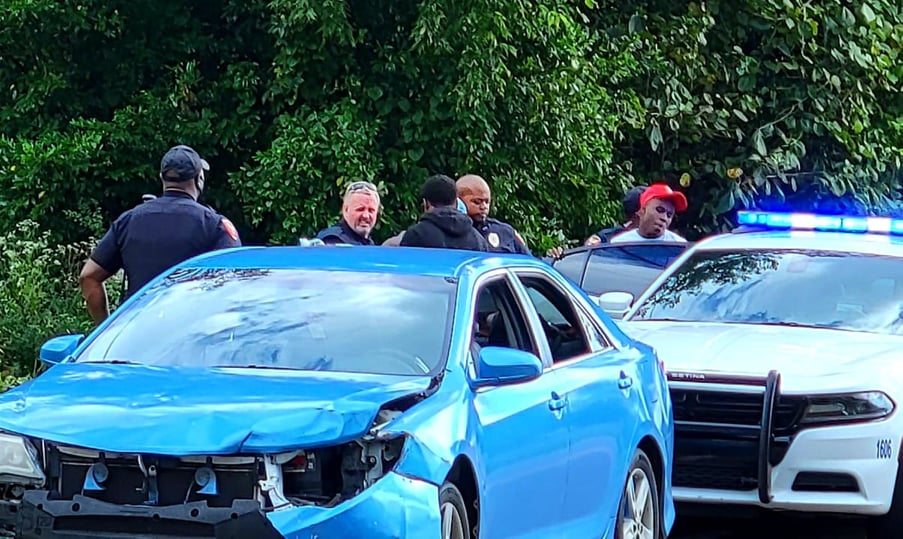 Two men were arrested Thursday after a routine traffic stop in Vicksburg.

Officer Carlton Phillips stopped a vehicle that was driving erratically on Warrenton Road just after 3 p.m. Thursday.  In the course of the stop, one of the occupants was found to be in possession of marijuana, while the other person had an outstanding warrant. 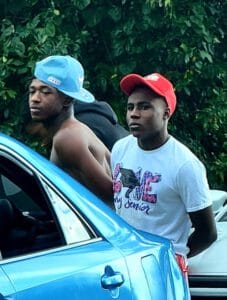 Both men were arrested following the traffic stop (photo by David Day).