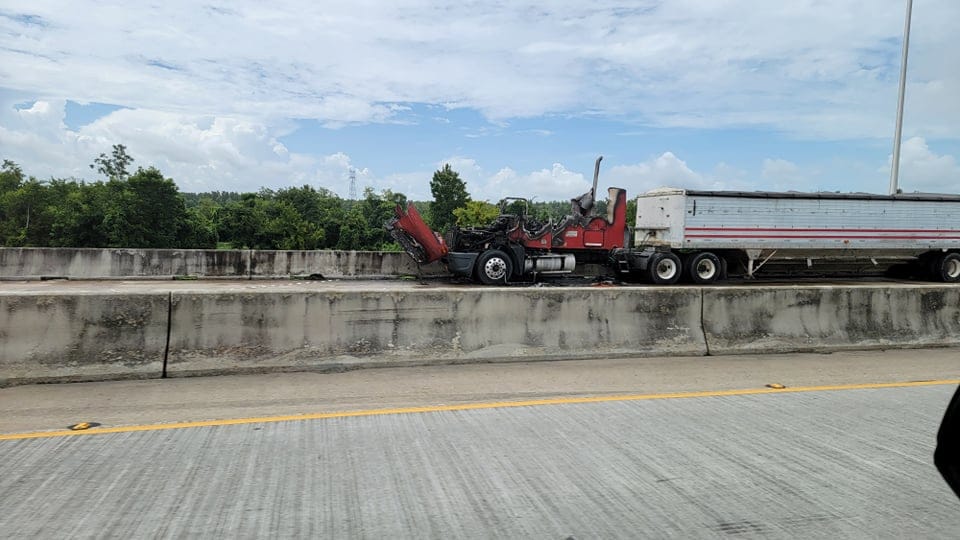 Traffic in the eastbound lane on U.S. Interstate 20, past the Delta exit, is currently backed up, as of noon Friday, due to a traffic incident which occurred earlier. 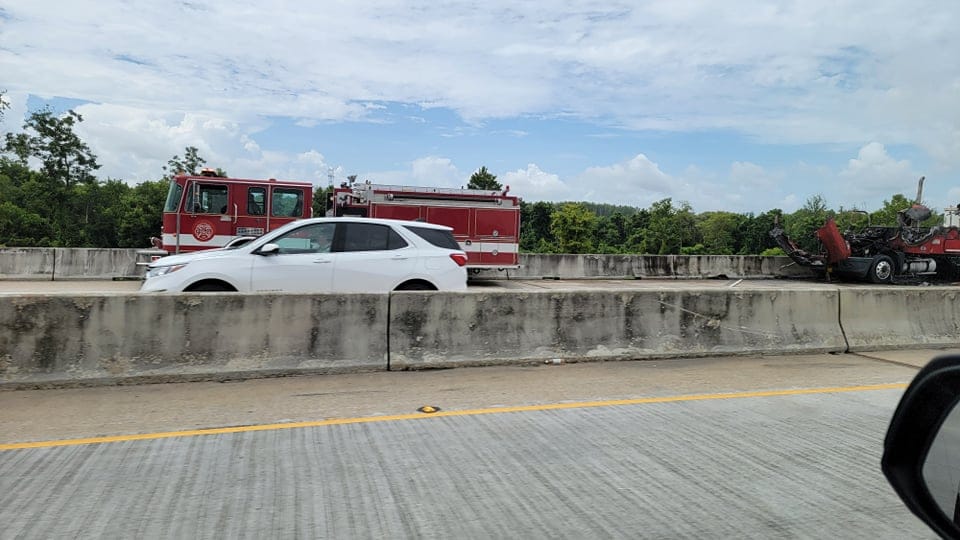 A flaming 18-wheeler caused traffic to come to a halt on Friday. (Photo by David Day)

An 18-wheeler caught flames on the Mississippi River Bridge, which caused all traffic to be shut down temporarily. The fire has since been extinguished, but traffic is still being impacted. The left-hand lane around the scene is currently open, allowing traffic to slowly resume. 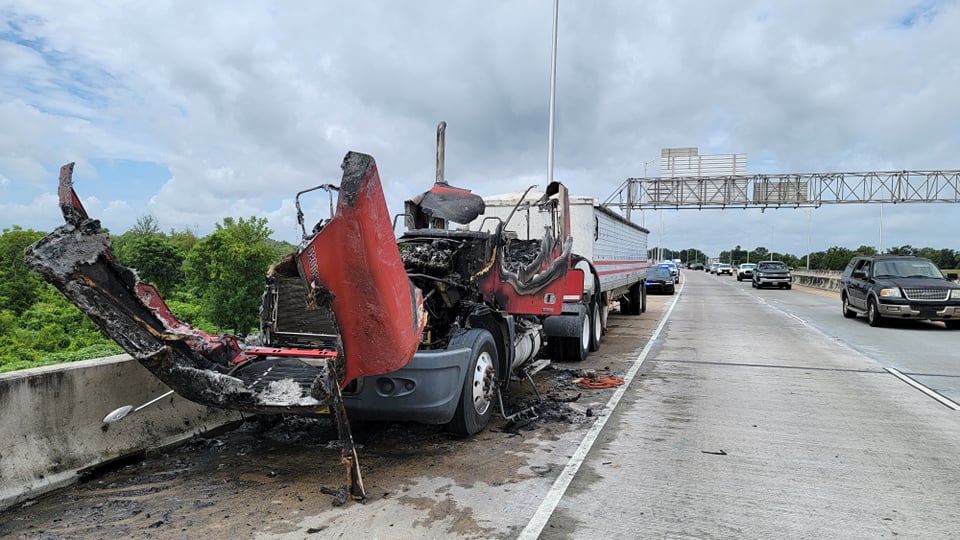 The 18-wheeler caught fire on the Mississippi River Bridge in the eastbound lane. (Photo by David Day)

Traffic is reported to be backed up, up to a mile before entering Mississippi from Louisiana. Expect delays until the scene has been fully cleared. 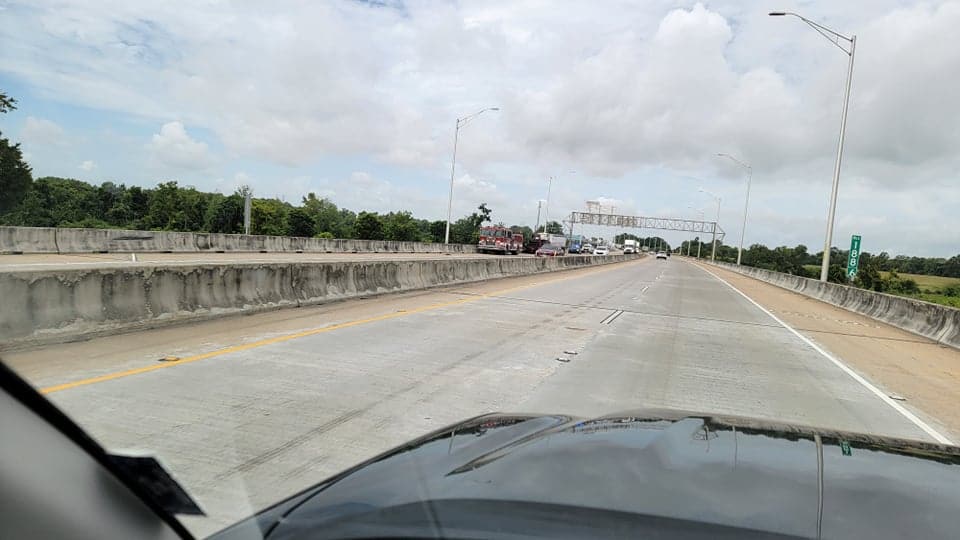 Traffic is slowly resuming, but backed up for at least a mile. (Photo by David Day)