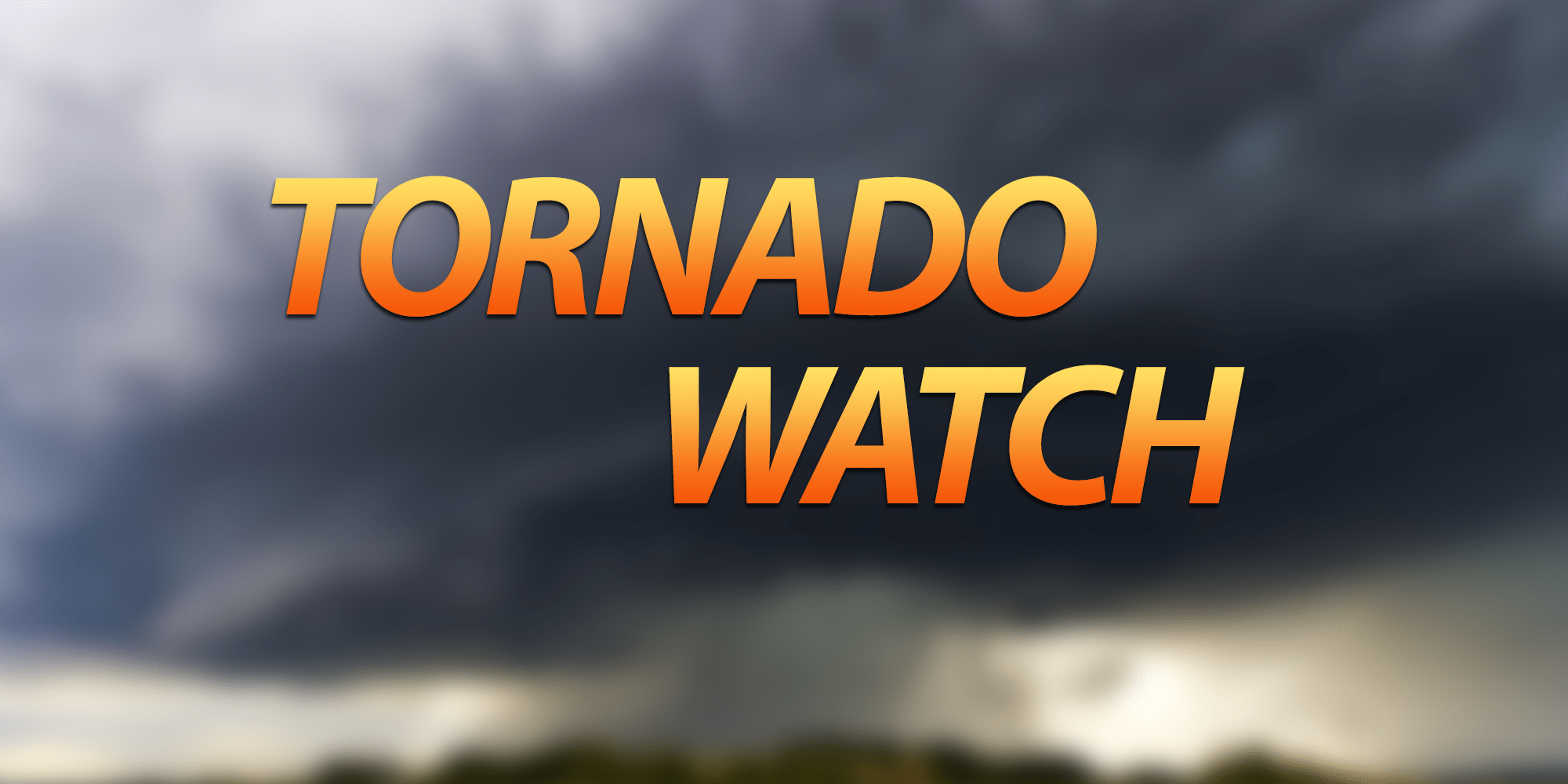 This Tornado Watch is effective this Thursday morning and evening from 11:25 a.m. until 8 p.m.

THIS IS A PARTICULARLY DANGEROUS SITUATION

A dangerous environment is developing across the watch area. Multiple rounds of intense supercell thunderstorms are expected this afternoon and early evening, with the potential for long-track strong to violent tornadoes. A few of the storms may also produce very large hail and widespread damaging wind gusts.

The tornado watch area is approximately along and 90 statute miles east and west of a line from 40 miles northeast of Huntsville AL to 45 miles west southwest of Pine Belt MS. For a complete depiction of the watch see the associated watch outline update (WOUS64 KWNS WOU0).

A Tornado Watch means conditions are favorable for tornadoes and severe thunderstorms in and close to the watch
area. Persons in these areas should be on the lookout for threatening weather conditions and listen for later statements and possible warnings.