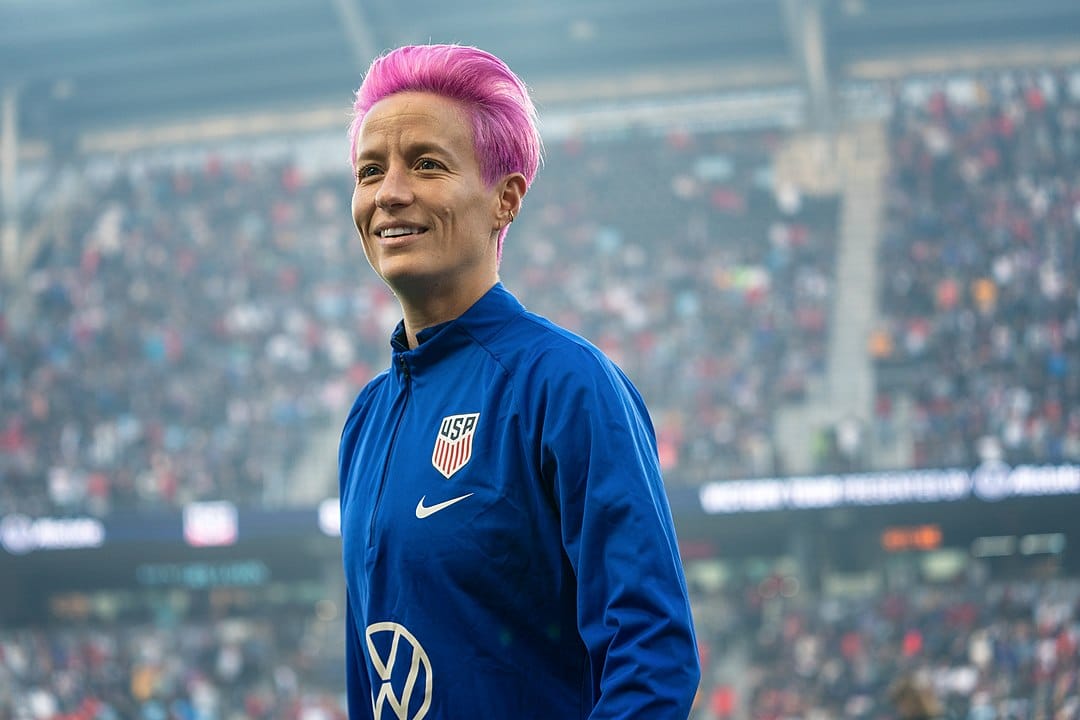 We political junkies are convinced that the biggest story of 2019 has something to do with President Donald Trump. Regardless of which side of the political aisle you stand on or lean toward, the turmoil in Washington has dominated much of the news coverage on our Facebook and Twitter feeds this year, not to mention the top cable TV stations and national newspapers.

But U.S. political news coverage only goes so far, and many people around the globe had other things on their minds. With hundreds of events and thousands of stories, how can we find the top 10 stories?

For Google, it’s all about what folks searched for. For years now, Google has dominated the internet search field, and as many of you know, it analyzes everything in the terabytes (or is that yottabytes) of data it gathers.

Overall, the top trending search topic this year was all about heroes and sheroes, from families, to sports figures and movies, to people in all walks of life, all ages and all abilities. Watch this video for a heartwarming look at the topic. The page will also give you a sense of what people searched for in specific categories including people, diets, fashion, movies and much more.

Because we’re a news organization, we’re most interested in news searches, and surprisingly (to me anyway), Trump didn’t make it into the top 10 searches. I think you’ll be surprised by some of stories, too. Click on any of the photos to enlarge them. 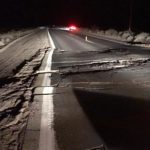 Damage from the California quake in July.

Fires on the left coast have been big newsmakers the past several years, but California has been dealing with devastating earthquakes for far longer. Quake news searches peaked between June 30 and July 6 with the earthquakes in Ridgecrest, which ruptured along at least 24 fault lines producing three distinct quakes on July 4 measuring 6.1 or higher. The next day, four events combined to produce a 7.1 quake. Estimated damage totaled more than $5 billion. 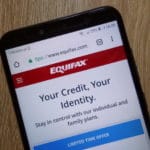 Data breaches happen with disturbing regularity. In 2017, Equifax, the largest credit reporting company in the U.S., exposed the personal information of 147 million people. In a country of about 320 million people, that’s nearly half the population, and more than 6 of 10 adults. That was great big news a couple of years ago, so it’s no surprise that when news hit of the $425 million settlement in July this year, people were keen to find out how to get their share. The lawyers are getting more than $77 million. You have until Jan. 23 to file a claim for $125 max.

2019 started off in the midst of the longest government shutdown in U.S. history. It began on Dec. 22, 2018, and went on for 35 days, ending on Jan. 25, 2019, and costing the economy about $11 billion, according to the Congressional Budget Office. It beat the second longest shutdown in history, in 1978 under Bill Clinton, by 14 days, and Obama’s longest shutdown, in 2013, by 19 days. This 2019 shutdown stemmed from an impasse over Trump’s demand for $5.7 billion in funding for a wall on the southern border. 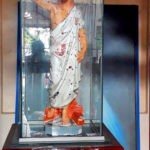 Terrorist bombings at numerous locations killed more than 250 people and wounded more than 500 on the island of Sri Lanka on Easter Sunday, April 21, 2019. In the wake of the attack, revelations of staggering intelligence and security failures made everything worse. Among those revelations was that the attackers included people from the top levels of Sri Lankan society. ISIS claimed responsibility for the attacks, three of which occurred at Christian churches. 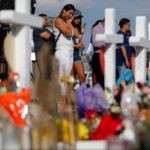 Patrick Crusies, 21, reportedly drove 11 hours to kill people of Mexican descent in August. In the deadliest mass shooting this year, he gunned down 46 people, killing 22, at a Walmart in El Paso, Texas. Crusies pleaded not guilty, but allegedly, his 2,300 word “manifesto” was filled with hate speech against immigrants. The FBI declared the shooting an act of domestic terrorism. The case remains open.

George is right. Killing random civilians to spread a political message is terrorism. FBI classifies it as domestic terrorism, but “white terrorism” is more precise. Many of the killers are lone-wolf losers indoctrinated to hate through the internet, just like Islamic terrorists. https://t.co/uyyjkoh1fR 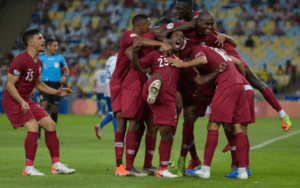 This one took me completely by surprise. Copa América? Well, yes. If you’re a fan of the beautiful game, you probably already know that Copa América, also known as CONMEBOL, is the oldest international “football” competition in the world, and every year South American teams compete to be the continent’s champion. Brazil won the top prize in 2019, its eighth time to do so. 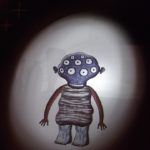 It all started with a fake Facebook event that a whole lot of people took very, very seriously. Two million RSVP’d to take down the U.S. Department of Defense and find those aliens the government is hiding. The event, “Storm Area 51, They Can’t Stop All of Us,” was a viral sensation. In the end, though, it was a big letdown. Only one woman actually “stormed” the gates by walking past them, and police arrested two people. 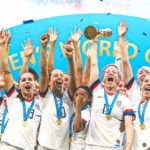 The U.S. Women’s Soccer Team won its fourth World Cup victory in 2019, and oh, how sweet it was. The world couldn’t keep its eyes off the women’s team this year, proving once and for all that women’s sports are every bit as exciting as men’s. I’m not even into sports, but this victory brought tears to my eyes. At the same time the women were kicking a** and taking names on the field, they were fighting to get equal pay from the U.S. Soccer Federation. In 2015, the men’s team, ranked No. 24, earned $8 million on a loss, while the women, No. 1 in the world, made $2 million on a win. The team goes to court on its gender discrimination lawsuit in May.

No. 2: The Notre Dame Cathedral fire

When the iconic 850-year-old Notre Dame Cathedral burned in April, the world stood riveted, and the story spread faster than the flames. People on social media lamented, shared stories of their visits and even artwork featuring the cathedral. By the time the fire was extinguished, the famous spire was destroyed, and a roof caved in, but some very fine firefighting managed to save much of the stone structure and the irreplaceable treasures it holds. France has vowed to rebuild the cathedral, which has become a secondary story. It could take decades and billions of dollars to restore.

The first major Atlantic hurricane of the year was the most intense hurricane ever to hit the Bahamas, and it affected the entire Eastern Seaboard of North America from Florida to Nova Scotia in Canada. Peak wind speeds reached 185 mph. The Category 5 monster formed on Aug. 24, and it squatted over the Bahamas destroying homes and killing and displacing families in the most destructive cyclone in the island’s history. The Red Cross said that more than 13,000 homes were destroyed or damaged, 70 people were killed, and 282 people are still missing today. Total damages on the islands exceeds $3.4 billion. When it made landfall in the U.S., Dorian continued its destruction causing about $1.2 billion in damages and 10 fatalities. It then handed Canada a bill for $79 million in damages before finally dissipating on Sept. 10. 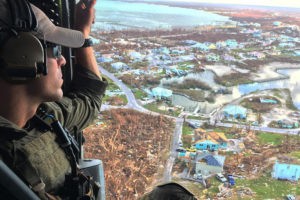 A special agent from the Diplomatic Security Service Mobile Security Deployments team surveys the damage from a helicopter above The Bahamas. (U.S. Department of State Photo) 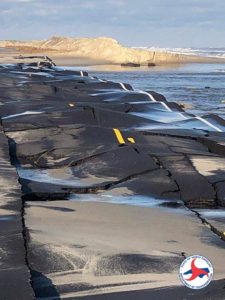 A Dorian destroyed road in North Carolina. (Photo by NCDOT communications CC BY 2.0.)

The Anthony at the County Club closes its doors

The initial investigation revealed a 2020 Chevrolet Malibu, driven by Gardner, was traveling westbound on U.S. Highway 80. For reasons still under investigation, Gardner drove her vehicle across the centerline into the eastbound travel lanes and struck the front of a 2015 Jeep Grand Cherokee.

While the cause of this crash remains under investigation, distracted and inattentive driving continues to be a leading cause of crashes in our state. Louisiana State Police urges all motorists to stay alert while driving. 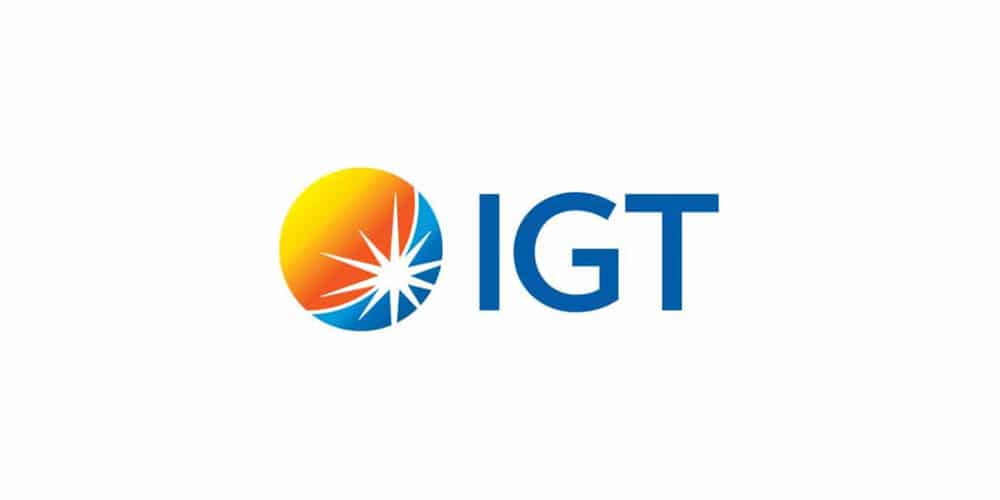 The Mississippi Lottery Corporation, along with its gaming and instant ticket printing vendor, International Game Technology PLC, announced Wednesday that IGT will contribute $10,000 annually in scholarship funds to benefit students at Historically Black Colleges and Universities in Mississippi. Five individual HBCU schools will receive $2,000 per year for the duration of IGT’s contract to fund scholarships for deserving students.

“Since the first day of sales Nov. 25, 2019, the Mississippi Lottery Corporation has exceeded all sales expectations and revenue return to the State of Mississippi,” said MLC President Tom Shaheen. “This could not have happened without the knowledge, expertise and experience of IGT. We are very proud to have a partner also willing to give back to Mississippi in the form of contributions to Historically Black Colleges and Universities.”

“When IGT began its partnership with the Mississippi Lottery, we made a commitment to not only introduce growth-driving solutions for the Lottery, but to also give back to the local communities and residents of Mississippi,” said Jay Gendron, IGT chief operating officer, lottery. “IGT is extremely proud to collaborate with the lottery and Mississippi’s HBCUs to provide opportunities for students with diverse backgrounds to further their studies and move on to lead promising careers.”

IGT is the lottery technology partner to the Mississippi Lottery and supplies the lottery with its draw-based central system, lottery terminals, instant tickets, warehousing and distribution of instant tickets, marketing support, field services, call center operations, retailer training, and primary and back up data centers. IGT has had a presence in Mississippi since 1992 through its gaming operations and helped open the first casino in the state. In 2019, IGT opened a local office and a warehouse in the greater Jackson area near the Mississippi Lottery Corporation headquarters to ensure collaboration, maximize efficiency and address opportunities.