Tom Wince and the 'bitters and sweets' of the Blue Room

The senator and the oyster 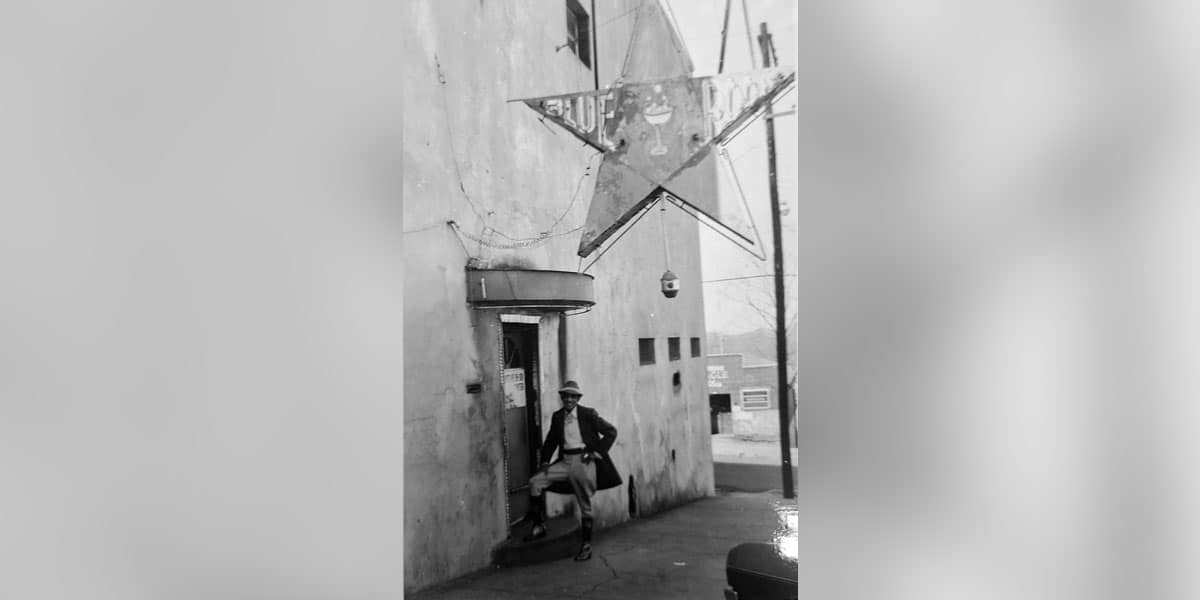 Dressed in riding jodhpurs, a frock coat and fashionable boots and hat — and with a $10,000 diamond ring covering half of his finger — Tom Wince was one of the most easily recognizable people in Vicksburg in the 1950s and 1960s.

When he wasn’t out walking, he could be seen in a sporty car in which he had installed a small chandelier, complete with shiny prisms, hanging from the interior where any other car would have had an ordinary bulb. To top it all in an era when a telephone in a car was the rarest of rarities, Tom Wince had one in his car. Some said it didn’t work, and that it was just a prop, but it impressed folks to see him riding along, presumably talking on his car phone.

Tom Wince was best known as the proprietor of the famous Blue Room Skyline nightclub on Mulberry Street. Tom was also famous as possibly the only local person featured in the popular TV series, “On the Road with Charles Kuralt.”

Wince was born in the Oak Ridge community north of Vicksburg in 1911. As a lad he started coming to town, paying Tom Money 25 cents for a ride. When Money increased the fare to 50 cents, then 75 cents and finally a dollar, Wince told him he wouldn’t be going back home because, “It was cheaper to stay in town.”

He got a job as a bellhop at the National Park Hotel and then worked as a waiter in the hotel restaurant. On Oct. 17, 1937, he decided to put what he had learned about business to use. He rented a building for $6 a month, spent $10 on merchandise and opened The Blue Room. In 1941, he bought the building, and in 1945 he turned the top floor into a big ballroom, calling it The Skyline.

That meager investment, followed by adding the ballroom, resulted in some of the biggest names in the music business performing in Vicksburg. Playing on opening night in The Skyline on Thanksgiving, 1945, was an all-girl band from Little Rock, Arkansas, The International Sweethearts of Rhythm.

For the next 27 years, the famous came to perform. The magic fingers of Fats Domino, Joe Liggins and Ray Charles tickled the keys of the big red and blue grand piano. From the center of the stage Louis Armstrong blew his famous trumpet, and Dinah Washington, Bobby “Blue” Bland and Roy Brown sang the blues. Band leaders such as Lionel Hampton, Bill Doggett and Lucky Millender conducted their orchestras.

Others came to The Blue Room, musicians such as Joe Turner of “Shake, Rattle and Roll” fame, Louis Jordan, B.B. King, Little Milton, T-Bone walker — and of course Vicksburg’s hometown favorites, The Red Tops. Wince booked many bands that had never before played in the South.

The biggest crowd to ever appear in the Blue Room was the night Louis Armstrong played here, Wince said. It was when segregation was the law, and Wince roped off a section of the ballroom for his white friends. As the night went on, the rope came down, and everybody was dancing. The crowd was so huge that Wince was literally afraid the building might collapse. But it didn’t, and once the show was over, Wince spent the rest of the night counting the money.

He provided many good times for a lot of people, and he said his success was partially due to treating everybody the same. He said he tried to stop arguments before they started. A sign behind the bar advised: “Bad Talkers & Actors We Can Get Along Without You.” It was said at times he leaped across the bar, pistol in hand, ordering people out of the building if they couldn’t behave.

Wince was not without his problems. Some said it was a setup, but Wince was arrested, tried and convicted of selling stolen property in the mid-1940s. He thought he could defend himself because he was not guilty, but he lost the case, was sentenced to four years in prison, of which he served two. Many thought the affair was politically motivated. 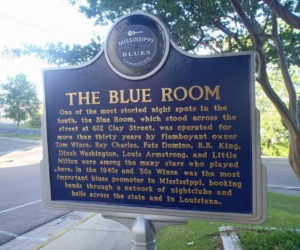 The Blue Room was the scene of some of the largest balls ever held in this area, and the club was the largest and finest one owned by a black man in the South.

Wince was never afraid of hard work — some said he could out­ work any three bartenders on the 50-foot long bar. In addition to work he was also very involved in local organizations: He was an Elk, a Shriner, a 33rd degree Mason and a Baptist.

In 1970, Wince, in his pink Thunderbird, represented Mississippi and his lodge in a parade of 17,000 at the Elks convention in Philadelphia, Pennsylvania, and before a crowd of 10,000, according to The Elk News, he “modeled his wonderful wardrobe in grand style, adding charm to the show.”

Wince was a coin collector, loved fishing and had a collection of about 2,000 jazz records of famous orchestras. He loved to travel, and one of his obsessions was prize fights. He attended most of the championship fights of his day and counted Joe Louis as a close friend.

He once promised his mother he wouldn’t miss going to church, and in 1972, he had not missed a Sunday service in 11 years. He didn’t gamble, smoke, or drink and was a member of King Solomon Baptist Church.

Wince made a lot of money — his son Wardell said if he made $100, he spent $105 —and it took a lot to operate The Blue Room. Most of what he made he reinvested into the business, and by doing a lot of the work himself, he kept down expenses and had the satisfaction of being his own boss.

He said he had many “ups and downs, many bitters and sweets, but I have enjoyed these 35 years. I’ve made so many friends all over the country.” He made some enemies, too, “in trying to run a nice place, but I held tight as I knew I couldn’t satisfy everyone.”

When Vicksburg underwent urban renewal in 1972, the Blue Room was a victim. It was closed and demolished. Wince then opened a smaller club, The Barrel, which included a prayer room with religious motifs. but it never gained the fame of The Blue Room Skyline.

Tom Wince died in 1978 and is buried in Cedar Hill Cemetery where a large marble star marks his grave. The following epitaph is engraved, along with his name: “An Internationally Known Night Club Owner Who Established and Operated the Famous Blue Room Night Club from 1937 – 1972.”

In 1972, when the Blue Room was closing, I met and interviewed Tom Wince. Behind the bar was a large painting, a mulatto nude on velvet, and Tom offered it to me. I lived at home, under my father’s roof, and I knew I could never take it into the house, so I declined. I regret that.

Many years later, in 2011, I interviewed Wince’s oldest son, Wardell Wince, for a two-part story. Wardell had joined the Marines when he was a teenager, and “once a Marine always a Marine.” Wardell pulled no punches — you didn’t need an interpreter to understand him — he shot straight from the shoulder.

In two words Wardell summed up and described his father: “Arrogant” and “Flashy.”

Regardless, Wince remains a legendary figure in local history.

Buffalo Bill’s Wild West in Vicksburg: ‘a scene to delight a boy’s heart’