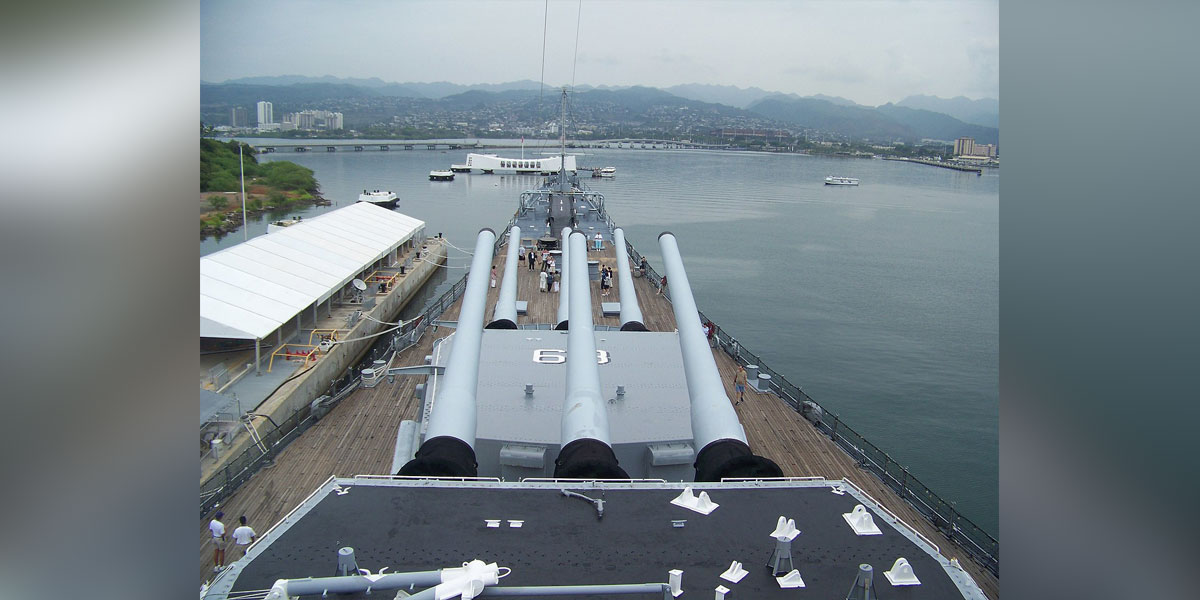 Missouri facing the sunken Arizona, symbols of the beginning and the end of WWII for the U.S. (Photo by Justin Brockie from Wolcott, Connecticut, USA - USS Missouri, Pearl Harbour, CC BY 2.0, https://commons.wikimedia.org/w/index.php?curid=5115536)

Wednesday marks 75th anniversary of the official end of World War II, the deadliest conflict in the history of the world.

Wednesday’s commemorations included a small gathering on the deck of the USS Missouri in Hawaii — small due to the COVID-19 pandemic. The Missouri was the site of Japan’s surrender on Sept. 2, 1945. She was decommissioned in 1992 and since 1999 has served as a museum in Pearl Harbor.

The National World War II Museum in New Orleans estimates 60 million people died during the war that raged for six years in Europe, Africa, Asia and Oceania. Among the dead were at least 45 million civilians. Another 25 million were wounded.

The United States lost 416,800 soldiers during the conflict, but that number pales in comparison to the Soviet Union, which lost between 8 million and more than 10 million. Japan lost more than 2 million soldiers and China between 2 million and 4 million.

Some 16 million Americans served during World War II. It is estimated that fewer than 400,000 are still living.

VPD searching for a juvenile in connection with a Tuesday shooting