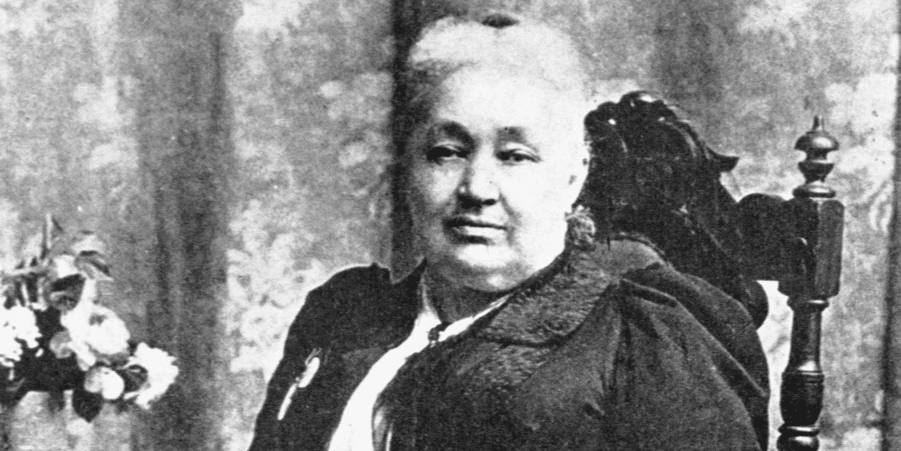 It’s the tidbits of history that have always intrigued me, the little known instances that didn’t change the overall story and that are usually left out of history books.

In 1885, the Boston Globe sent a reporter to Mississippi to get Jefferson Davis to criticize Gen. Grant. Though the two men were both graduates of West Point, and both had served in the war with Mexico, they were leaders on opposite sides of the American Civil War, and they had never met. Davis was often sought for interviews by the press and he usually courteously received writers.

On this occasion it would certainly have been easy for Davis to have taken the bait. He certainly had plenty of reason to be bitter.

“You know that Gen. Grant is dying,” he told the Northern journalist. The General had throat cancer. Davis told the reporter that to his knowledge Grant was not personally responsible for any of the atrocities inflicted upon the South.

Davis then concluded the brief interview with this statement: “If I could alleviate his suffering in any way, I would do so.”

That statement tells the reader more about the character of Davis than volumes compiled by historians.

Grant died a few months later, and Davis four years after that. Davis is said to have had the largest funeral in American history.

Now skip forward a few years into the 1890s.

Mrs. Jefferson Davis, Varina, was a talented writer, so to make a living she moved to New York City where she worked for Joseph Pulitzer of The New York World. She had an apartment in a hotel and became quite the queen of social gatherings.

One weekend she went to West Point, the location of the U.S. military academy. There was a knock on her door, and she opened it to see a portly old woman standing there who reportedly said, “My dear, I have wanted to meet you. I’m Julia Grant.” 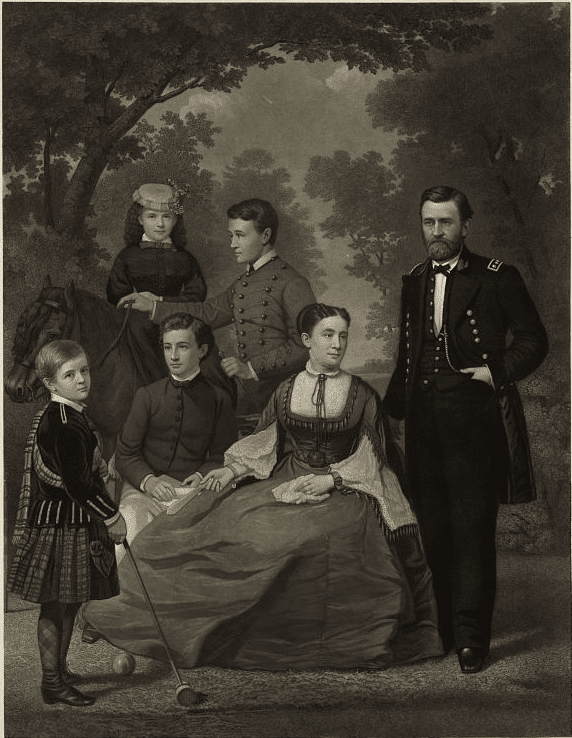 U.S. Grant and his family (Library of Congress)

One might at first think how unlikely they would become friends, but they had a great deal in common.  Both were Southerners, both were well-educated, both were well traveled, and each was married to a famous man. Perhaps the irony would be that Mrs. Abraham Lincoln and Mrs. Grant could not abide one another.

Julia and Varina became good friends, often dining together and sometimes enjoying short trips with each other. On one occasion, Varina accompanied Julia on a visit to Grant’s tomb. When Varina heard that Julia had died, she dropped to her knees in prayer.

One cannot help but wonder: Did Julia Grant know about Jefferson Davis’ kind words about her husband?

Varina Davis lived the rest of her life in New York, but made trips back to the South. She had sold Beauvoir in Biloxi to the United Confederate Veterans, turning down an offer from Northern developers that would have amounted to millions today; to the UCV she sold it for $10,000.

Varina was practically alone, having lost her husband and each of her children except Margaret, who lived in Colorado Springs but often visited her mother.

Though Varina had many northern friends, she always defended the Confederacy and the reputation of her husband.

On Sunday, Oct. 7, 1906, she caught a cold and was seized with a severe chill which turned into pneumonia. Ten days later she died, and among her last words were, “O Lord, in thee I have trusted, let me not be confounded.”

A brief funeral service was held for her in her apartment, conducted by the Episcopal priest where she attended services, assisted by the New York Camp of the United Confederate Veterans. It was a private ceremony attended by a few close friends including Mrs. Joseph Pulitzer and Mary Custis Lee, daughter of Gen. Robert E. Lee.

Arrangements were made for the body to be taken to the train station for removal to Richmond for burial. It was an impressive procession. The City of New York furnished an escort of mounted police, and a military band marched before the hearse playing a dirge and at times a familiar hymn. These were followed by a company of U.S. Army troops as an honor guard. It was the first time that any woman had been so honored in the history of the nation.

A company of artillery, on orders of Gen. Fred Grant, commander of troops on Long Island, marched with Confederate veterans as an honor guard.  The casket was draped with a large Confederate flag, and gorgeous floral offerings filled the cars and carriages. Included were memorials from Gov. and Mrs. Theodore Roosevelt and the Vanderbilt family as well as from every southern governor and the Daughters of the Confederacy.

The New York Herald had the following notice: “As a noble victor might pay tribute to a worthy adversary, the United States government yesterday accorded a signal honor to the memory of Mrs. Jefferson Davis, widow of the President of the Confederacy, by sending an escort of Federal troops to her funeral, and side by side they marched with the Veterans of the Lost Cause of her own South.”

Newspapers from throughout the nation, South and North, paid tribute such as the following:  “The vanguard of the Confederacy marched to the front, flags flying and bands playing the strains of the Bonny Blue Flag, Dixie, and My Maryland. It made a brave and martial show and stirred the hearts of men. The rear guard of the ‘Lost Cause’ marched behind to the solemn dirge of funeral music; it bears to its last resting place the remains of the wife of its President, an American woman, ennobled by suffering, sacred by reason of sorrows triumphantly endured. The last scene of the sad pageant is more glorious, more inspiring and more beautiful than the first, and the Nation does well to bare its revered head in honor of it.”

In Richmond, services were held at St. Paul’s Episcopal Church and then Mrs. Davis’ body was interred in Hollywood Cemetery beside her husband.