Three more arrests made in the shooting of Alcorn students

Police have made three additional arrests in the shooting that left two Alcorn State University students dead on Feb. 17.

In custody are Vontavious Green and Carlton Hall, charged with accessory after the fact to murder.

Damius Madison was also arrested, but the charges against him are unknown at this time. 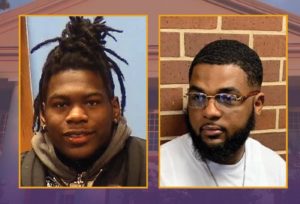 The shooting happened off campus in Claiborne County on Monday, Feb. 17. James Carr, 22, of Itta Bena, and Tahir Fitzhugh, 19, of Pennsylvania, died as a result of their wounds. Two other students were wounded but survived.

Jerrell Davis, 20, is charged with two counts of murder in the case. He is being held on $2 million bond.

152 Parchman inmates sue over ‘medieval,’ ‘barbaric’ conditions at the prison