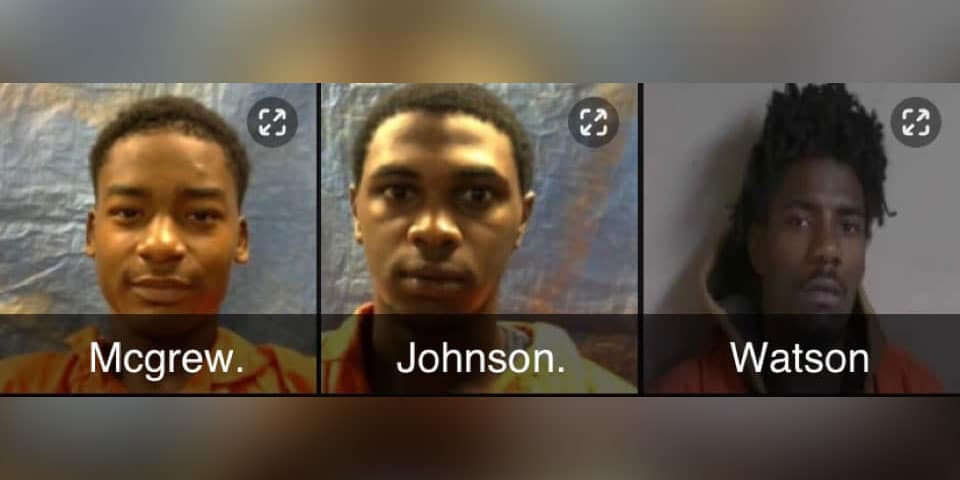 On Dec. 21, at approximately 1:20 a.m., deputies responded to a residence on Rodney Road in Claiborne County for an attempted burglary. The homeowner stated that three individuals turned off power to the residence and then tried to gain access into the home through a window.

Once the suspects realized someone was home, they fled the scene.

Later that night, a business located in the Port Gibson city limits on Mulberry Street was burglarized. Several items were reported stolen, including two chainsaws, several guns and motor parts.

In a matter of days and after a thorough investigation, Sheriff Edward Goods and his investigation team brought in three suspects for questioning: Ethen Allen Ray McGrew, 20, Tradarrius Johnson, 20, and Clayde Watson, 20.

After hours of interviewing the suspects, Sheriff Goods and Investigator Carlton Phillips were able to locate all items stolen from the business. McGrew, Johnson and Watson were all charged with burglary of a business and attempted burglary of a dwelling.

During their initial court appearance, bond was set for Johnson and Watson at $120,000 each. McGrew was denied bond due to being out on bail for a previous burglary.

The Mississippi River Bridge and the deadly cost of construction