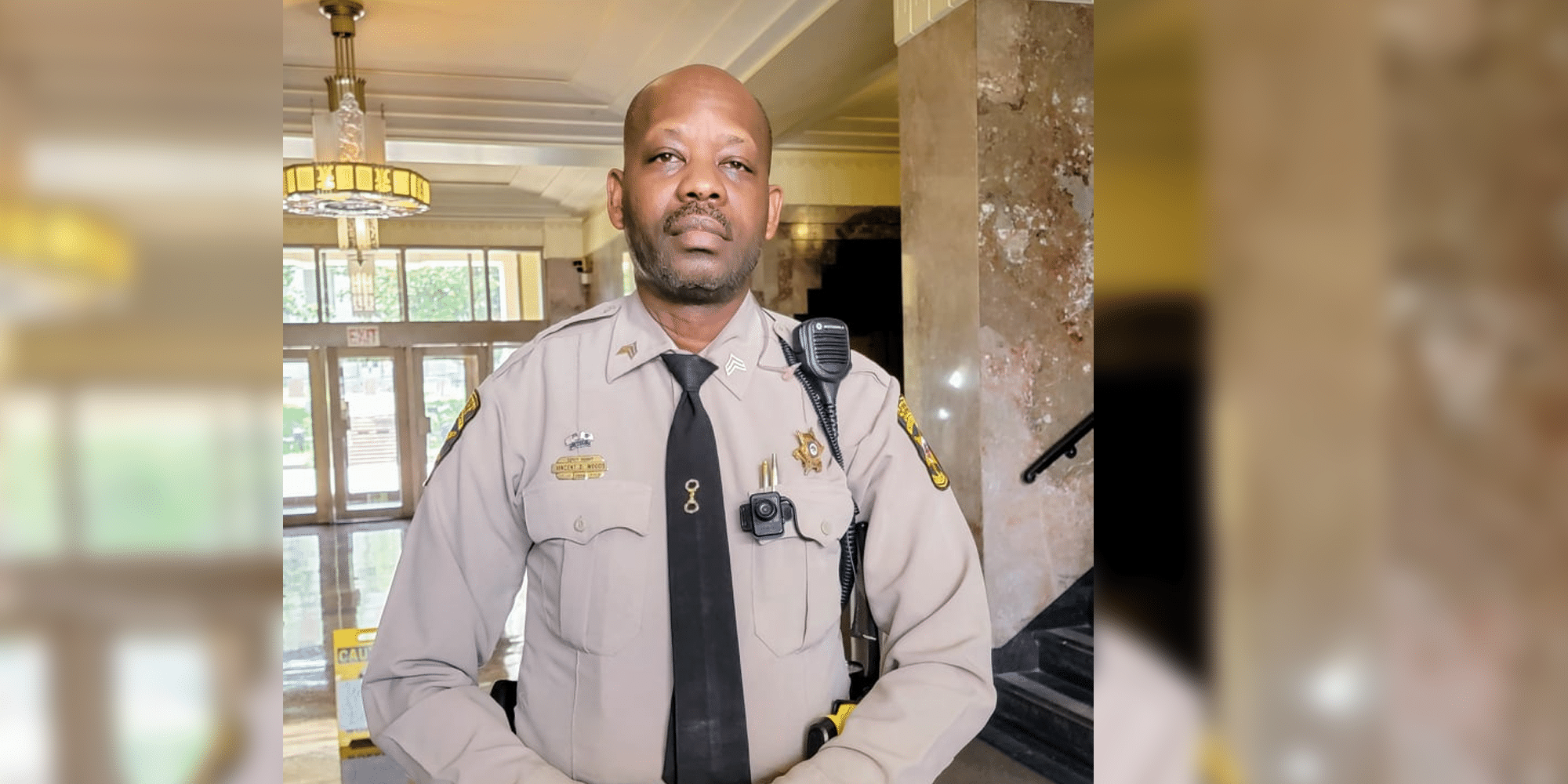 VICKSBURG, Miss. (Vicksburg Daily News)–Sgt. Vincent Woods knows he is a blessed man and wants to do his part to see that others feel blessed as well. He felt he could do that through serving and being a positive influence in others’ lives.

He was blessed to learn from prominent men like (the late) Randy Naylor with the Vicksburg Police Department and retired Deputy Sheriff Kenny Ballard and realized he could best help others through a career in law enforcement.

In 2002, Woods began with the Louisiana Department of Corrections at Angola. Working in such an immense facility was an eye-opening experience, but it made Woods realize that even those who have made bad choices in life can be blessings to others.

In August 2009, Woods moved to the Warren County Sheriff’s Department where he currently serves as Chief Bailiff at the courthouse.

Woods’s blessings continued with the birth of his six beautiful daughters and five grandchildren, and his family deepened his desire to serve and share his blessings with his community.

Sheriff Martin Pace praised Woods and said, “Sgt. Woods has always been ready and available for any special details that come up. He is a very valuable asset to our department and our community. He’s just a genuinely good guy.”

Woods currently supervises 8 deputies in the Court Services Division and taking care of two Circuit Judges. He also provides security for the county offices and the staff there. Woods counts his many coworkers among his blessings, too.

“I have the best coworkers you could ask for. I really appreciate each and every one of them for their hard work and dedication,” he said.

One of Woods’s duties is transporting inmates to appointments and court hearings, and it is during these times Woods talks to the inmates and help them recognize their own blessings despite their current situations. He also talks to them about their futures and their ability to bless others despite any poor decisions they have made.

It is those qualities that earned Woods the honor of being named 2016 Officer of the Year from the Vicksburg Homecoming Benevolent Club and the 2018 Top Cop Award from the Warren County Sheriff’s Office.

When asked what makes a person a great law enforcement officer, Wood said, “They need integrity, to be of good character, gratitude, honesty and compassion. They need to be able to see an offender as someone who made some bad choices, but still capable of having value as a person.”

Basically, a great law enforcement officer is someone who knows they’re blessed with the opportunity to serve and protect their community, therefore allowing those people the ability to go out and bless others.

So from those of us at VDN, thank you for blessing us with your service and we are blessed to know you.