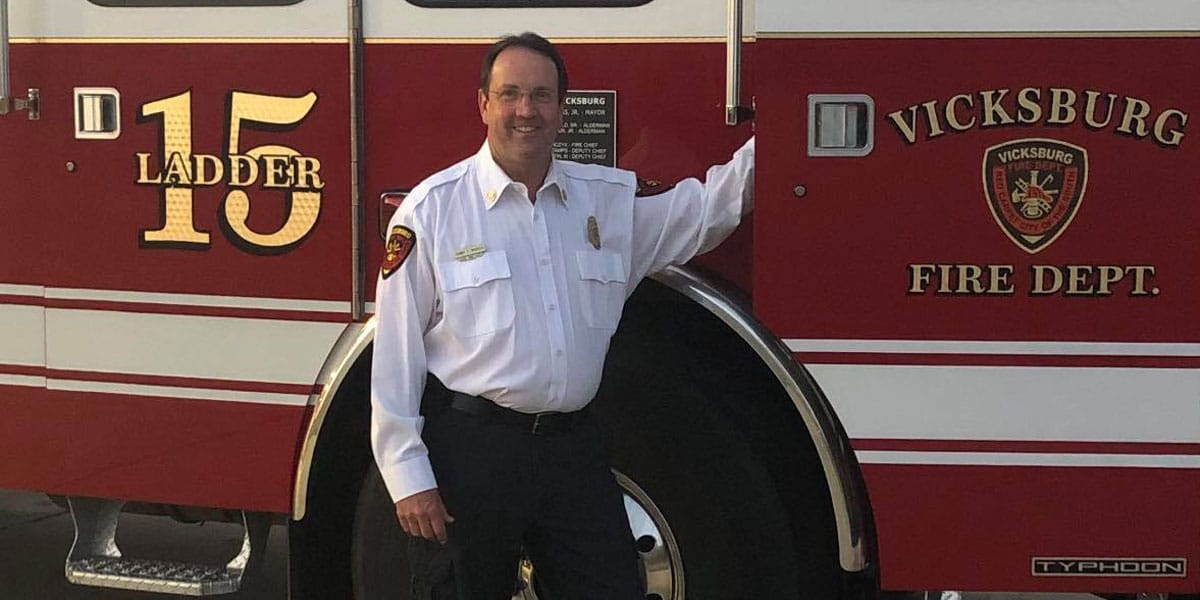 For 25 years, Sam Brocato has provided fire and rescue services for residents of Vicksburg with the Vicksburg Fire Department.

“I knew coming into this job I wasn’t going to get rich, but I was rich and filled with the knowledge of knowing I am helping the community I love, and that’s what makes me feel accomplished,” Brocato said.

Twenty-five years has created long-lasting memories and even longer friendships.

Brocato said nine of the 17 that were in his hiring class are still with the department, including Chief Craig Danzyck. Others have retired or moved to different departments.

When asked what his favorite part was of serving on the fire department, Brocato said his co-workers have had the greatest impact on his 25 years.

“They are always there for you, especially during a hard time,” he said. “If you’re missing a play for your children or even a ceremony, working with your team is like having a whole other family to rely on.”

Earlier this year, Brocato lost his mom and during his time of grief, his co-workers stepped up and have been there for him.

“They really helped and listened,” he said.

Brocato is not a Vicksburg native. He started his career as a sheriff’s deputy for the Jefferson Parish Sheriff’s Office in Metairie, Louisiana, from 1985 to 1992. It was there he discovered his desire to be in the fire service.

“I got to watch the firefighters and rescue units work,” he said. “They saved people’s lives, and I said, ‘That’s what I want to do.’”

Brocato was promoted to a captain with the Vicksburg Fire Department in 2015.

Over his 25 years as a firefighter, Brocato has been a part of many life-saving calls, but the one that he finds most memorable happened four years ago.

In 2016, four male high school students from Porter’s Chapel Academy lost control of their vehicle and struck a tree. All four of the young men were severely injured.

“It was a hot and humid summer day, but the fire department was there for them,” he said.

Brocato said he likes to think he was a helping hand in saving their lives. Today, he said, he sees the boys around town along with others whom he has had an integral part in saving.

“When I see people I helped, it’s just a joy to see them knowing I helped them,” he said. “They don’t call me their hero, but they are thankful for me.”

Like many first responders, Brocato doesn’t consider himself a hero, either.

“We are trained to do a job,” he said. “For me, I’m fulfilling my life calling. It just feeds your soul knowing you’re making a difference for somebody else.”