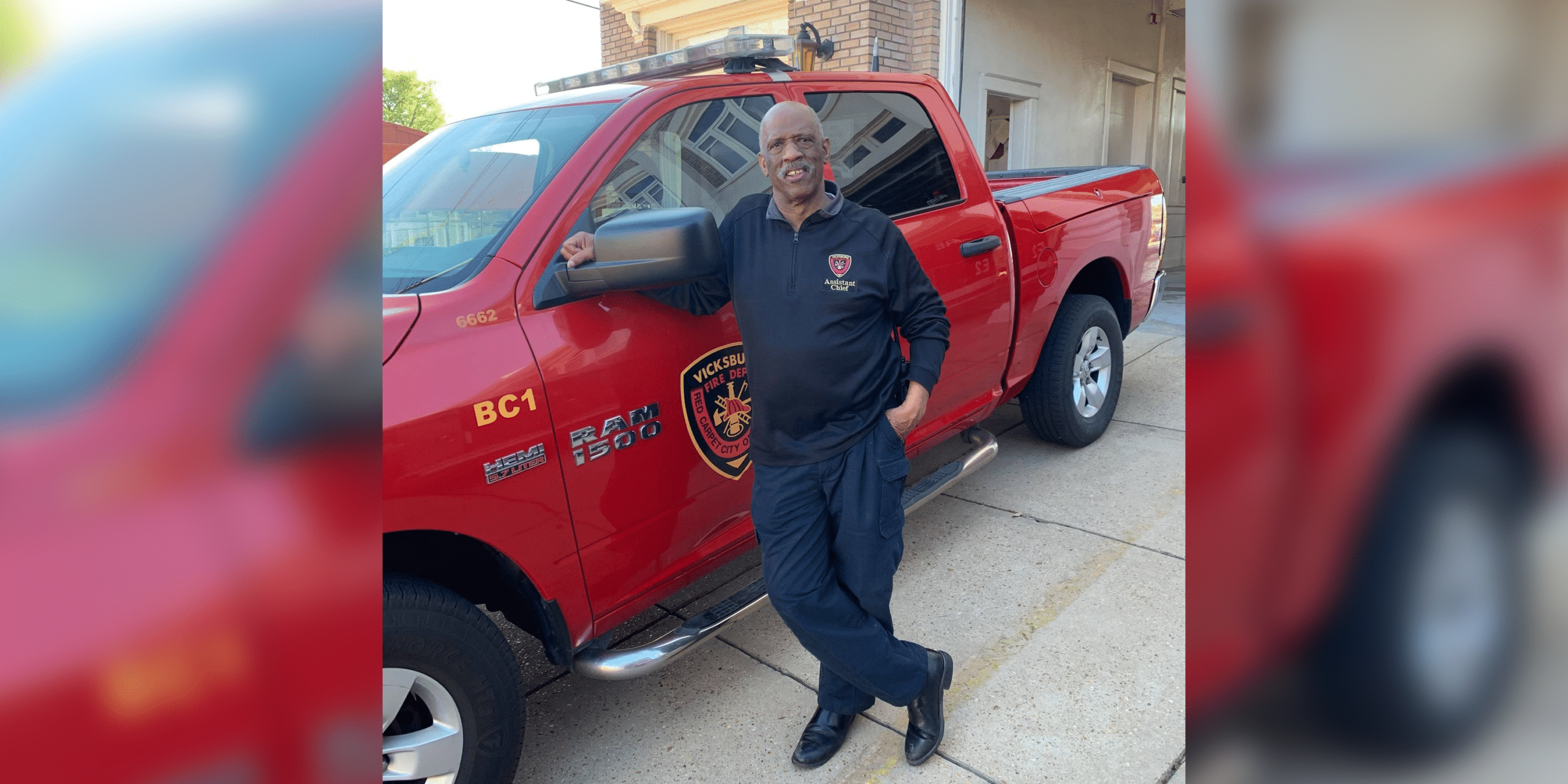 When we find ourselves with a serious problem, we often look to a professional for help.  And when we want the very best, we naturally look to an experienced professional.  So it was no surprise that when looking for this week’s subject for VDN’s “Those Who Keep Us Safe” column, I was directed to Vicksburg Fire Department Battalion Chief Henry Williams.

Vicksburg Fire Chief Craig Danczyk suggested Williams as he is nearing the 20-year anniversary of being promoted to the position of Battalion Chief.  Williams was hired at the VFD in March of 1978, and he holds the record for longest service of any Vicksburg Fire Department member.

Fire Chief Danczyk said, “I worked as a Battalion Chief for five years, and I have tremendous respect for all three of our shift commanders. They are responsible for 7 fire stations and all of the on-duty shift personnel which is typically 32-38 people. You respond to every structure fire during the 24-hour shift, and are responsible for the overall scene.”

Williams is as devoted to his large family as he is to his long career.  He and his wife are parents of five children, nine grandchildren and one great-grandchild.

He enjoys the challenge of the shift-to-shift operations and keeping his crews safe while they are on duty.  “A workday starts for me with making sure stations and units are properly staffed, that there are no equipment issues, checking emails, getting directives from administration for the day’s agenda and supervising whatever training is scheduled for the staff,” he described.

Williams has stayed with VFD largely because he finds his career so rewarding.  “The thing about this job is being able to help people when they’re in need and when their lives have been shattered,” he said.

Looking back on his career, Williams said, “I have had so many proud moments pertaining to this job, but really it comes down to being part of a department whose personnel can handle most anything that comes our way.  I am so proud of the men and women who make up the Vicksburg Fire Department.”