Those who keep us safe: Dusty Keyes and Heidi 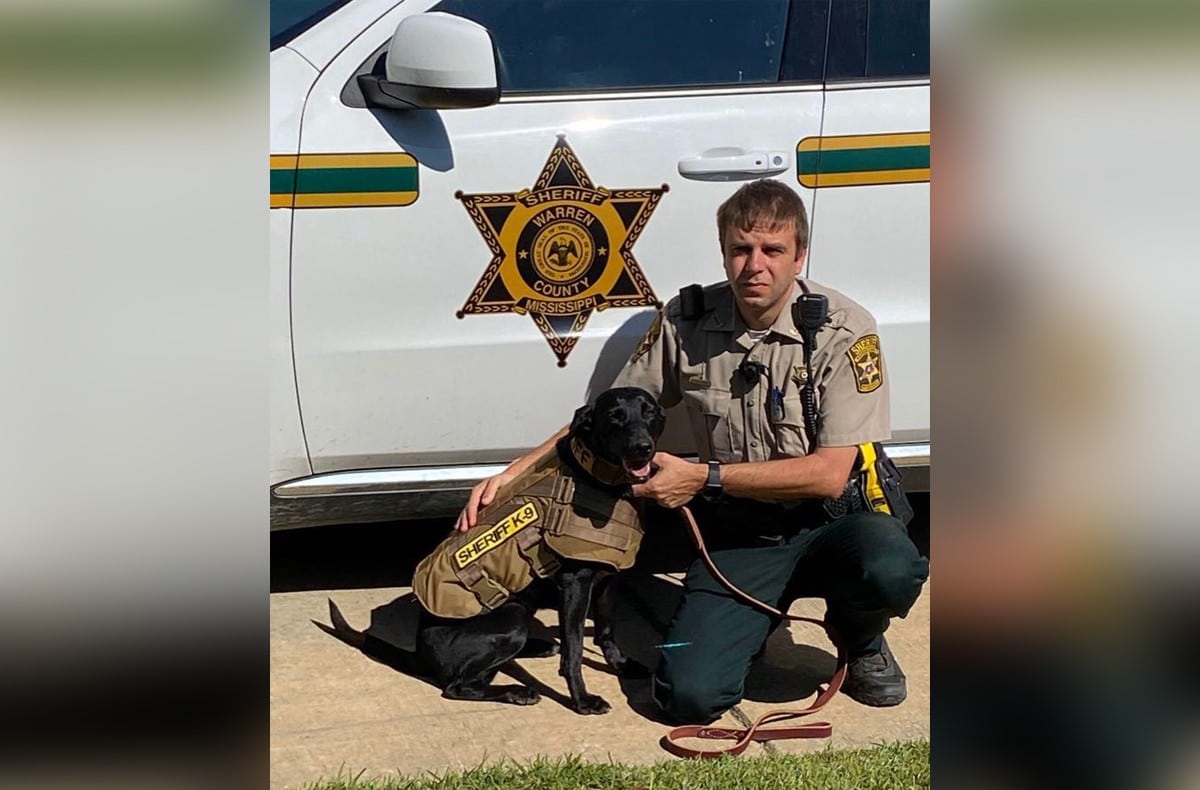 On Sept. 11, 2001, the nation was thunderstruck by terrorist attacks. Dusty Keyes was inspired.

“After 9/11, I changed my major to criminal justice,” Keyes said. “Our country was under attack.”

Like many of us, Keyes remembers that day all too well.

“I remember watching fire and law enforcement personnel running into burning buildings to save lives, and that really opened my eyes,” he said.

That historical event led to a life-changing career in law enforcement for the Vicksburg native. The Saint Aloysius graduate returned to Vicksburg after graduating from Hinds Community College. Keyes began to work in his family’s business, Keyes Recycling, but felt the urge to help people. In 2014, he applied to work for the Warren County Sheriff’s Department.

He started out as a Sheriff’s deputy, but has since moved to be a K-9 handler for the department.

The title of sheriff’s deputy K-9 handler really fits Keyes because it has always been his passion to train dogs, especially working dogs.  In 2016, he began a partnership with his now best friend, Heidi.

“I got her from a friend of mine when she was six months old,” Keyes said. “I trained her from the ground up.”

Heidi, a black Labrador retriever, was born and raised here in Vicksburg, and Keyes trained her himself. Heidi has made an impression on the Keyes family, and they have welcomed her in with open arms.

“She sleeps in the bed with me and my wife every night,” he said.

Keyes, 39, is married with three children. He says Heidi is a family dog first, but she knows how to keep her work life and family life separate. With one command, Heidi is ready to go to work.

Keyes began training Heidi when she was eight months old, and the training process took about nine months.

“She was ready to go well before that,” Keyes said, “but she wasn’t needed as a working dog at the time, so I just kept training her until she was needed.”

When she was 18 months old, Keyes donated Heidi to the Warren County Sheriff’s Office where she and Keyes take on narcotics recovery. She is now four years old and has been certified in narcotics for three years.

Keyes knew when he got Heidi that her purpose was as a working dog. Right before joining the department, Keyes and Heidi went to the National Narcotic Detector Dog Association in Texas to learn from the best.

“It was our first year,” Keyes said. “It was strictly a learning trip.”

The duo learned many things from the association and chose to come back a second time, but this time they would go and compete with over 200 working dogs from around the nation.

“The next year she worked with the county and we placed 34th in the nation.”

With Heidi by his side, Keyes says presenting to school-age children has a special place in his heart.

“I have demonstrations for Pre-K age all the way to seniors in high school,” he said.

Because students are out of school due to COVID-19, Keyes and his K-9 friend miss the speaking engagements the most.

“We miss going into the schools and speaking with the children.” he said. “We had one or two more scheduled this year that we won’t be able to go to because of all this going on.”

Keyes does not have a favorite school to make presentations, but he does have a special bond with the current sophomores at River City Early College.

Last year, as freshmen, the student council group started a community service project to raise money and purchase safety vests for the working K-9s in Vicksburg and Warren County. The class purchased four bullet proof vests and divided them among the Vicksburg Police Department and the Warren County Sheriff’s Department.

“For those kids to see the necessity of it and care enough about us and our partners to raise the money was awesome,” Keyes said.

Once the idea was cleared by teachers and staff at River City Early College, the students ran with the idea and turned it into reality.

“It was all student led,” Keyes said. “They raised the money, got the sponsors and purchased the vests.”

He said Heidi’s vest is just a smaller version of the vest he wears every day.

The bond between these two is like no other.

From patrol to the pulpit, Marvin Curtis has spent a lifetime ministering to others