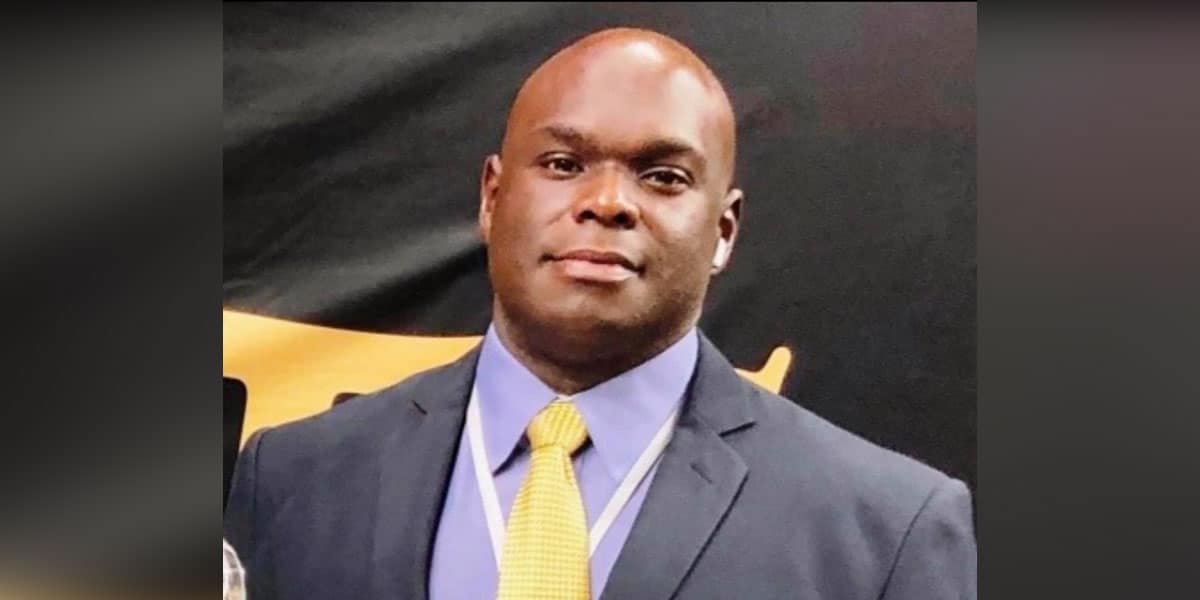 Daniel Harris, Jr., grew up in the small town of Anguilla, Mississippi, with a family that bestowed a positive outlook on life.

Harris has made it his mission to pass down that same positive outlook to all he encounters in his lengthy career in law enforcement.

“My mom’s motto was if she can help one person each day, her living won’t be in vain,” he said.

With his mother devoted to civil rights activism, Harris tossed around the idea of being a lawyer, but ultimately, he decided to follow in his father’s footsteps instead.

“My dad was a part time law enforcement officer in Louise, Mississippi, and my uncles were security guards. I even had one uncle who was a military veteran,” he said.

As a student at Alcorn State University, Harris began his law enforcement start in Claiborne County as a jailer.

Two years into his new career, his mother, Emma Cooper Harris, became the first African American woman to be elected mayor of Anguilla, which is located in the heart of Sharkey County, in 2001.

Harris moved back home and worked for the Sharkey County Sheriff’s Department. His passion for law enforcement grew when he was sent to the police academy. His career took a new direction when he accepted a job with the Mississippi Department of Correction in 2003 while still working part time with the Sharkey County Sheriff’s Department. After a two-year stint with MDOC, Harris piqued the interest of a Vicksburg judge.

In 2005, Judge Frank Vollor recognized Harris’ talent and asked him to work as a drug officer for the Warren County Drug Court where he has been now for 15 years.

Harris uses his law enforcement career to instill a positive spirit and encouragement to the drug offenders he encounters through the court.

“When I would see my clients in drug court, I would always say or do something to make them smile,” Harris said. “I don’t know what has happened in their past or what they’ve gone through, and I just want to be there for them.”

Harris said some of the offenders aren’t amused with him and may try to cause problems, but as the jail door slams, he always shares the same message to each of them.

“Keep your head up,” he said. “My dad passed away when I was 10, and he would always tell me to never look down regardless of what may happen. You may fall down, but you have to get back up, stick your chest out, and keep your head up.”

Those pep talks from Harris work for some of the drug offenders, and he never sees them again, but even the addicts and repeat offenders cling to Harris’ words.

“Even when the addicts fall and come in again, yeah, I’m disappointed, but I still work with them harder. I tell them, ‘There’s nothing I won’t do to get you back on track,’” he said.

Harris shared that most drug offenders he sees really don’t have a solid family life and no one to look up to. He tries to offer that sense of stability and mentorship they have lacked in their life.

Harris also works with the Vicksburg Police Department as a patrol officer.

His mother died in March of this year, and Harris still holds her motto of helping others near and dear to his heart, now more than ever.

Vicksburg’s youngest residents learn about the heroes of 9/11 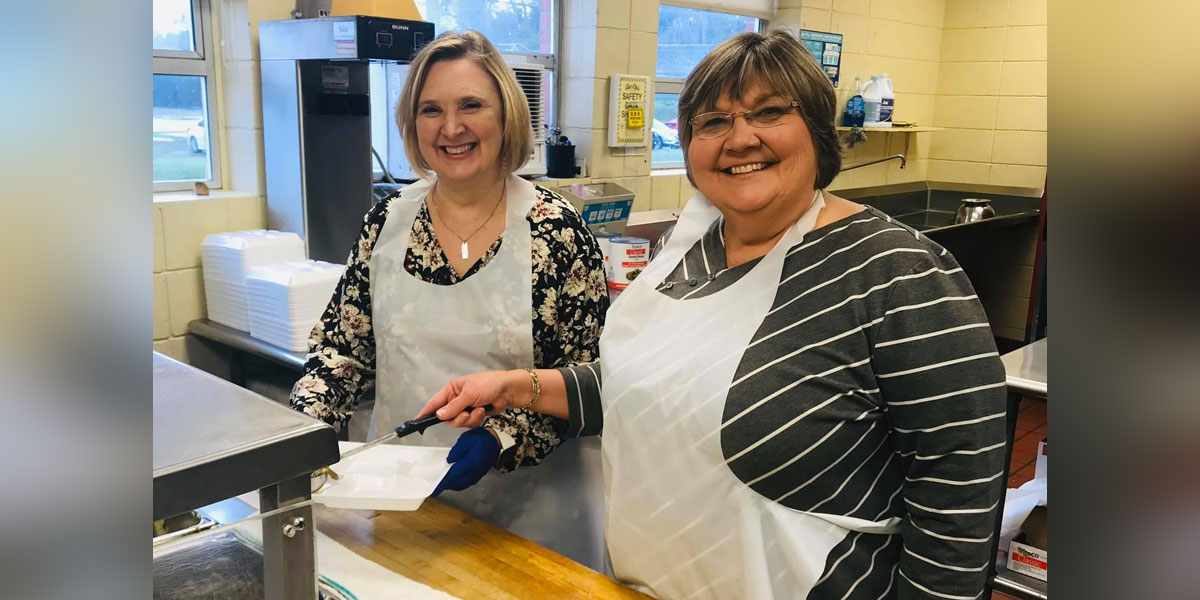 Karla McHan and her colleague and mentor Mary Arledge on the first day of school this fall. (photo courtesy K. McHan)

When Karla McHan was looking for a challenge last year, she had no way of knowing exactly how challenged she would be.

“I really enjoyed seeing education from a different perspective and loved the opportunity to work more directly with teachers,” McHan said.

The experience motivated her to go back to school for her master’s degree in educational leadership, something she had put off when her children were young.

“I decided it was time to venture out and knew I could bring my perspective as a longtime teacher to educational decision making,” she said.

A rare history position opened at Vicksburg Catholic School in 2016, and McHan could not pass up the chance of working with a man who had been the principal of her elementary and junior high schools when she was a student: Dr. Buddy Strickland.

“It seemed like everything just fell in place,” she says of making the move to St. Aloysius High School. VCS also offered McHan a unique opportunity to advance her career and more openly share her faith.

“As a practicing Catholic, I was excited about being in a school environment that so beautifully incorporates faith and love of God and neighbor in its daily activities.”

St. Aloysius is much smaller than Warren Central, and McHan said it was a great place to step into the role of principal last year. “The smaller setting helped create a stronger sense of family, and I got to know everyone better,” she said. “That’s important when taking on an administration role.”

As far as finding the challenges she was searching for, McHan got what she wanted in more ways than one in her position as the school’s principal. She experienced the typical new-principal challenges such as gaining the faculty’s trust and learning how to best utilize each staff member’s individual strengths, but then life threw her a curve ball.

”Hands down, the biggest hurdle I have faced has been COVID-19,” she said. “I think all new principals spend their first year in survival mode, but that moves into a whole different level when a pandemic hits three-quarters of the way through.”

McHan said that creating a distance learning program and putting it into action effectively was one of the most difficult tasks she has faced on any level of her education career, but it has been especially trying when coupled with the responsibility of every student and faculty member in her school.

“I considered all of the typical administrator duties when I was deciding to move,” she said, “but helping teachers and students adapt to distance learning while identifying the academic gaps that come with extended time away from the classroom was never on my radar.”

McHan credits her faith, the support of her family and the “fabulous faculty and staff at St. Al” for her success. She also credits the great relationship she has developed with Mary Arledge, principal of St. Francis Xavier Academy. “She is just an incredible mentor and supporter,” McHan said of Arledge.

McHan is clearly not a person to relax when the going gets good. In addition to constantly trying to better the distance learning processes, she plans to continue her education and pursue a specialist’s degree. Her plans also include more time with family and traveling with her husband, David.

“It may sound crazy considering the current state of educational practices, but I definitely foresee being able to relax a little soon,” she said, “and I can confidently say that because I know I have the backing of such a hard-working, supportive staff.” 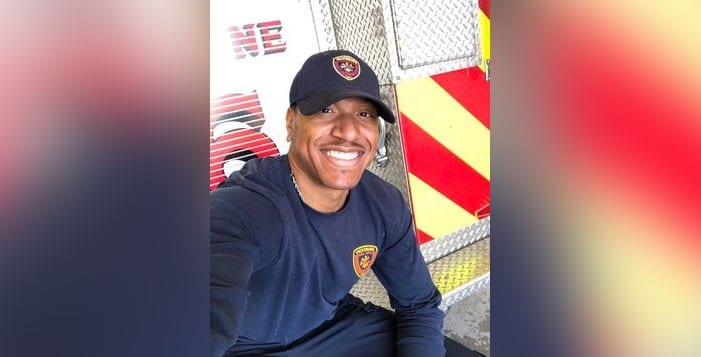 Vicksburg native Tonya Brooks is now celebrating two years of being breast cancer free this month after defeating the disease that kills over 42 thousand people every year.

In March 2017, Brooks felt a lump in her left breast but didn’t get it checked out until September of that year. After receiving a biopsy and a mammogram, she was officially diagnosed with breast cancer on October 2, 2017.

“I was all over the place when I received the news,” Brooks said.

Just a couple of weeks after being diagnosed, Brooks began treatment which included 18 rounds of chemotherapy. Not only did she have chemotherapy treatment for nearly a year, but she also went through 25 rounds of radiation.

Surprisingly, Brooks never felt sick at all during her time dealing with breast cancer but she still encourages all women to get checked out.

“Lots of women don’t get tested because breast cancer doesn’t run in their family but checkups are good and always do a follow up, because it’s better to be safe than sorry,” Brooks said.

Brooks received all of her treatments at the Mississippi Baptist Medical Center in Jackson, Mississippi and she had a strong support system back home.

“Never give up and never lose faith,” Brooks said, as words of encouragement for those who are going through breast cancer.

As of October 19, 2018 Brooks has been cancer free and continues to live a happy and healthy life.