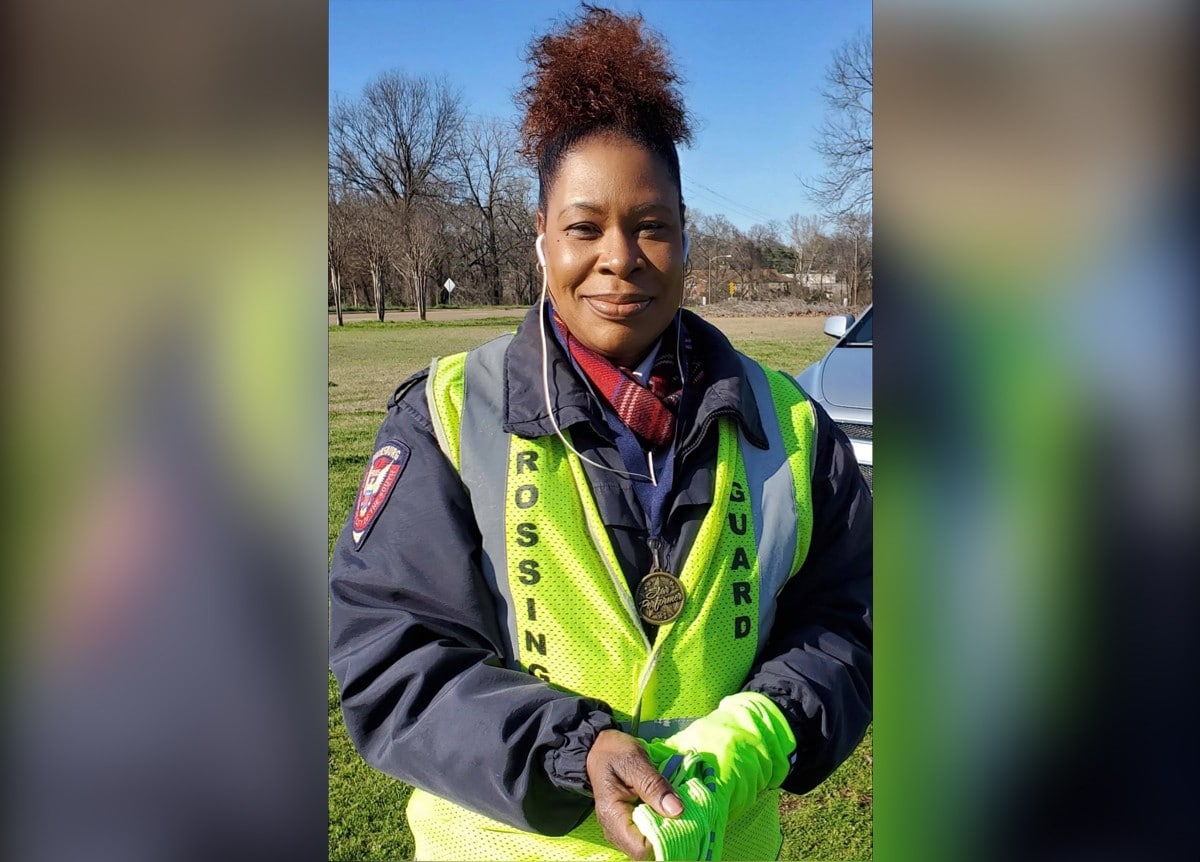 The Vicksburg native has been pursuing traffic directing for the past five years.

“I am passionate about being a crossing guard,” Johnson said. “It is a dangerous job to have, but I love it.”

Her enthusiasm and passion pour out into every person she encounters at her post, and they pour just as much back into her.

“Sometimes something may be going on in my life where I may be  disappointed,” Johnson said, “but when I get out of my car and see the sweet faces of the kids and their parents taking them to school it makes my job worth it.”

Being a crossing guard, Johnson is exposed to all weather elements.

“It can be pouring down rain,” she said, “and those kids roll down the window just to speak to me, and that just brightens my day.”

Johnson said it’s not the money that keeps her going. That is why she works an additional job as a production manager for the Vicksburg Warren School District where she has been working with the Child Nutrition Department since 2007.

“My mother was involved in child nutrition, and she actually trained me to be a head cook while she was on partial retirement,” Johnson said. “From there, I was asked if I want to go to manager school, and now I am a certified production manager.”

Johnson has made it her life to be a shining light for the people she sees each and every day, and they notice.

“Just a couple weeks ago, my daughter called me and told me they had a post about me on Facebook,” Johnson said. “She sent me some of the post, and I got emotional because I had just had the worst week. People actually took the time to say sweet things about me.”

Johnson said that was one of the most heartfelt moments in her career and made her bad week disappear from her memory. 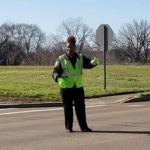 But it’s not just the students and parents that feel her positive vibes. Community members have also expressed praise for Johnson’s work. She was called to the office of the school she was working at and there sat a basket of goodies and balloons.

“A lady was there with an appreciation basket and said she and her coworkers talk about the smile I always have on my face while working,” Johnson said. “The lady said they will come through my post just to see my smile if they have had a bad day.”

That story, and many more just like it, bring tears of joy to Johnson’s eyes.

Even though Johnson did not start her crossing guard career right away, it has been a passion brewing from a very young age.

“I remember when I was 12-years-old, and I went to McIntyre School,” Johnson said. “I went to a carnival, and they had lots of different career options at the carnival. I remember seeing this crossing guard with police hats and thinking, ‘I want one of those hats,’ and I said right there I want to be a crossing guard or a traffic director.”

Years later, she got her chance.

“He wasn’t talking to me, but I was eavesdropping, and when he asked her did she know anybody I burst out and said, ‘I’ll do it! I’ll be a crossing guard’.”

Johnson filled out the paperwork and her training started. Her first post was at Bowmar Elementary.

“I built such a bond with the parents and students at Bowmar Elementary,” she said. “Then they moved me to the Mission intersection where I’ve been for two years.”

The smiling crossing guard did not start off smiling at the Mission 66 and Baldwin Ferry Road intersection.

“I told them I didn’t want to do it,” she said. “That intersection terrified me. I just watched my supervisor do it the first day. Then I did it just a little bit and my supervisors, Bobby Jones and Eric Paymon, worked with me.”

“The next day, I got out there by myself, and it was like I had been doing it all the time. It just came naturally.”

Johnson, a mother of two and grandmother of two, says it makes her day when the students recognize her even out of her uniform.

“Everybody says what I do is phenomenal,” she said, “but I give all the glory to God.”

Johnson regularly attends Calvary Baptist Church and is a member of Greater Mt. Zion Baptist Church where she sings in the choir and with the praise team.

“I guess you can say my church and being a crossing guard are my two passions, ” she said.

“I have the most rewarding job in the world,” she added, “and I love it.”

“Those who keep us safe” is a series profiling people in Vicksburg and Warren County whose work contributes to our safety, whether on the front lines, in the back office or in positions of leadership in organizations dedicated to serving the community in times of danger and crises. Nominate someone for the series by sending an email to [email protected], letting us know why the community should know about him or her.