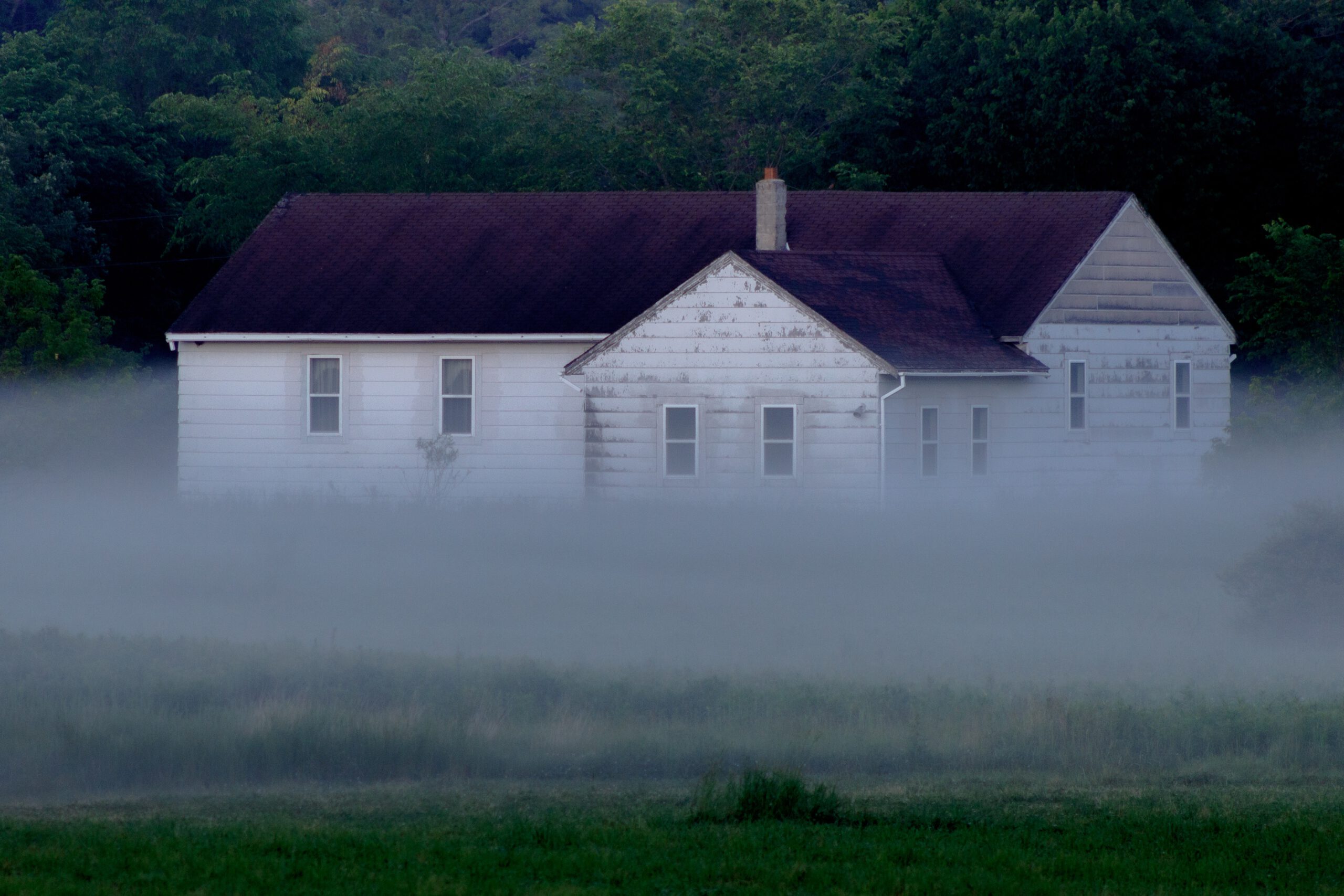 When I was a younger man in my 20’s, my friends and I decided to play around with the paranormal.

We heard a rumor that an old, desolate home which rested beside the roadway was haunted. Some called it the “Vampire House”.  The origin of the name was unclear, but the gist was that over 100 years ago, a reporter came to do an interview for a story. That reporter never returned to work.  The found his body, drained of blood, a few weeks later.

I was the skeptic of the group. I didn’t believe in all the mumbo-jumbo, but was more than happy to entertain the notion with my friends.  So, we decided to pay this place a visit for ourselves and see what was so spooky about it.

We arrived to the home late one night. It was in autumn, though I cannot remember the exact month or day. I remember it being cold.

The home was falling apart. Half the ceiling was in the living room and the floors were riddled with holes. Being the bright bunch of individuals we were, we decided to enter the home and explore.

Two of my friends started freaking out, saying they saw something and decided to run to the car. Me and another friend decided to stay a bit longer and prove that we were not going to be scared so easily.

Now, I did not see anything myself, nor did my friend.  We decided to go back to the car and take the others home.  When we got to the car, the two friends that  got scared started pointing at the house. “TAKE A PICTURE! TAKE A PICTURE!”  I did not see anything worth taking a photo of, but I was getting bored with the experience and humored them and took a photo with my cell phone.

We got back to town and I dropped everyone off and didn’t give it a second thought.

The next day, one of the friends who wanted the photo asked me if I could send it to them. I told them it was no problem and began to pull up the photo. That’s when my heart felt like it stopped.

I remember taking the photo. There was nothing to be seen with the eye except an old, abandoned, falling apart home. However, the photo told a different story.  The photo captured, clear as day, an old woman standing on the porch. She was dressed in an old-time dress with ruffled shoulder sleeves and a long dress. The dress stopped at where her ankles would have been and it appeared she was floating.  Her hands were clasped together as if she was praying. Her hair was arranged in a bun and she appeared to be older, maybe in her 60’s or 70’s. There was also transparency to her. The home could be seen through her, yet she was opaque enough to be perfectly made out in the photo.  I freaked.

My skeptic thought at first “double exposure” but this was not a film camera. This was digital, there would be no way to double expose it. I was at a loss for an explanation.

I kept the photo for years, unable to explain it and showed it around to friends, who equally had no explanation to offer. Eventually the photo was lost. I made an attempt a few years later to go back to the residence to see if I could reproduce the photo but to no avail. The home had since been torn down the rest of the way and all that existed in that location anymore was woods.