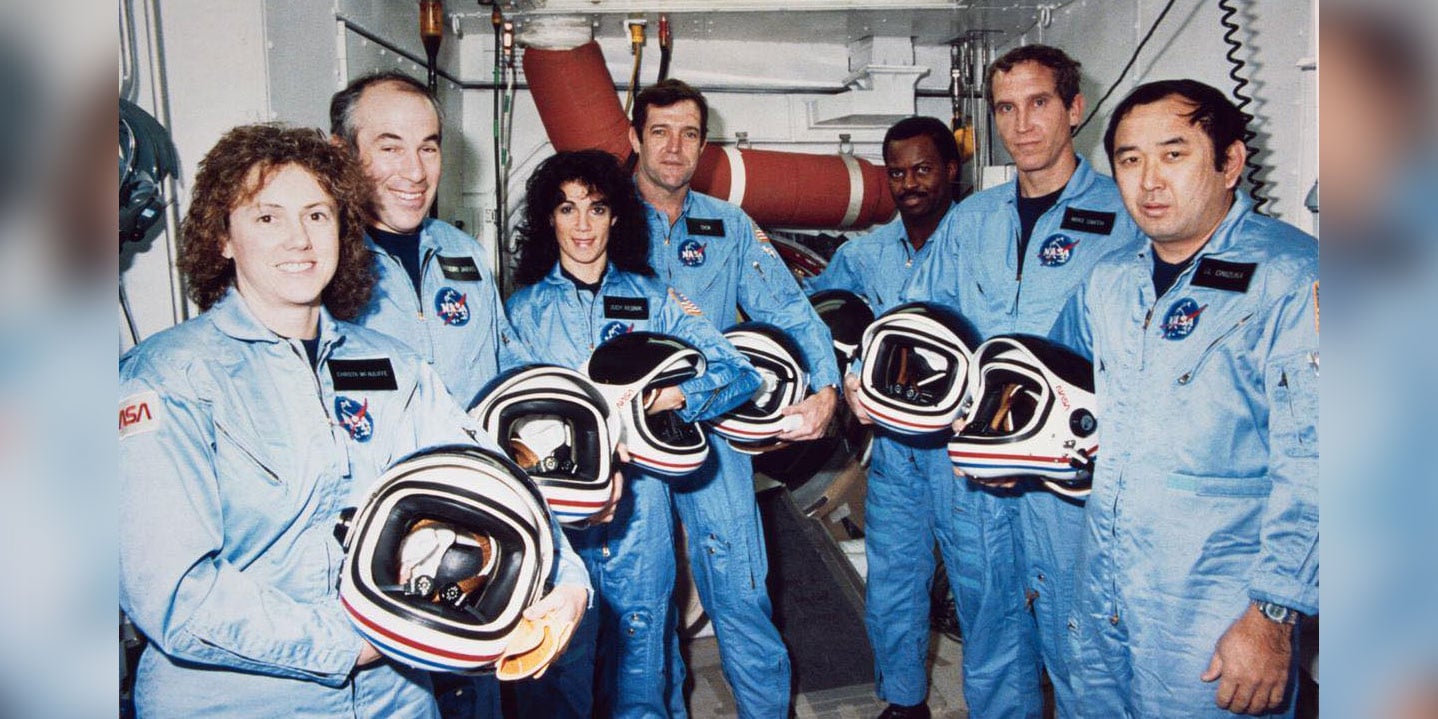 Thirty-five years ago in a town called Cape Canaveral, in the state of Florida, inside a 4.4 million-pound launchpad assembly, inside a space shuttle, inside a crew cabin, inside a locker, inside a black duffel bag, was a soccer ball.

This is the story of that soccer ball and how it became important amid 14 tons of other debris the space shuttle Challenger explosion scattered across the Florida coast and in the Atlantic Ocean on a fateful day in January in 1986.

That day there was much more media coverage for this space flight than normal. By 1986, shuttle launches had become almost routine, but on that day, America was putting its first civilian in space, New Hampshire school teacher Christa McAuliffe. Classrooms around the country were watching live thanks to a special NASA broadcast feed.

For that reason, many people can remember that day and where exactly they were. Many people can tell their personal story of watching the historic launch and how they felt when just 73 seconds after liftoff the sky over Florida was engulfed in flame killing all seven astronauts on board.

What many people don’t know is that also onboard was that tattered soccer ball covered in messages from schoolchildren in Texas.

Ellison Onizuka was one of the astronauts on the Challenger flight, and his daughter, Janelle, had given him that soccer ball ahead of the launch for good luck. The ball itself was no more than a practice ball used by Janelle’s team, but it was signed by her teammates and said: “Good Luck, Shuttle Crew,” on the side in big blue letters.

As Onizuka’s daughter woke up on Jan. 28, 1986 to watch the launch with the rest of the nation, the ball sat safely in Ellison’s locker on board the shuttle. So as the crew buckled into their seats and countdown progressed, it was just a ball.

It’s that same soccer ball that was found just hours after Janelle had handed it off to her father by the U.S. Coast Guard floating in the Atlantic in the recovery efforts.

While this story of heartbreaking engineering failure may seem to end there, it starts the rest of us off on an inspiring journey.

In numerous public speaking engagements, Janelle Onizuka has said that the moment she hugged her dad and handed him that fateful soccer ball was the last fond memory she had of him face to face.

Following the investigation into the explosion by NASA, all of the personal effects found from the crash were returned to the families of the crew members they belonged to.

Janelle’s mom, Lorna, received the call from NASA about the ball and decided to donate it to Clear Lake High School in Texas, just four miles from Johnson Space Center, where it sat in a display cabinet for nearly 30 years in remembrance of the Challenger crew.

The ball itself never made it into space on the Challenger, but its days on earth sitting idly in a display cabinet were numbered.

In 2016, Shane Kimbrough, an astronaut slated for a stint in the International Space Station, was preparing for his second trip away from Earth. He asked the Clear Lake High School principal if there was anything that the school wanted to put into space and her mind immediately turned to the ball on display.

The astronaut took pictures with the ball aboard the ISS cementing its redemption arc in space history.

And it’s all thanks to a family who chose to send a simple soccer ball into space- twice.