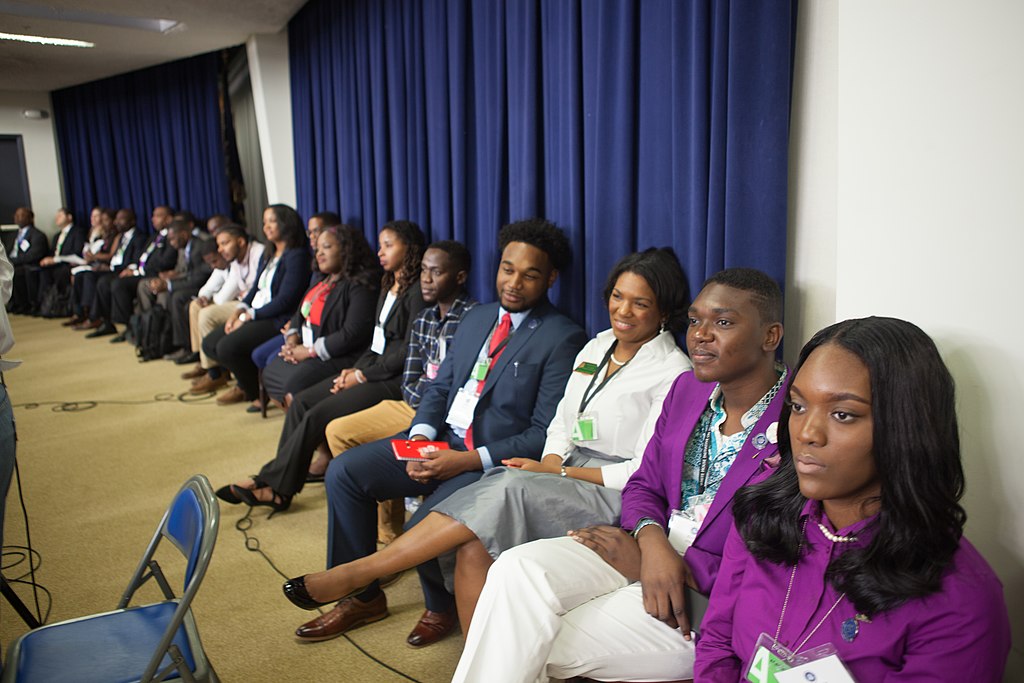 US Department of Education, CC BY 2.0, via Wikimedia Commons

The settlement that capped off a landmark case in the fight to desegregate higher education in Mississippi is about to run out.

Come July, the Legislature will have fulfilled its obligations in the $503 million payout that effectively ended the class-action lawsuit known as Ayers v. Fordice. And advocates for the historically Black public universities in Mississippi will start to look at whether it made up for more than a century of segregation.

How did we get here?

In 1975, Jake Ayers, a civil rights activist from Glen Allan, sued the state of Mississippi on behalf of his son, a student at Jackson State University. Ayers alleged that lawmakers, the IHL board, and the predominantly white universities used nearly a dozen policies and practices to prop up a dual system of higher education: One for Black students and one for white students.

After years of negotiations, the suit went to trial in 1982. A federal district judge in Oxford ruled that Mississippi universities had done enough to desegregate simply by adopting some “race-neutral policies.”

Undeterred, the plaintiffs fought the case all the way to the U.S. Supreme Court and, in 1992, the justices ruled in their favor. Mississippi had to eliminate any policy or practice that was a vestige of segregation — and contributed to the “racial identifiability” of each school. That meant the predominantly white universities had to edit their admissions policies so that Black students could gain entry. But the HBCUs also had to do more to attract white students.

It would take 10 more years for the state of Mississippi and the plaintiffs to agree on how to address the issues the Supreme Court raised. Over the objections of the Ayers family, the case was finally settled in 2002. The agreement focused on four areas where funding could help root out “remnants of a dual, segregated system of higher education” in Mississippi: Academic programs, capital improvements, university endowments, and financial grants to students.

Together, these four areas totalled approximately $417 million in promised funds over 17 years. Another $2.5 million in attorneys fees and $83 million that the Legislature had already appropriated brought the total payout to $503 million.

By the time the settlement is said and done next year, the HBCUs will actually have received about $530 million. In fact, $503 million is just the floor — if it wanted, the Legislature could allocate more money to the HBCUs under the auspices of the Ayers agreement.

“The settlement agreement represents the minimum requirements,” Caron Blanton, the IHL spokesperson, told Mississippi Today. “The Legislature has the authority to exceed those amounts at its discretion.”

The Supreme Court ordered Mississippi to find more pathways for Black students to gain access to the predominantly white institutions, or PWIs. One way the state accomplished that was by directing all eight public universities to start using the same admissions standards.

Another was through the creation of “summer development programs.” These were nine-week remedial courses for students who did not meet the new admission criteria but still wanted to go to college. The settlement set aside $6.25 million in financial aid for any student, regardless of race, who qualified. The Legislature ultimately appropriated $6.5 million. These grants ended in 2015 but the summer programs continue.

As part of the settlement agreement, Mississippi’s three HBCUs proposed establishing new academic and professional programs. This was thought to be another way the HBCUs could meet the court’s order to diversify and attract more non-Black students.

Valley State and Alcorn State both received $53.7 million. Valley State used the funds to strengthen its education programs by establishing a graduate program in special education, as well as several programs in biology, chemistry, history and math. Alcorn State focused on building up its nursing and business programs by enhancing library and academic technology, and creating a masters of biotechnology.

Jackson State used its $141.8 million to open an engineering school, a public health school, a college of public service, and to establish the “Provost’s Library and Scholarship Pool.”

A full list of programs established by the universities can be found here.

The settlement set aside $75 million for capital improvements on HBCUs’ campuses. As of this fiscal year, all $75 million has been obtained by the universities.

Some of the completed projects were undertaken to support the new and expanded academic programs at the schools. At Alcorn State, five projects were proposed in the settlement agreement. These included new equipment for the MBA program at its Natchez campus and repairs and renovations of Dumas Hall on the Lorman campus — both part of the effort to get an accredited business program — a biotechnology building, a new fine arts center in Natchez and property to “improve security and access” to the Lorman campus.

According to the IHL’s annual update in the case, Alcorn spent $12.4 million to construct the biotechnology building, $4.7 million on renovations at Dumas Hall, and about $243,000 to obtain furniture for the MBA program (the third phase of that project was not completed). Alcorn did not build a fine arts center in Natchez but spent $7.7 million on a fine arts facility in Lorman.

Alcorn did not request or spend any bond funds to purchase property to “improve security and access” on the Lorman campus, according to IHL. This is an issue many students still have with Alcorn’s campus.

Jackson State proposed two projects in the original settlement agreement. Those were purchasing the former AllState Building at 1230 Raymond Road for $3 million and constructing an engineering building on campus for $20 million. Jackson State ultimately spent $3.3 million on the AllState Building, now called the Mississippi e-Center, and $19.9 million on the engineering building.

Mississippi Valley State proposed four projects: $5 million worth of library enhancements, a science and technology building, $3 million for landscaping and drainage, and $1.9 million for repairs and renovations. Valley State obtained and expended funds in every category except repairs and renovations, for which the university did not request any funds.

Despite this money, the HBCUs still contend with issues related to poor facilities and deferred maintenance. Where the PWIs can lean on their large endowments to pay for maintenance, Mississippi’s HBCUs are more reliant on state funding. The Legislature has cut the budget for higher education in recent years, making it harder for the HBCUs to pay for regular upkeep.

When it came to endowments — a sign of a university’s wealth — the gap between the HBCUs and the PWIs was particularly stark. By the mid-1990s, the endowments of Mississippi’s PWIs were worth a combined $115 million. The three HBCUs had just $5 million in endowments.

The settlement sought to remedy this gap by paying out $105 million to create public and private endowments. But there was a catch: In order to access the funds, the HBCUs were required to have graduating classes 10% of which were “other-race” (read: white) students. At that point, the universities could use the endowments for other goals like raising faculty salaries. Until then, any interest generated was to be used to attract non-Black students.

The public endowment, which totalled $70 million, was fully funded by legislative appropriations in fiscal year 2019.

The private endowment is a different story. The IHL board was supposed to raise $35 million in donations. While the settlement agreement specified the board was to use “its best efforts” to raise the money, it also specified that “the inability to do so shall not be cause for setting aside this agreement.” Today, the IHL board has raised just $1,036,600.

The under-funded private endowment is one reason why some argue the Ayers settlement is not, and was never, enough to truly desegregate higher education in Mississippi. Many also point to the Legislature, which has slashed the budget for higher education in Mississippi. HBCUs have turned to the Ayers money to make up for the gap – not to catch up to the PWIs as intended.