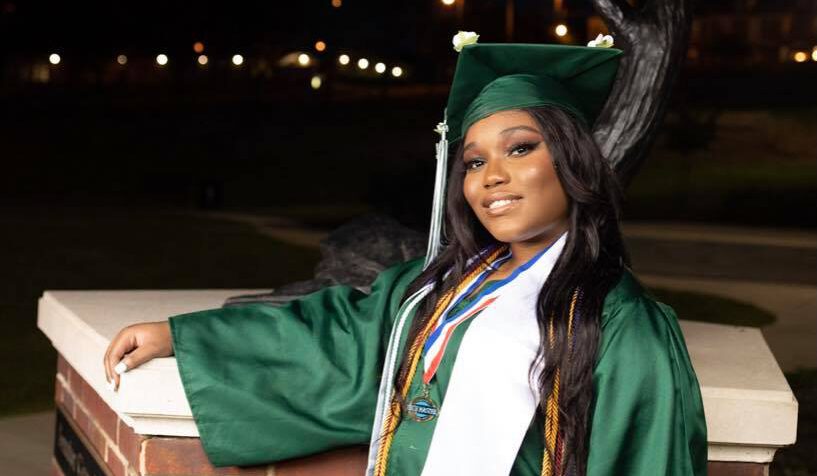 When the 2020-2021 school year began in the midst of a global pandemic, everyone knew they were in for a challenging year. But for Jazlyn Donald, the challenges were tenfold.

Jazlyn has sickle cell anemia and when other students were deciding whether to attend classes virtually or in person, She was on a ventilator praying that she’d even make it to see her senior year.

Jazlyn spent a large part of her senior year in hospitals and every time the pain became too great and she was tempted to give up, she reminded herself of her ultimate goal- walking across the stage at her high school graduation.

With her own determination, a supportive family and some very understanding teachers, She not only earned her high school diploma but she did it with an incredible 4.081 grade point average making her 8th overall in her graduating class.

Between her outstanding GPA and her extracurriculars, Jazlyn also earned a $10,000 academic scholarship to the University of Southern Mississippi. 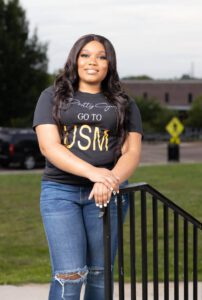 “Even though I’m always sick I don’t use that as an excuse. I use my illness to push me harder because I know what I’m capable of. I want to go as far as I can to help other people with the same illness as me. I want to be an inspiration to people with the same illness as me. People think because you have this illness you’re not capable of doing a lot of things, but I know I can do anything I put my mind to,” Jazlyn said. 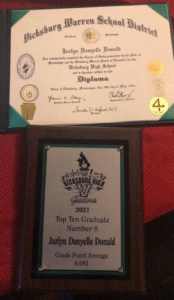 Jazlyn comes from a close family, and they were equally as excited to hear her name called at graduation and watch as all of her accomplishments were recognized.

As she walked along with the rest of her classmates last night, she listened as their names were called and their accolades were applauded. So when she realized they had skipped her name, she stood there waiting for the assistant principal to correct it. When she again called the wrong name, the principal told Jazlyn to just keep walking.

“I told myself that none of this even matters anymore, but people don’t understand how hard I worked for my moment. I earned that. I deserved it. At that moment, I just started crying,” she said.

“They all know me. All of the administrators were right there. I don’t understand why they didn’t just correct her,” Jazlyn said.

She was also saddened by how the situation was handled later.

“When my family addressed the situation after the fact, they just sat there like it was no big deal. They tried to blame it on me and said I was in the wrong seat but we were put in alphabetical order before we sat down. It was also impossible because I was the last person on my row,” she said.

Jazlyn said she understands that mistakes happen. What she doesn’t understand is why they made her feel like she was wrong for being upset.

“They could’ve at least apologized. I mean, it may not be a big deal for some people, but I was looking forward to my graduation so much. Knowing I was working toward having my moment is what kept me going all those weeks in the hospital.”

Jazlyn said she isn’t going to dwell on it too much, because she has another goal to work toward now. She will be attending USM in the fall and majoring in nursing, preferably in hematology and oncology.

Jazlyn has proven she has the intelligence, strength and determination necessary to accomplish anything she sets out to do. And I feel quite certain we’ll hear the name Jazlyn Danyell Donald many times in the years to come.

We have embedded the video posted by the Vicksburg/Warren school district below. You will find the audio is highly out of sync, however the audio can be heard at time stamp 1:18:20 – 1:18:37. Students were called in alphabetical order and Ms. Donald was, indeed, not called with the rest of her class.

VDN reached out to Christi Kilroy with the school district to help shed some light on the oversight. As of the time of this reporting, we have not gotten a response. However, 11 minutes after our email was sent, the school district posted a photo of the top 10 which includes Ms. Donald. Kilroy has yet to respond to the email sent at 1 p.m., Saturday, May 29.