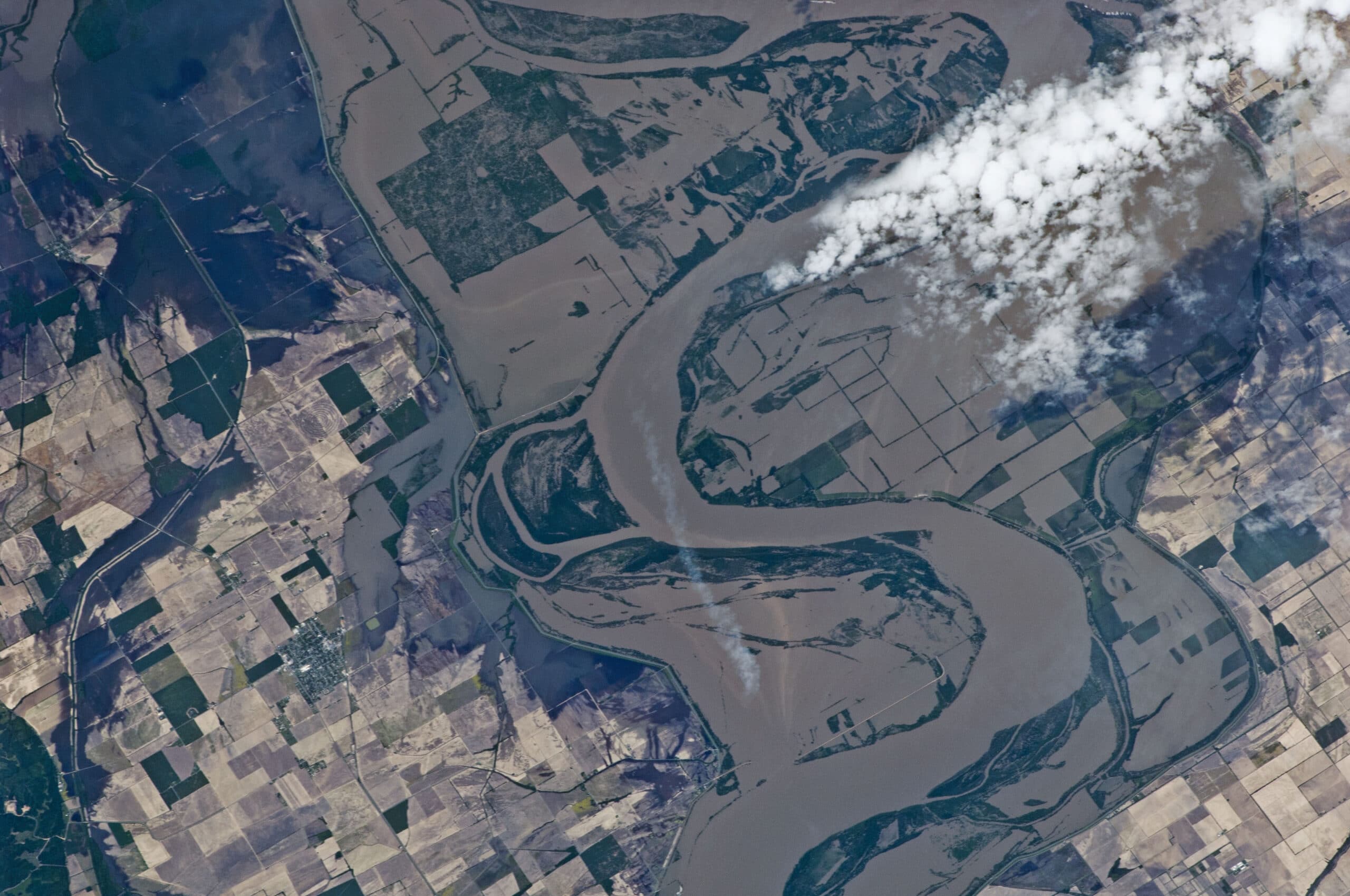 An Expedition 27 crew member aboard the International Space Station, 220 miles above Earth and the Mississippi River, captured this May 12 still photo, clearly showing the outlines of some heavily flooded agricultural fields on the Missouri side of the river. (credit: NASA) 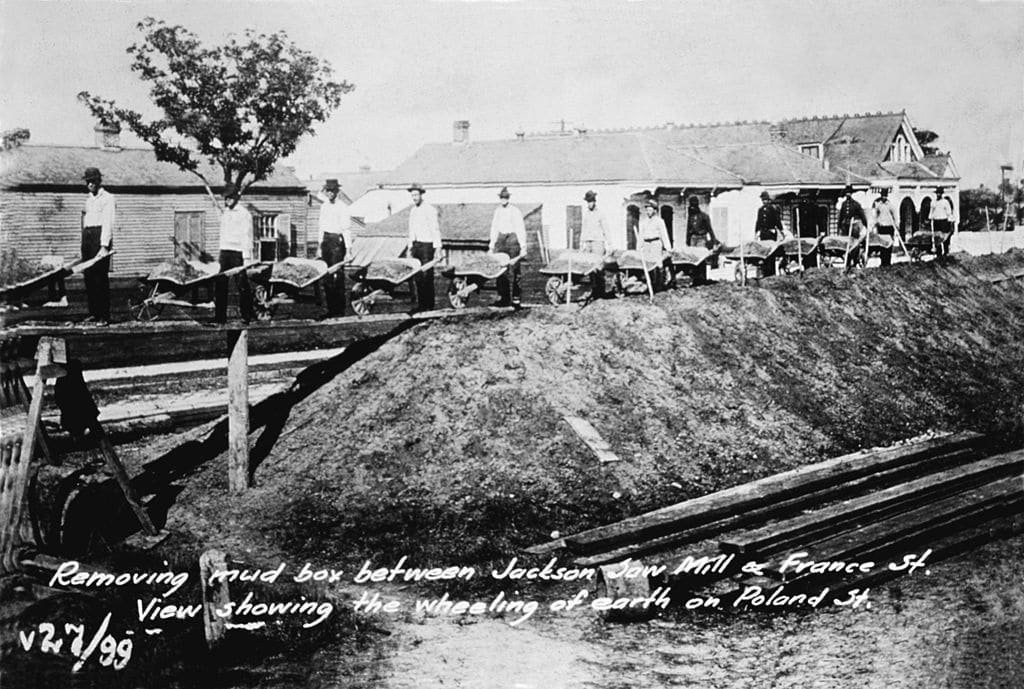 One of the Corps numerous archived photographs that show navigations, flood fighting, and life along the Mississippi River. Team New Orleans, U.S. Army Corps of Engineers, CC BY 2.0, via Wikimedia Commons

After the Great Flood of 1927, Congress passed the Flood Control Act of 1928 which called for an immediate plan to tame the Mississippi River. The next decade saw the construction of many locks and dams, hundreds of runoff channels, and many miles of higher levees. Another flood in 1936 proved that the great river would not be so easily controlled. A new plan was needed.

Then district engineer for the U.S. Army Corps of Engineers in Memphis, Eugene Reybold, was familiar with the Mississippi River Flood Control Model (MRFCM), and was inspired by both the successes and the shortcomings of the project illustrated by the 1936 flooding. Reybold envisioned an even larger scale model depicting the entirety of the Mississippi River basin to study over time, providing data and insight that would aid in planning for future flood-control problems as well as testing the viability and limits of current and future infrastructure projects. 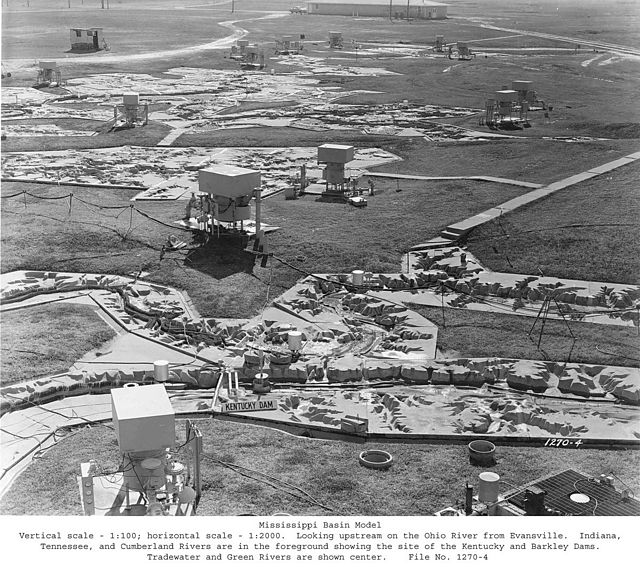 With World War II underway, one of the challenges of the massive undertaking would be the vast numbers of laborers and construction workers serving in the war effort. It would actually be German prisoners of war to construct the model at a site chosen in Clinton, Mississippi — roughly about 35 miles from the Waterways Experiment Station located in Vicksburg.

An interesting tidbit of history surrounding the POW camps in Clinton tells of a Nazi General who escaped the camp on many occasions. He would head downtown and dine within the Jackson restaurants. He is also said to have sent a letter to Washington D.C. complaining about the conditions at the P.O.W. camp. He would then sneak back into camp, presumably to wait for his next opportunity to enjoy a hot meal. 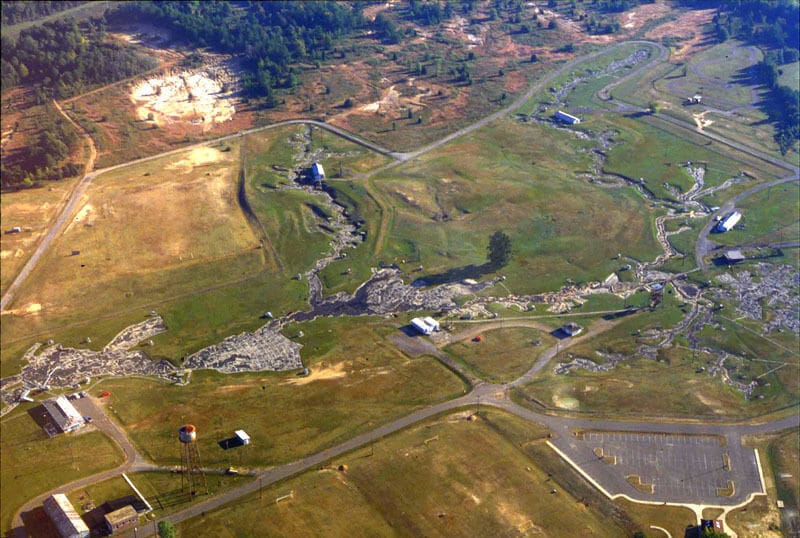 The massive scale of the model is best illustrated from the air (credit: USACE)

The model represented 1.25 million square miles of the Mississippi on a three-dimensional map of half the American continent, which was displayed horizontally on a scale of 1: 2,000, vertically on a scale of 1:100 and covered more than 200 acres. The ambitious model mirrored the current topography of the Mississippi River basin and used data from hydrographic and topographic maps, aerial surveys and valley cross sections.

The project was initially expected to be completed in 1948, but construction continued until 1966, after 26 years of work.

The first successful use of the model came in 1952, when it predicted a flood allowing government officials to raise levees and anticipate evacuations. Later that year, estimates credited the model for preventing $65 million in damages. 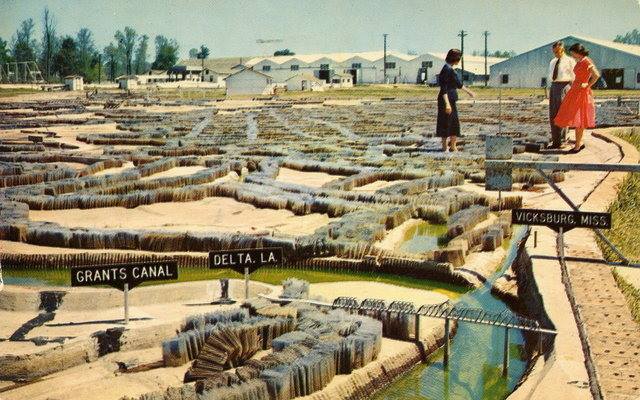 Insight provided by models not only helps forecast the future behavior of the river, but also allows scientists the opportunity to conduct experiments that bring about innovations in harnessing the great power of the second longest river on the continent, which flows 2,350 miles through the center of the U.S. and spans 11 miles across at its widest point. 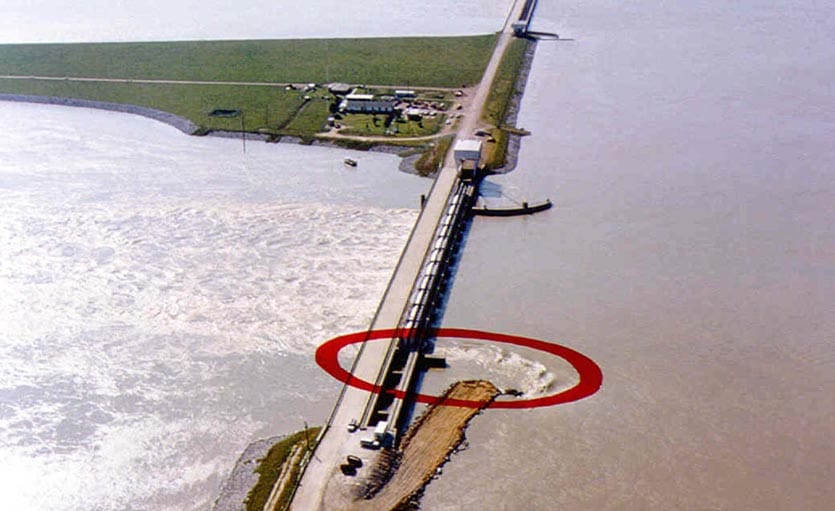 The Old River Control Structure’s Low Sill Structure as seen in April 1973. Turbulence from a major flood caused the 67-foot long southern wing wall on the intake channel leading to the Mississippi River to collapse on April 14, and a large eddy can be seen where the wall used to be. The eddy helped scour out a football field-sized hole up to 50 feet deep that undermined 7 of the structure’s 11 gates and nearly caused its failure. A ramp leading to the eddy was built, and an emergency stone replacement dike was built. (credit: USACE).

With advancements in computer technology, digital models soon became the more accurate and cost-effective means of study and the Mississippi Basin Model eventually lost its funding. In 1973 the model ceased to be used in lieu of computer models. In its lifetime, it ran 79 simulations which each taking weeks, if not months, to run.

The model became more of a burden in the 1980s which led to the Army Corps. departure from the project in the 1990s. It was then transferred to the City of Jackson but was abandoned due to the cost of maintaining it.

“That’s one small step for man, one giant leap for mankind”