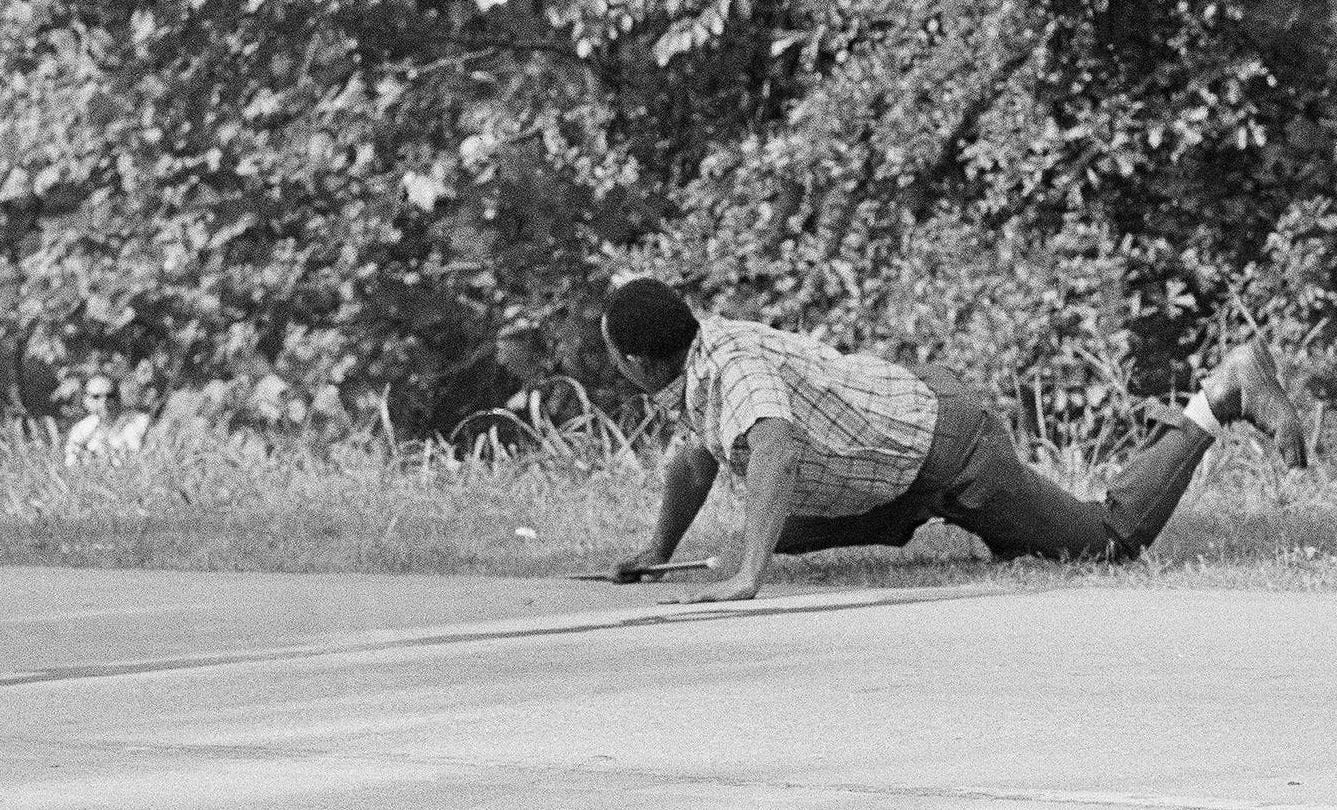 James Meredith was shot on the second day of his March Against Fear. His assailant can be seen in the bushes on the left. (Photo by By Jack R. Thornell, public domain)

On June 5, 1966, James Meredith of Kosciusko, Mississippi, began his historic March Against Fear.

Meredith, who was the first African American to enroll at the University of Mississippi in 1962, began the march in Memphis, Tennessee, intending to walk the 220 miles through the Mississippi Delta to Jackson. 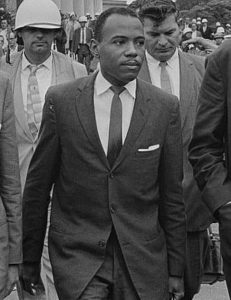 James Meredith as he walked to class at the University of Mississippi in 1962, accompanied by U.S. Marshals. (Photo by Marion S. Trikosko, public domain)

Meredith did not want the march to be a major media event dominated by Civil Rights organizations. He planned to walk by himself, accompanied only by a few black men, to highlight the racism in his home state and encourage people to vote along the way. The Civil Rights Act of 1965 hadn’t been law for a full year at the time.

On the second day of the march, Meredith was gunned down by James Aubrey Norvell, a white man, near Hernando. He survived but was wounded and hospitalized for a short time.

Civil rights organizations rallied to his cause. A half dozen organizations came together to complete the march, among them the Student Nonviolent Coordinating Committee, the Southern Christian Leadership Conference and the Mississippi Freedom Democratic Party. People joined the march as they could.

Along the way, the group registered thousands of African Americans to vote, although they were frequently met with resistance and harassment, including arrests and tear gas.

Twenty days after the march began, Meredith rejoined it June 25, the day before it arrived in Jackson. He led the march, now 12,000 to 15,000 strong, into the city walking beside Martin Luther King Jr. and other leaders of the Civil Rights Movement.

In 1967, Meredith completed the part of the march he had missed, from Hernando to Canton, Mississippi.

“I had to continue,” Meredith said simply to a journalist, “to be sure that I was not afraid.”

Meredith went on to earn a law degree from Columbia University, and became a professor and a writer and twice ran unsuccessfully for Congress. Never shying from controversy, he shocked many supporters when he joined the staff of conservative North Carolina Sen. Jesse Helms and endorsed Ku Klux Klan leader David Duke for governor of Louisiana. His explanation, that he was working the system from the inside, remains unsatisfying to many. He lives today in Jackson.

Norvell, Meredith’s assailant, was captured almost immediately after the shooting. He pleaded guilty and served 18 months of a five-year sentence after which he disappeared from the public eye.