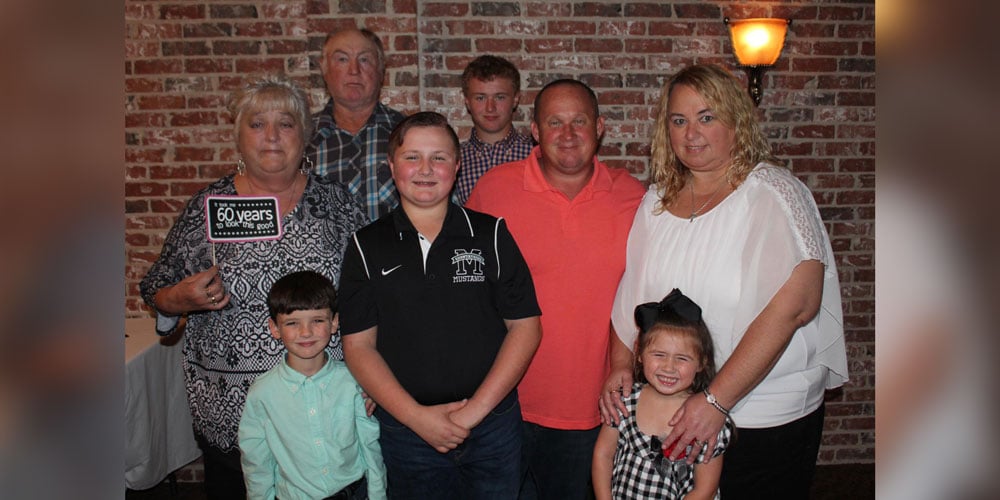 The Kirkleys (courtesy of A. Kirkley)

When Amanda and Lawrence Kirkley got married in 1997, they knew their life together would only be complete with lots of children running around.

After nine years of trying, the couple received the devastating news that they were unable to have children. They both tried to accept childlessness as their fate, and they spent the next six years feeling like there was a hole in their lives.

It was in 2012 when the Kirkleys learned that two of Lawrence’s biological nephews were at the Warren County Children’s Shelter that that hole in their lives began to slowly get filled.

Amanda said, “There was never a single second of hesitation on our parts to take them in. We knew those boys needed us, so we immediately contacted CPS (child protective service) and completed an application.”

Still, the Kirkleys had no plans to keep the boys permanently.

“One of my boys told me that he’d run away if he was forced to go back to his biological mother. He said I’d never see him again,” said Amanda. “She (the biological mother) was refusing to do the steps necessary to get them back, so that day I made them both a promise that as long as I had breath in my body, I’d fight to keep them safe with me.”

The Kirkley’s “nephews” are now legally their sons. “Please don’t call my oldest my nephew, either. He doesn’t react well to that. He’ll get mad and is quick to correct you that he is our son.” 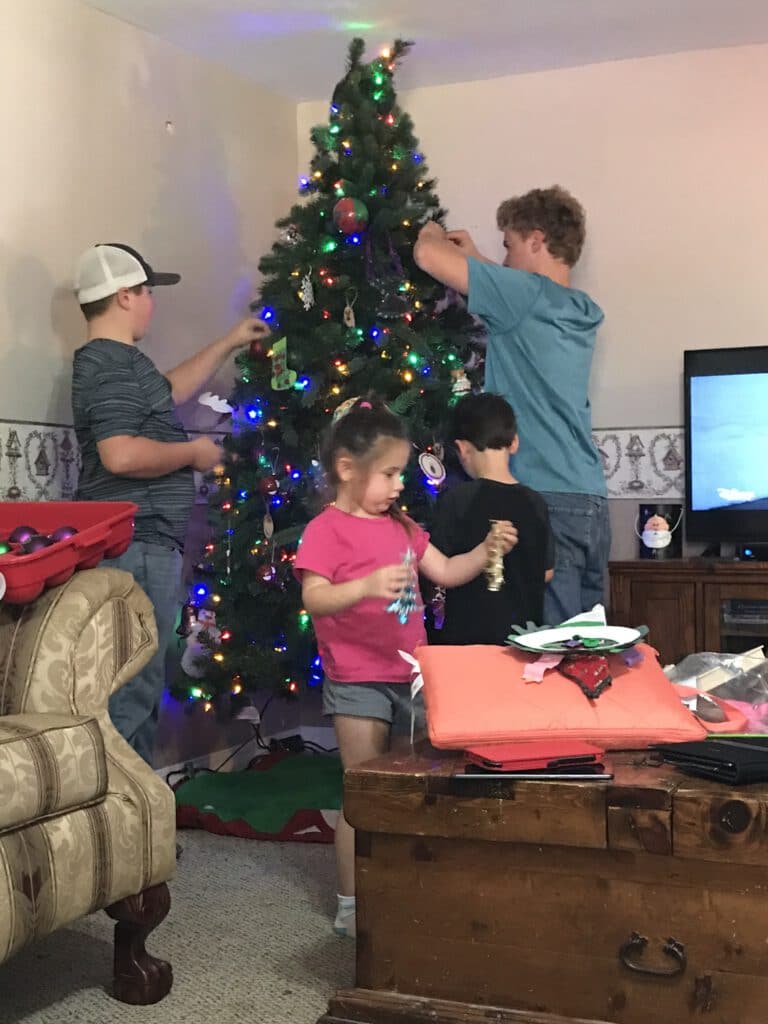 The Kirkley children (courtesy of A. Kirkley)

The Kirkleys became well known to CPS, so much so there was a running joke among the staff that “if you don’t want them (the children) spoiled, don’t send them to the Kirkleys”. Amanda began helping other potential foster parents navigate the steps they needed to take to be certified to help children in the system.

“The first step is to contact CPS and complete the initial application. Then you need to make sure you and your spouse attend every class offered CPS offers. You must have insurance and reliable transportation in order to transport the children to CPS visits with their biological parents. Your home must be childproofed, and you have to be comfortable with people coming in and out of your home,” Amanda said.

Sometimes the people coming in and out aren’t with CPS. Amanda recalls the time a biological mother tried to break in her home while she and the children were there. “We had the sheriff’s department on speed dial,” she said. But even that didn’t deter the Kirkleys.

The Kirkleys also make sure to tell prospective foster parents that they have to be aware of where the child is coming from and be ready to meet their needs. “I had a child that flooded the whole bathroom every time he took a shower. I realized he was too scared to close the shower curtain or bathroom door, so I just accepted the fact that I’d have to mop the bathroom every time he got out of it. I let him know it was okay and he didn’t have to be scared anymore.”

“A strong support system is also crucial,” said Amanda. “We wouldn’t have been able to do any of this without my mother and father there to help us out.”

“Before people consider becoming a foster parent, they also need to make sure they are up to the challenge of having to give up a piece of their heart,” Amanda said.

The goal in most cases is to reunite biological families, and that is a double-edged sword. Even in cases where the mother is successful in completing the steps to get her child(ren) back, having to give a child back isn’t easy.

The Kirkleys have had 11 foster children over the years and became a textbook example of a successful placement home, so they were called on whenever a hard situation arose at the shelter. A few years ago, they were called on to foster a brother and sister that would’ve been difficult to place. The Kirkleys immediately rose to the challenge. They took the pair in and have since legally adopted them.

The Kirkleys are now parents of four and that hole in their lives is now perfectly filled, but they are still close to CPS workers and available to help other prospective foster parents navigate the system.

Those Who Keep Us Safe – Sergeant Curtis Judge