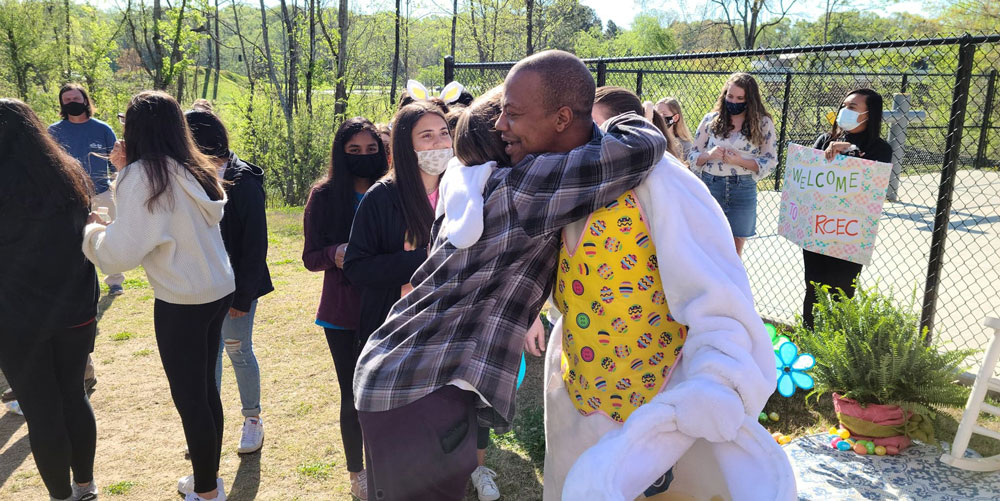 River City Early College educator Eric Lawson surprised his students by returning to school on Thursday morning disguised as the Easter Bunny after a long absence battling a serious illness.

“I’ve been out over two months. When you’re 48 and you’ve got to learn how to walk again, you know, small things really matter” explained an emotional Eric Lawson.

The unexpected illness kept the 10-year educator from teaching most of the semester. “These kids have emailed me, they’ve sent cards, they’ve made cards, so, I felt like I was a little missed.” 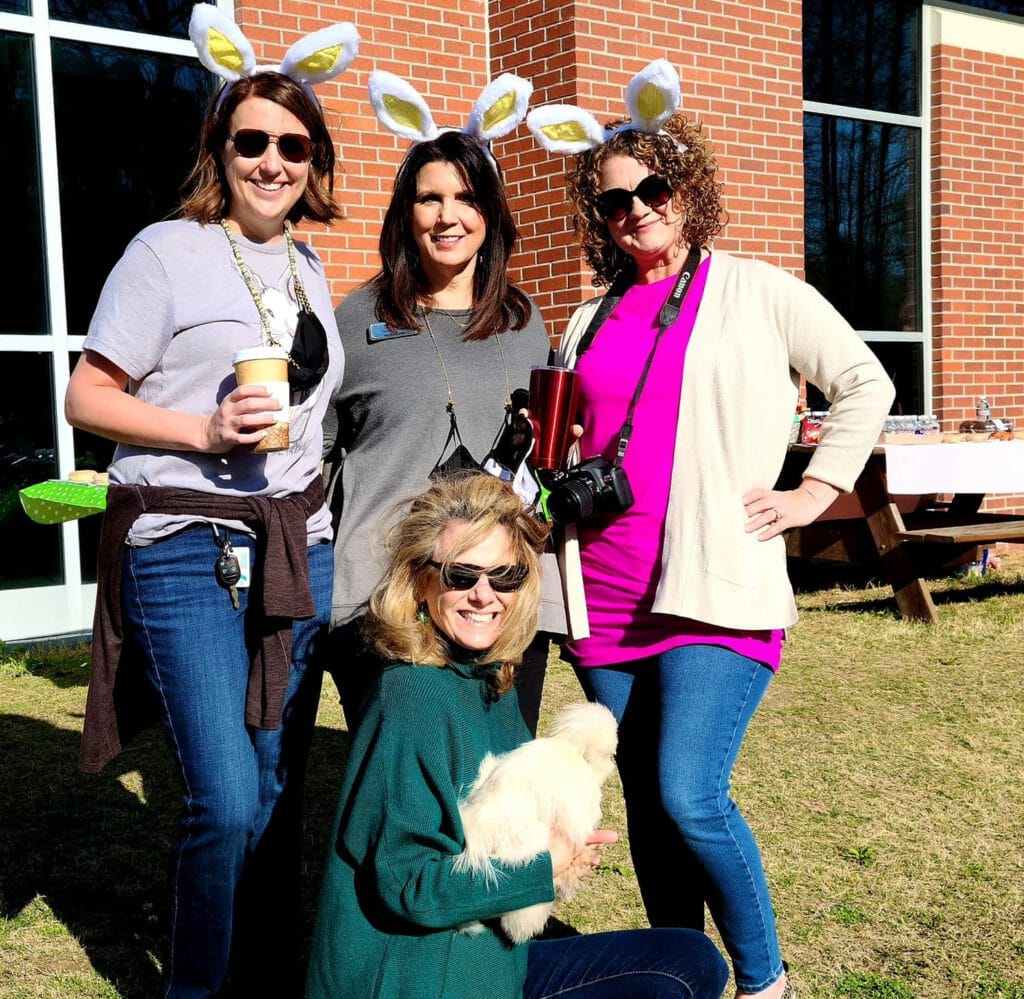 “That’s Mr. Lawson” screamed a bevy of sharp and perceptive students, much to the disappointment of the educators who wanted to surprise them. “We see his bracelet! That’s Mr. Lawson!”

Seconds later Lawson is seen removing his Easter Bunny costume head and a “the crowd goes wild” moment was caught on the live below:

Lawson’s students have been counting down the days for the return of their beloved Leadership and Physical Education teacher.  It was an emotional reunion with many of the students unable to contain tears of joy.

“I’m going through physical therapy right now.  It’s challenging,” Lawson said. “When you have days like this, it’s all worth it.” 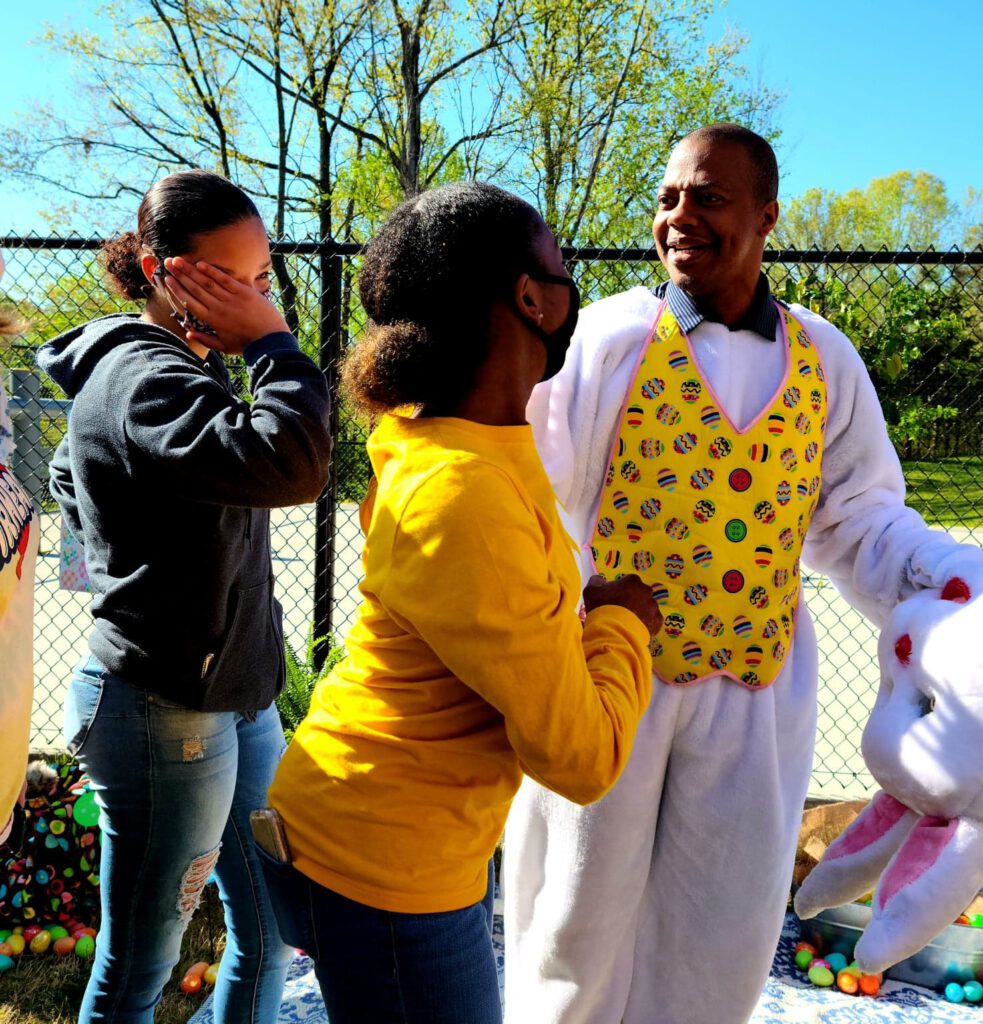 “He teaches the kids to use their story and how to overcome adversity,” stated co-educator Kelda Bailess, “It was already ingrained in him to overcome this … I mean, he’s a warrior.”

Lawson was delighted to announce that he will be returning to the classroom after the Easter holiday but wanted to give the kids something to get excited about going into the break.  The reunion was equally impactful on Lawson himself.