The groundhog saw his shadow 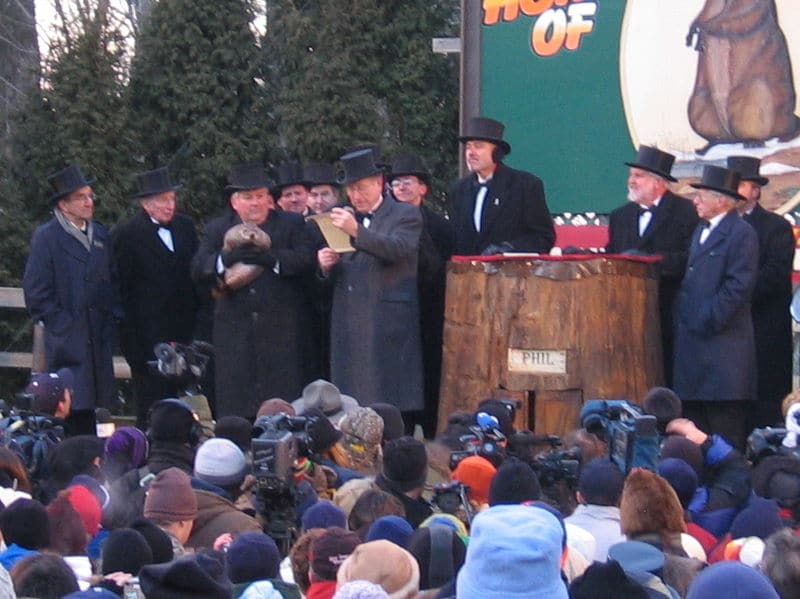 Groundhog Punxsutawney Phil saw his shadow this morning and retreated back into his burrow for another six weeks.

According to legend that means we will have six more weeks of winter. It also means that if you don’t like winter then the groundhog sucks.

Every year a ceremony is held in the city of Punxsutawney in western Pennsylvania. It’s a simple ceremony surrounded with a lot of bruhaha and decorum that has its roots in European tradition. In Germany the event was held on February 27 and called Candlemas. They used a badger and if it saw its shadow it meant 4 more weeks of winter. The tradition was first recorded in America in 1840, also in western Pennsylvania.

The tradition itself can be traced back thousands of years to Feb 2 and the Roman rite for the goddess Februa. Feb 2 is also one day after a “cross-quarter day” or a day that is halfway between the winter solstice and the spring equinox.